Samsung is once again sourcing Sony's imaging sensors for its latest Android flagship series, with certain Galaxy S9 and Galaxy S9 Plus models being equipped with hardware from the Japanese original equipment manufacturer, according to a new teardown performed by TechInsights. It's presently unclear whether Sony's sensors are more prevalent among Galaxy S9 units than those from Samsung's own factories but the sole fact that Samsung's collaboration with Sony continues indicates the South Korean tech giant still doesn't have the capacity to solely rely on in-house hardware for its best-selling devices.

Following the official launch of the ISOCELL lineup in mid-2017, Samsung started signaling it will be placing a larger focus on its image sensor manufacturing operations going forward and likely increase its financial commitments to the sector. According to one report from mid-March, the Seoul-based OEM is planning on doubling its image sensor production output over the course of this year and hence challenge Sony for the title of the world's largest manufacturer of such solutions. The same source claims the majority of Samsung's Galaxy S9 models still aren't using its own sensors but the company never clarified on the matter in any capacity. Sony itself is planning to ramp up its image sensor production operations which played an important role in the record-breaking quarters the firm experienced in recent times. Sony's 2017 fiscal year that ended March 31 is widely expected to be the most successful 12-month period in the history of the Tokyo-based tech juggernaut, with the company being scheduled to publicize its next consolidated financial report on April 27 when it's likely to confirm those optimistic forecasts.

Sony and Samsung's sensors made for the Galaxy S9 and Galaxy S9 Plus are effectively identical in terms of the end-user experience and their manufacturing costs are also believed to be similar, though Samsung is still believed to be paying more for outsourced components. The company's in-house sensor used by its new Android flagships is identified as the S5K2L3, whereas is Sony-made counterpart is known as the IMX345, with both allowing for 960fps slow-motion videos, HDR, and a wide variety of other contemporary imaging features. 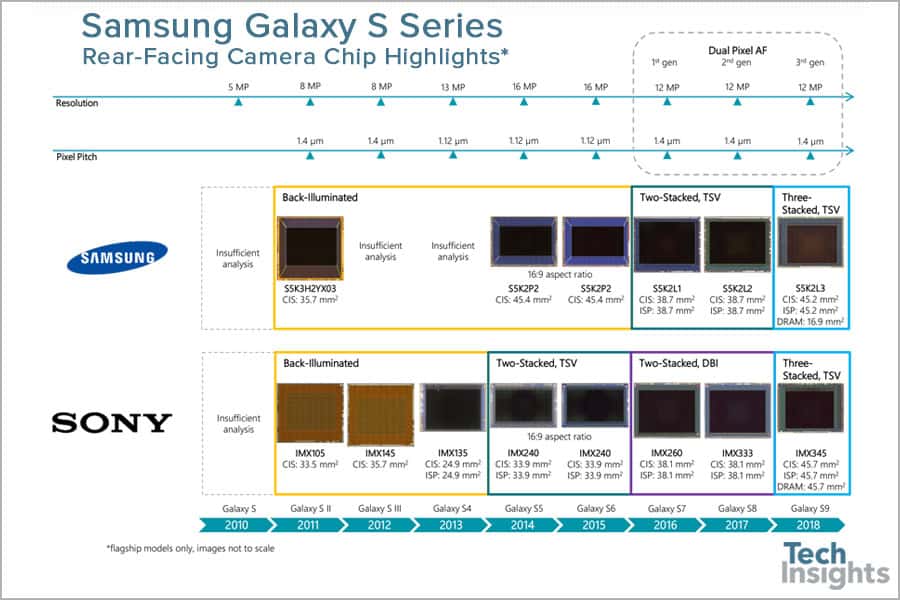