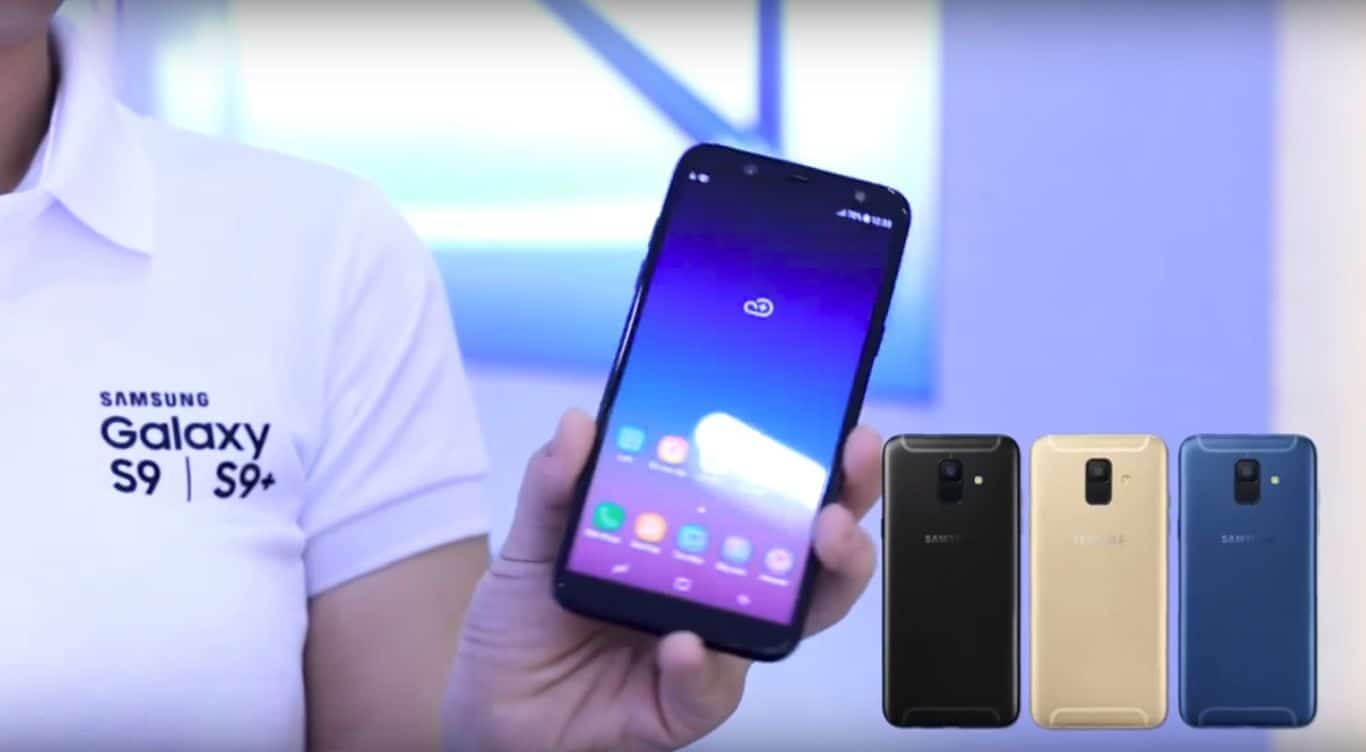 More hardware specifications pertaining to the upcoming Samsung Galaxy A6 were indirectly confirmed recently through a leaked training video originating from Vietnam, which appears to contain information for Samsung’s employees on how to present the device to prospective buyers. This strongly suggests that Samsung is gearing up for the smartphone’s release in the country, and although what’s said in the video is unclear to anyone not speaking Vietnamese, there are some bits of text throughout the video that reveal some of the smartphone’s characteristics, such as its elongated 18:5:9 image format confirming the previous reports pertaining to the inclusion of an Infinity Display.

Additionally, the video also confirms that the Samsung Galaxy A6 should be equipped with a 16-megapixel main camera boasting an f/1.7 aperture, along with a similar 16-megapixel front-facing unit with an aperture of f/1.9. The video also demonstrates the camera application’s sticker feature for selfie shots, as well as its post-processing bokeh effect capabilities. The smartphone has a 7.7-millimeter profile and is equipped with a 5.6-inch Super AMOLED display with an HD+ resolution which will likely translate into a pixel count of 1480 by 720. Additionally, the training material further reveals that the display is covered with a layer of 2.5D glass, meaning that it should have rounded edges and fairly thin side bezels. Finally, the clip also contains a shot of the smartphone’s back panel which, in this case, is shown in three color options including black, gold, and blue. As expected, the device has a unibody metal design with antenna stripes at the top and bottom, and the back panel accommodates a fingerprint recognition sensor right below the main camera.

As per previous reports, the Samsung Galaxy A6 is expected to be powered by the Exynos 7870 chipset clocked at up to 1.6GHz, paired with 4GB of RAM and 32GB of on-board memory which will presumably be expandable through a microSD card slot. The components are likely to rely on a 3,000mAH battery and software-wise it should run Android 8.0 Oreo. As far as availability is concerned, it’s evident that the Samsung Galaxy A6 is destined to hit the shelves in Vietnam, either early on or eventually, but nevertheless, the device should also hit the European, Russian, and Middle Eastern regions, if previous reports turn out to be correct, and could debut in India.