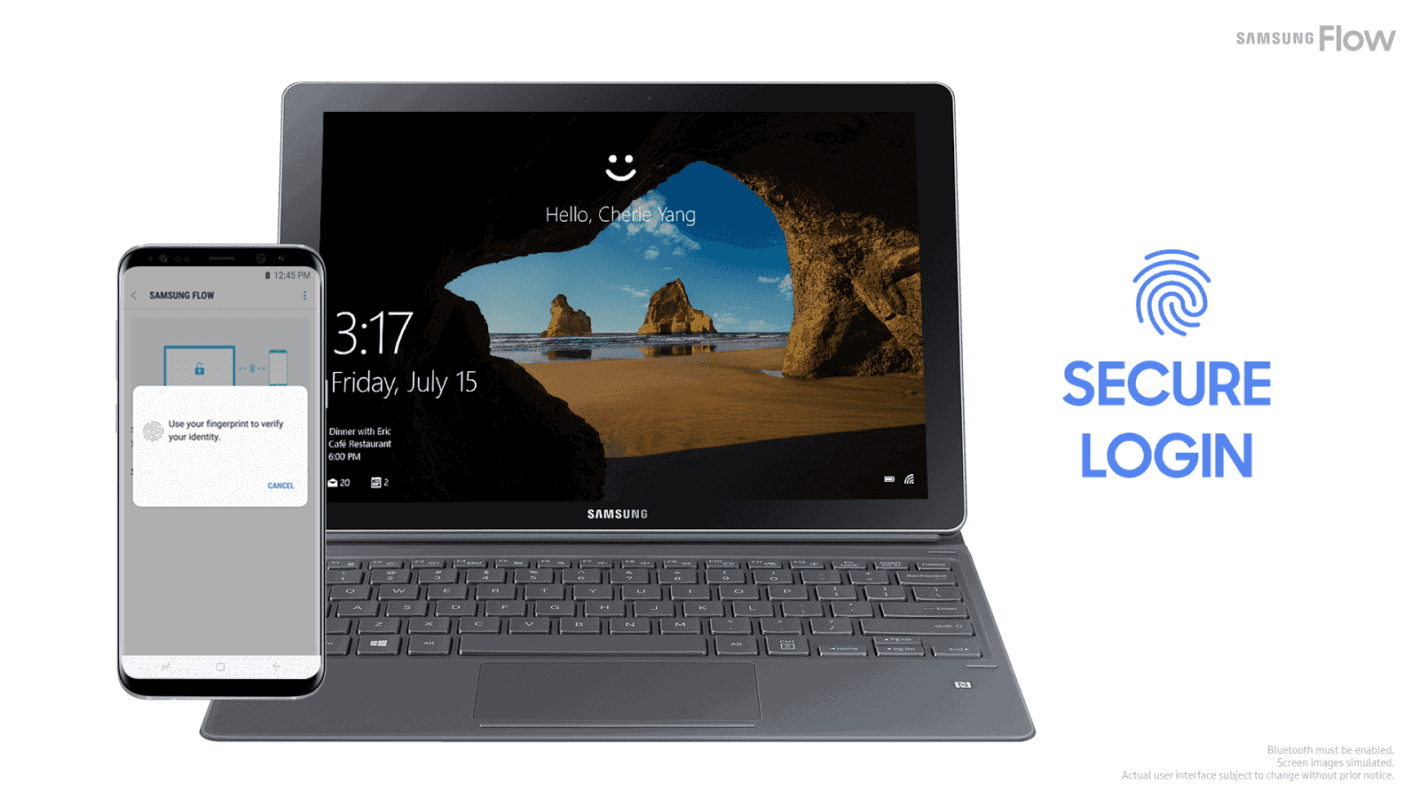 A new update for the Samsung Flow application was released earlier this week, expanding the app's availability to more devices including smartwatches powered by Tizen 3.0 OS, and introducing a new feature called Smart View which allows users to cast the contents of their smartphones onto their personal computers. With the latest update, Samsung is effectively giving eligible smartwatch owners the ability unlock their Windows 10 tablets and computers using their wrist devices, and this addition offers further functionality by allowing users to view notifications and check their shared content history directly from their phones. The function appears to be limited to scenarios where PCs are being unlocked through compatible Gear smartwatches.

Samsung Flow came a long way since it was originally introduced solely for select Samsung-branded devices, and one of the primary methods of improving the experience over the past year or so was to expand the platform's availability to new users. Following the latest update, the availability of Samsung Flow continued to reach more devices beyond Windows 10 computers and tablets running the Creators update and the June patch identified by the build number 15063.413, and as a result, the application is now compatible with smartwatches running Tizen 3.0, including the Gear Sport and Gear S3. This is on top of compatibility with tablets powered by Android Marshmallow including the Galaxy Tab Active 2, Tab A2, Tab S2, and Galaxy Tab S3, as well as Galaxy smartphones running Android Marshmallow or a newer OS version. Furthermore, the latest update should allow users to connect one Gear device along with one compatible smartphone to two Windows 10 computers simultaneously, whereas the newly introduced Smart View feature gives smartphone users the ability to mirror the content seen on their handsets onto their synchronized computers.

Samsung Flow can be downloaded on eligible smartphones from the Play Store, and Gear smartwatch owners should be able to acquire the app through the Galaxy Apps store within the next few days. Evidently, the application also has a counterpart for Windows 10 which can be downloaded from the Windows Store. Smartphone owners who already have the app installed should now check for updates, and likewise, the PC application will also have to be updated to the latest Windows version from the 'Downloads and Updates' section of the Windows Store.