A recent report from GlobalData has now shown that the growth of SIM cards in Europe increased by 15.8 million in 2017, fueled primarily by M2M cards. That’s actually a much slower pace than in previous years, representing approximately a 41-percent decrease from 2015. The analytics firm chalks that decline up to a lower rate of mobile terminations and a reduction in dual SIM cards. Those mostly fell in Central and Eastern Europe but GlobalData also says that SIM card market will continue to grow regardless. However, as already mentioned and based on an accompanying chart, that growth will depend predominantly on machine-to-machine (M2M) cards. For those who may not be aware, those particular SIM cards are not those used in a mobile device but are associated with end terminals or devices in the IoT category. The rate for handsets and standard data SIMs, meanwhile, is projected to be mostly flat over the next five years.

Breaking down those figures, Western Europe’s SIM market is said to have grown by 1.5 million for handset SIM cards and by 700,000 for other connected data devices in 2017. France and Italy, meanwhile, were the primary source of growth in M2M cards – accounting for 3.3 million and 3.9 million cards, respectively. On the other hand, Germany, Spain, and Portugal accounted for 38-percent, 34-percent, and 17-percent of total net additions. Although the 6.6-million gains over previous M2M SIMS added in Central and Easter Europe were relatively high, they didn’t make up for the drop in new handset subscriptions. The latter of those fell by as much as 7.5 million in the region. At the same time, the switch to postpaid SIM cards also grew by 9.7 million. That number doesn’t account for M2M additions. The prepaid card adds fell by 15.7 million.

Unsurprisingly, despite somewhat lacking growth in new SIM additions, data usage overall did continue to grow across every country within Europe. Whereas that rose to 2.2GB in Western Europe over the 5-year span, in Central and Eastern European countries that jumped to 3.18GB per month. Russia’s Megafon posted its average data usage at a much higher rate still, landing at around 6.5GB per user per month. 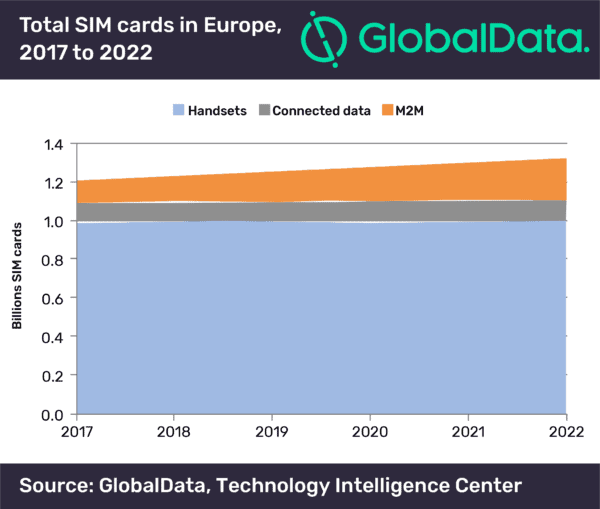