According to a newly-leaked image, the OnePlus 6 will arrive on May 5. Now, this image seems to aimed at China, so it is possible that the Chinese announcement will be hosted separately, so a global launch may happen sooner than May 5. In any case, this is not an official confirmation, or anything of the sort, at least not yet, but based on the looks of the image, it seems to be coming from JingDong Mall (JD.com), even though we were unable to track it down on the company’s website, or the company’s social accounts.

Having said that, it is possible that someone from JD.com, one of China’s largest retailers, leaked this invite by sending it to the source. JD.com usually covers phones (virtually) with the red cloth you can see in the provided image, as that is the company’s way of teasing upcoming devices. The OnePlus 6 will almost certainly be available through JD.com in China, just like its predecessors, and it is possible that this image is accurate, but we’ll have to wait for an official confirmation from either OnePlus, or JD.com. The invite, along with the release date, says that the press conference will start at 2PM in China. That being said, the phone is rumored to arrive in three variants, 6GB RAM models will be available with either 64GB or 128GB of native storage, while an 8GB RAM variant will arrive with 256GB of internal storage (non-expandable).

OnePlus had already confirmed that the phone will be fueled by the Snapdragon 845 64-bit octa-core processor, and that its most powerful version will include 8GB of RAM and 256GB of native storage. The company also confirmed that a display notch will be a part of the package, though you will be able to hide the notch via software, eventually. The device will also come with navigation gestures, as the company confirmed, while new alert slider functionality will also be included in the package. The OnePlus 6 will also ship with a wood-like back cover, if Evan Blass’ recently-leaked image is to be believed. That is more or less it, if there’ any truth to the image that leaked, and the info it shares, OnePlus will confirm that soon enough. 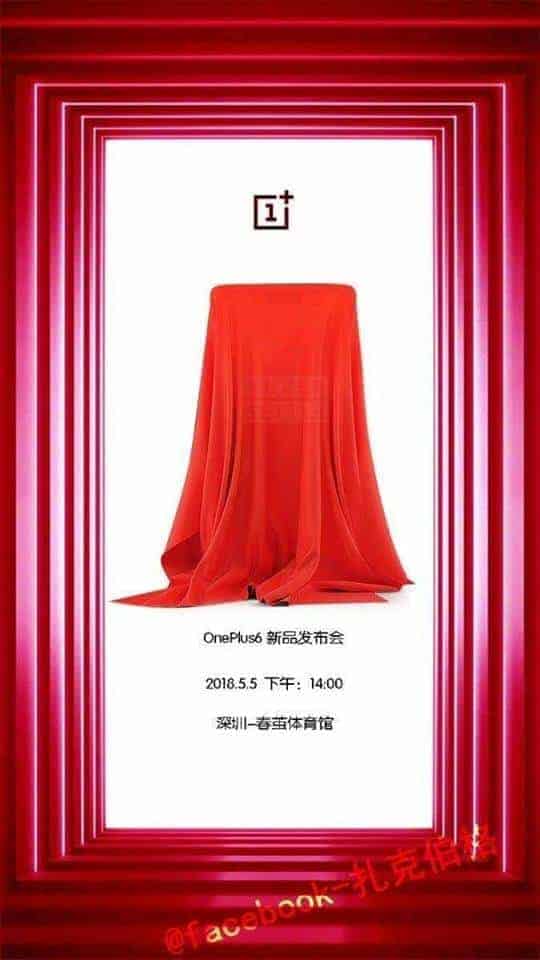