The “OnePlus 6” moniker has seemingly been confirmed by the Wi-Fi Alliance earlier today, with the standards agency publishing a certificate attached to what appears to be the next Android flagship from the Chinese phone maker. Even though the company is still avoiding committing to any particular name in an official capacity, the newly emerged WFA listing and a number of previous benchmark sightings suggest its upcoming high-end mobile offering will be marketed as the OnePlus 6.

The successor to the commercially successful OnePlus 5T has already been confirmed to feature a display notch, with the company’s co-founder Carl Pei recently asserting the decision to include a screen cutout “just made sense” based on the product roadmaps presented to the firm by its panel suppliers. The notch should allow the OnePlus 6 to have a screen-to-body ratio of approximately 90-percent and offer the largest display in the history of the OnePlus brand while not having a physical footprint that’s any larger than that of the OnePlus 5T. Mr. Pei said the Shenzhen-based phone maker opted for a notch in order to maximize the screen real estate made available to consumers, though the development was met with some backlash from a vocal portion of the original equipment manufacturer’s fans.

The OnePlus 6 is widely expected to sport Qualcomm’s Snapdragon 845 and be offered in two variants reminiscent of the previously released OnePlus 5T models – one with 6GB of RAM and 64GB of storage space, and another version with twice as much flash memory and 8GB of RAM. A microSD card slot isn’t expected to be part of the package, though the handset should retain the 3.5mm headphone jack of its predecessors. As the OnePlus 5T is now unavailable for purchase in most parts of the world, many industry watchers agree the OnePlus 6 will be announced in a matter of weeks. The handset should be released on a global level and may become OnePlus‘s most successful product to date, much like all of its previous offerings managed to outsell their direct predecessors. 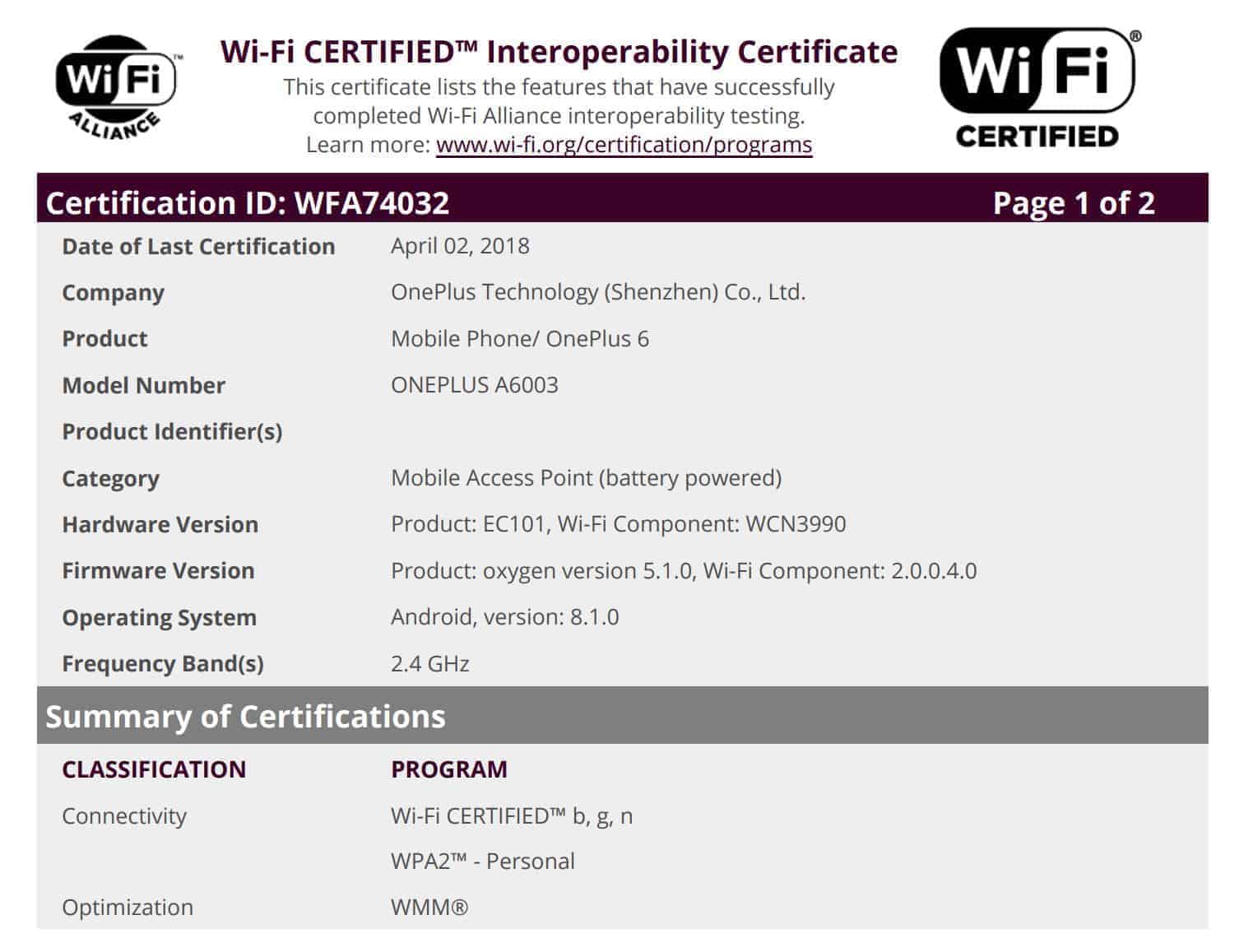