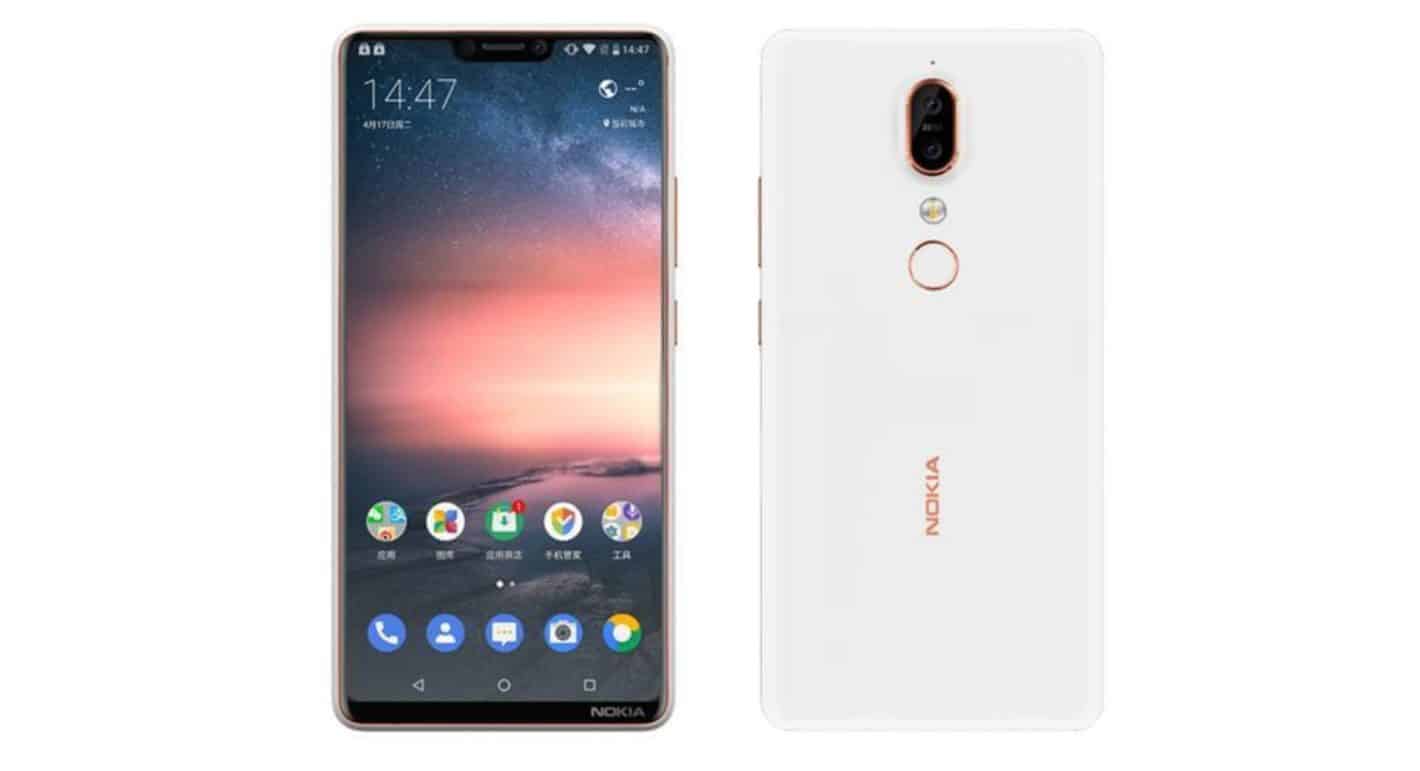 A render depicting what's said to be the Nokia X6 leaked online earlier this week, having originally appeared on Chinese social media network Weibo. The image that can be seen above suggests HMD Global's next Android offering will feature a tall display panel with a 19:9 aspect ratio equipped with a notch. The screen cutout is relatively small and doesn't appear to be housing anything out of the ordinary, with the leak showing only an earpiece, front-facing camera, and an ambient light sensor being surrounded by the display.

The handset itself is depicted as having a white metal back and orange accents, with its overall aesthetic being almost entirely bezel-less and thus boasting a more modern look than HMD's recent releases, including the Nokia 8 Sirocco Android flagship introduced at Mobile World Congress in late February. A dual-camera setup centered near the top of the smartphone's rear plate is also part of the package, mounted immediately above a circular fingerprint reader, as revealed by the same source. The Nokia X6 apparently won't be a direct successor to the Nokia X, one of Microsoft's few non-Windows smartphones launched in early 2014 with Android 4.1.2 Jelly Bean.

The upcoming lineup is expected to be officially announced in China tomorrow, coming in the form of two models, with the base one reportedly sporting 4GB of RAM and MediaTek's Helio P60 chip. The more premium variant of the Nokia X6 is said to be shipping with Qualcomm's Snapdragon 636 and 6GB of RAM, thus effectively seeking to bridge the processing power gap between the Nokia 6 (2018) and Nokia 7 Plus. Besides the Nokia X6, HMD also appears to be preparing a revival of the Nokia N series, though that particular endeavor has also been teased exclusively in China so far. The firm recently fully embraced Google's Android One initiative, having launched a broad range of devices running an entirely stock version of the world's most popular operating system, promising timely software updates for all of them.