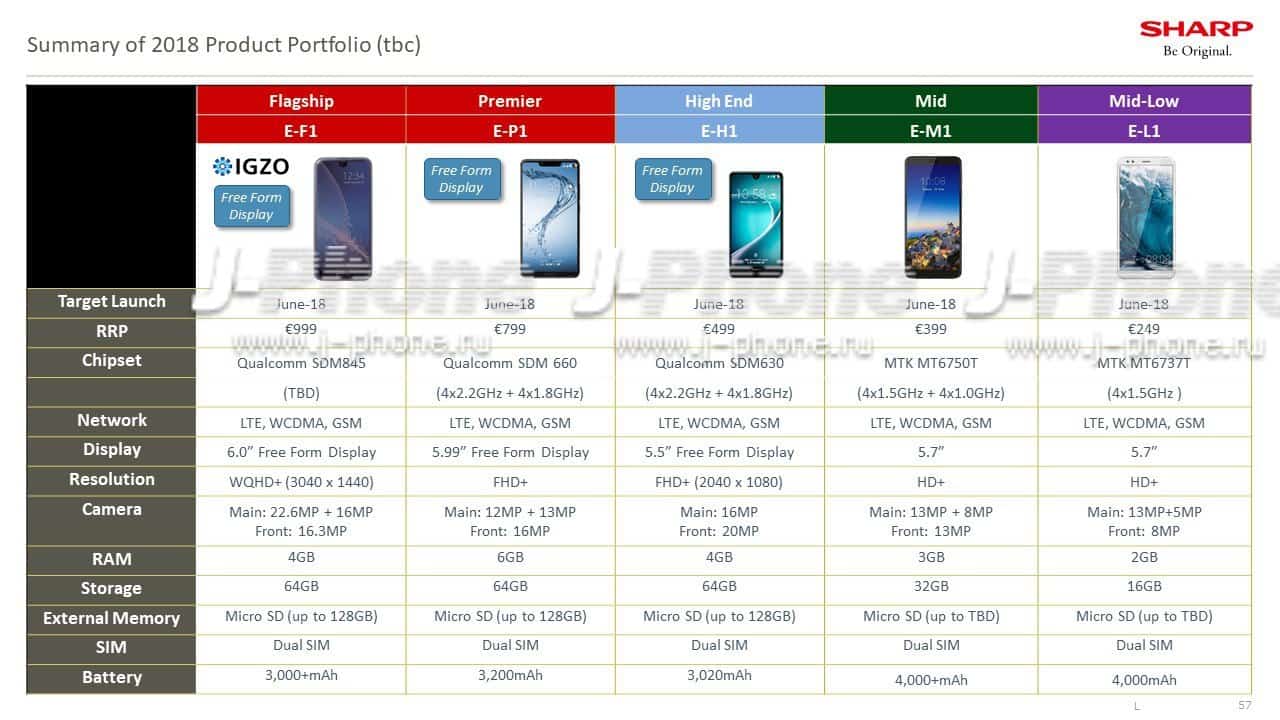 Sharp could be about to launch five new devices in the European market. The Foxconn-owned company doesn’t necessarily have a huge presence in the smartphone market, although its brand name is most popular in Asian markets. Thanks to newly leaked images, however, it appears Foxconn has plans for the Sharp brand to re-enter the European smartphone market with a range of five Android devices covering all pricing spectrums.

Kicking things off at the bottom end, Sharp’s E-L1 is said to sport a large, 18:9 5.7-inch display and will be powered by a quad-core MediaTek processor clocked at 1.5GHz. In addition, 2GB of RAM will be included alongside 16GB of internal storage and support for microSD cards. In the camera department, a 13-megapixel sensor will be coupled with a secondary 5-megapixel lens on the rear, while an 8-megapixel selfie sensor is included up front. Following in the lead of the E-L1, the company’s rumored E-M1 is listed as sporting the exact same display, although the processor will be upped to an octa-core setup, while 3GB of RAM and 32GB of internal storage is also included. The secondary rear camera sensor receives a boost to 8-megapixels, while the selfie camera is listed as being of a 13-megapixel affair. Moving into slightly higher pricing territory is the Sharp E-H1, which adopts the new notched-display trend while shrinking the size down to 5.5-inches. In terms of power, the MediaTek processor has been swapped out for a Qualcomm one, more specifically a Snapdragon 630, while both the storage and RAM have been increased to 64GB and 4GB respectively. Furthermore, the rear of the device is listed as sporting just one 16-megapixel sensor accompanied by a front-facing 20-megapixel camera. Next up is the rumored E-P1. This device sports a 5.99-inch display, 6GB of RAM, 64GB of Storage, and Qualcomm’s Snapdragon 660 processor, while in the camera department, a main 12-megapixel sensor and a secondary 13-megapixel lens adorn the rear, alongside a 16-megapixel selfie camera.

Completing Sharp’s rumored new lineup is expected to be the new E-F1. The device sports Qualcomm’s Snapdragon 845 processor, while the RAM count sits at 4GB Also, 64GB of internal storage is once again included alongside a rear camera setup that is expected to consist of a main 22.6-megapixel sensor and a secondary 16-megapixel lens and accompanied a front-facing 16.3-megapixel camera. Sharp is yet to confirm the existence of the lineup, but according to the images, all devices should be on sale by June 2018 with Android Oreo likely on board. Finally, in terms of pricing, the Sharp E-L1, E-M1, E-H1, E-P1, and E-F1 are set to be priced at €249, €399, €499, €799, and €999 respectively. 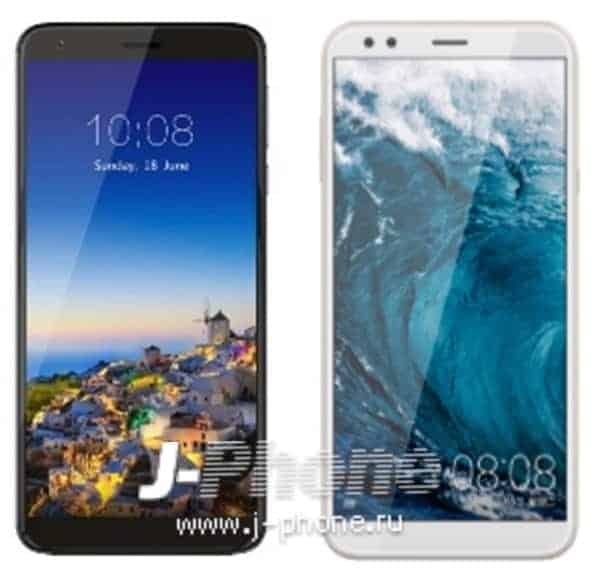 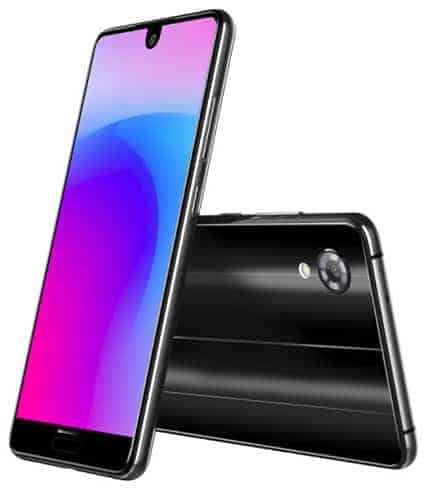 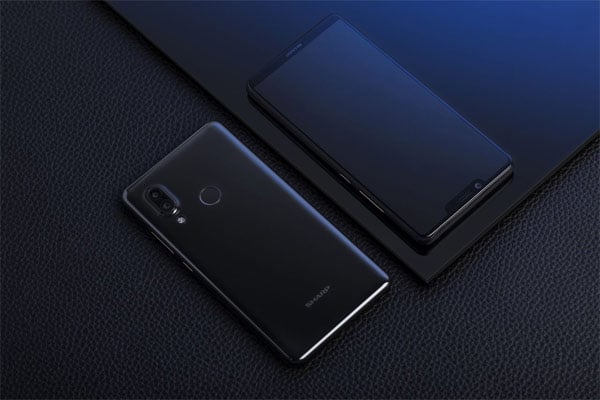