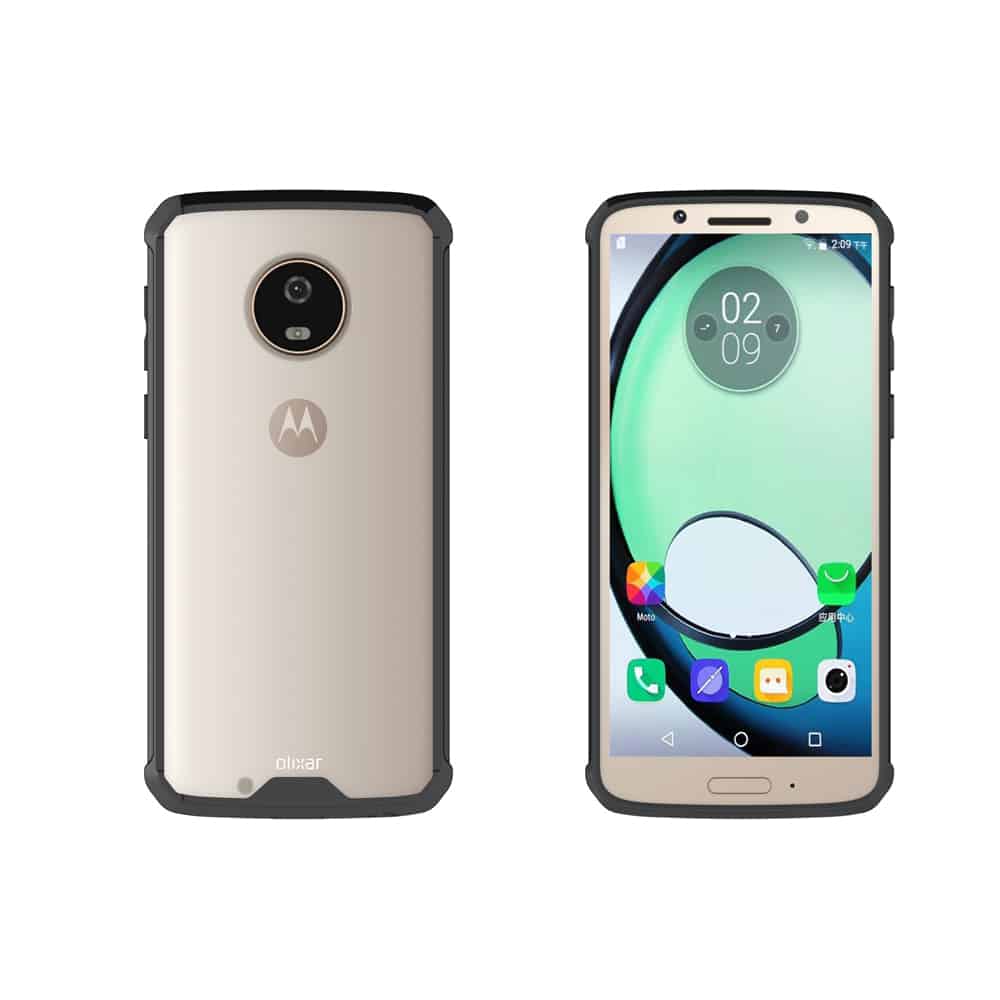 The Moto G6 and Moto G6 Plus have leaked in live images thanks to Olixar, who has reportedly sent pictures of its screen protectors being tested on the actual phones to MobileFun, an online retailer for smartphones and smartphone accessories. You can see both of the images below with the screen protectors are applied though neither of the phones are powered on. Nevertheless the phones do look the same as the devices that were shown in previously leaked renders, and in addition to the images of the screen protectors on live phones, MobileFun has images of the Moto G6 and Moto G6 Plus with Olixar cases on them in what appear to be official press renders which also match up with the design in the live images and previous leaks.

These images are the latest look at Motorola's upcoming devices in the G series, and they may not be the last as there is still a little under two days before Motorola unveils the two phones officially. According to a recently leaked (but now removed) Amazon listing which contained some of the specs of the Moto G6 which will come powered by Qualcomm's Snapdragon 450 processor. The Moto G6 is also said to be coming with a 5.7-inch Max Vision display that has an 18:9 aspect ratio. The Moto G6 Plus meanwhile is thought to be coming with the more powerful Snapdragon 630 processor and offer 6GB of RAM and 64GB of storage. The screen should also be a little bit larger, coming in at 5.93-inches and with a Full HD+ resolution according to past leaks. Motorola is expected to unveil the Moto G6 series on April 19 at an event in Brazil.