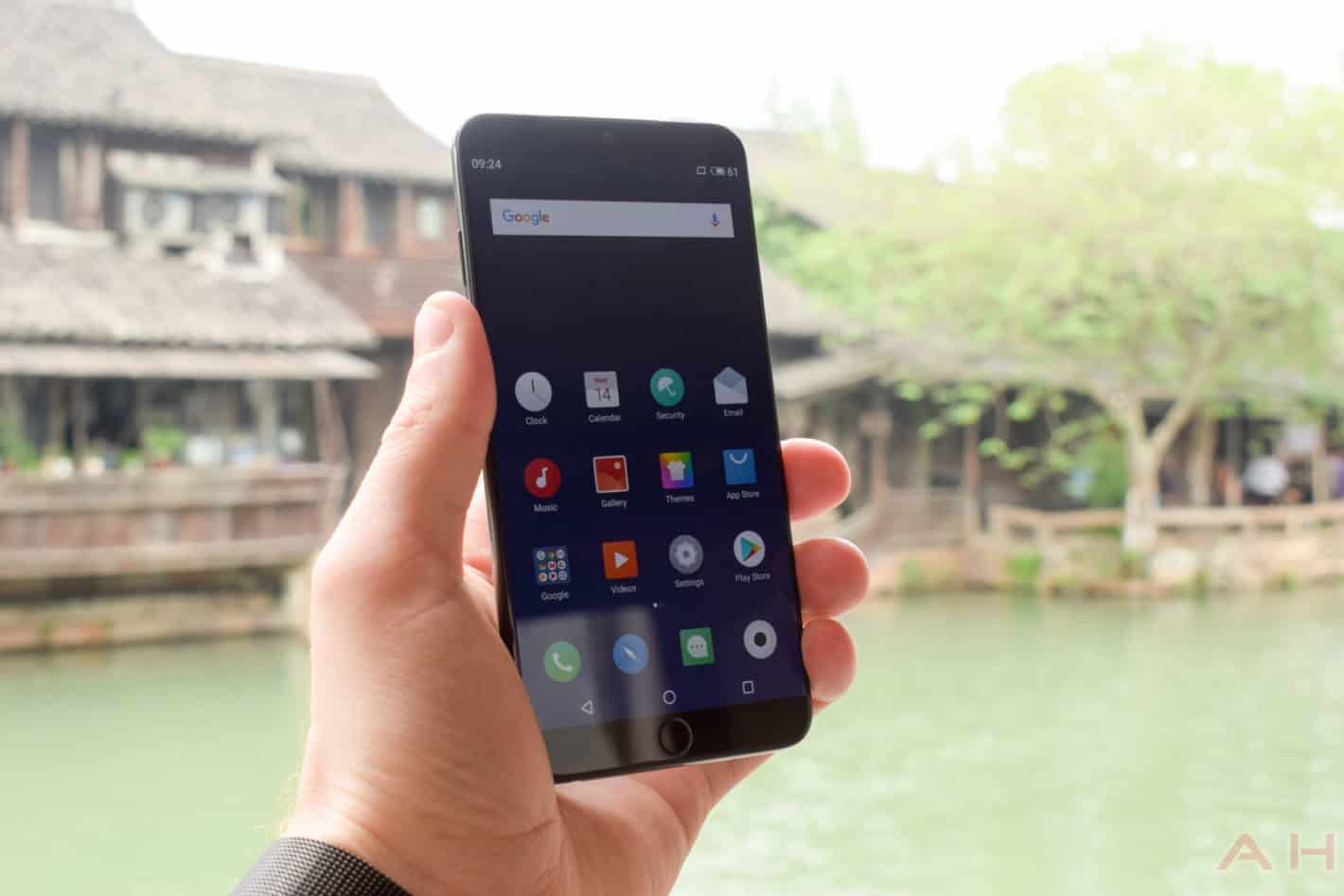 The Meizu 15 and 15 Plus are metal unibody smartphones which sport AMOLED displays with no notch, and rather capable cameras, at least on paper.

The Meizu 15 and 15 Plus have been leaking for a long time now, and especially in the last couple of weeks. Both devices got certified by TENAA (China’s equivalent to the FCC) recently, and specification for both devices surfaced a couple of days ago as well. All in all, we had a pretty good idea as to what to expect today, and we were not wrong, as most of those leaks were spot on. That being said, the company has introduced these two devices in China today, and we were at the scene to witness those announcements. The Meizu 15 and 15 Plus actually sport really similar designs, though their internals are different, of course. Neither of these two devices is a ‘bezel-less’ handset that Meizu was rumored to announce, that handset will probably drop in the second half of the year. Still, these two devices are rather interesting, and if you’d like to know more about them, read on, as we’ll dissect them in categories down below, starting with their spec sheets.

Both the Meizu 15 and 15 Plus are made out of metal (even though their back sides look like glass because of the brushed aluminum), and they actually look quite similar, though the Meizu 15 Plus is noticeably larger, but neither has a display notch. Meizu says that both phones are made out of “stainless steel aluminum composite material”, and Meizu says that we’re looking at “premium” materials here. The company also mentioned that Apple uses similar materials for their iPhone handsets. Both phones are 7.2mm thick, the Meizu 15 weighs 152 grams, while the Meizu 15 Plus weighs 178 grams. The Meizu 15 Plus is noticeably taller (153.8 vs 143mm), and also wider (78.3 vs 72mm) than the Meizu 15. Meizu says that both phones feature “dome antenna design”, while a 3D laser was used for engraving purposes. In other words, the company utilized 3D printing technology for specific parts here. Both phones come with displays that sport 16:9 aspect ratios, and both feature an 83.6-percent screen-to-body ratio. The front-facing camera is centered above the display on both smartphones, while the mTouch multifunctional button is placed below the display of both the Meizu 15 and 15 Plus. These two devices don’t exactly sport thick top and bottom bezels, but they’re not exactly razor-thin either. The back side of both devices is curved, while both phones feature vertically-aligned dual camera setups. The Meizu 15 comes in Black, Blue, Gold and White color variants, while the Meizu 15 Plus will be available in Black, Gray and Gold color options.

The Meizu 15 and 15 Plus feature the exact same dual camera setup on the back. Both devices ship with 12 and 20-megapixel snappers, the 12-megapixel camera packs in Sony’s IMX380 sensor, while we’re looking at an f/1.8 aperture (wide-angle) lens here, and 1.55um size pixels. PDAF (Phase Detection Autofocus) is included here as well, and so is Laser Focus (LF), while you will also notice a ring LED flash on the back. Along with the 12-megapixel RGB wide-angle lens, Meizu also included a 20-megapixel telephoto lens on the back of the Meizu 15 and 15 Plus. A 20-megapixel shooter sits on the front side of the phone, and the company says that both rear-facing cameras have both OIS (Optical Image Stabilization) and EIS (Electronic Image Stabilization). Furthermore, the Meizu 15 and 15 Plus feature 3x lossless zoom thanks to that telephoto lens on the back, says Meizu, and 10x digital zoom. AI is being used for photography as well, and the company claims that the phone’s main shooters are actually really good in low light as well. Portrait Mode is a part of the package as well, and it adds that bokeh effect to images. Arcsoft’s algorithms are included in this package as well, and the cameras come with multi-frame noise reduction, which is used on the Huawei P20.

Both of these smartphones feature non-removable battery packs. The Meizu 15 comes with a 3,000mAh battery, and it supports Meizu’s in-house mCharge 4.0 technology, which is essentially the company’s fast charging tech. The Meizu 15 features 12V/2A, 12W charging, in case you were wondering. The Meizu 15 Plus packs in a 3,500mAh battery, and it also comes with mCharge 4.0 (12V/2A, 12W). Now, these batteries should be large enough to offer decent battery life for both devices, at least on paper, and if you utilize some of Meizu’s battery-saving features which are included in the company’s Flyme skin, you’ll be able to boost battery life on both phones. As part of Flyme, you’re getting various battery-related features which basically let you to prevent certain apps to run in the background, if that’s something you desire, while various battery-saving modes are available as well. Meizu’s mCharge fast charging bricks will ship with both Meizu 15 and 15 Plus, so you won’t need to purchase any additional equipment to utilize fast charging.

The Meizu 15 and 15 Plus both ship with a new version of Meizu’s Flyme UI, Flyme 7, which is installed on top of Android 7.1.1 Nougat. This new version is somewhat similar to Flyme 6 in terms of the design, but Meizu did include a ton of changes in the back-end, not to mention that parts of the UI are now redesigned, like the “Security” app, for example, which gives you plenty of options when it comes to running apps, cache and junk cleaning, and so on. Meizu claims that Flyme 7 offers stellar performance, and that the company made over 100 changes and improvements compared to Flyme 6. Meizu’s OneMind search engine is now better than ever as well, as Meizu relies on AI more than ever in order to improve the user experience. The company also claims that Flyme is now safer than ever as well, while “Wrist Wake Up” and Facial Recognition features have also been included here. The “Wrist Wake Up” feature is self-explanatory, and it is powered by InvenSense tech, while the Facial Recognition tech on the Meizu 15 and 15 Plus comes from Sensetime. The company’s mTouch button is here once again, a capacitive press on it equals ‘back’ action, the physical press will take you home, and if you long-press it you’ll lock the display. You don’t need to use the mTouch button though, as the company pre-installed regular on-screen buttons in Flyme 7 as well, interestingly enough.

As already mentioned in the 'Specifications' section of this article, the Meizu 15 and 15 Plus both come in 64GB and 128GB storage setups. The Meizu 15 features 4GB of RAM, while the Meizu 15 Plus packs in 6GB of RAM. Having said that, the 64GB variant of the Meizu 15 is priced at 2.499 Yuan ($397), while its 128GB storage variant costs 2,799 Yuan ($445) in China. The Meizu 15 Plus' 64GB storage model, on the other hand, costs 2,999 Yuan ($476) in the country, while its 128GB storage counterpart comes with a price tag of 3,299 Yuan ($524). We still do not know when will these two handsets become available in China, but we're presuming that consumers will be able to pre-register for the first flash sale starting today, we'll update this section of the announcement as soon as we get some additional info. Both phones will be available in other markets as well, but Meizu did not release any specific info regarding that just yet.