Earlier this afternoon LG began sending out invites for its May 2 announcement event for the LG G7 ThinQ, the company’s next flagship smartphone and the follow up to last year’s LG G6, which is unveiled during Mobile World Congress 2017. The invite is both clear and unclear in a sense, as it does show off the words LG G7 ThinQ up top, while stating that people should mark their calendars to be prepared for a “big” announcement coming from LG. The company does not specifically note what the big announcement is but it does make it pretty clear that the announcement is for the G7 ThinQ.

The May 2 announcement date is not new, as it was revealed weeks ago from LG Korea in a post that confirmed the actual name of the new phone, which was once believed to be called the LG G7 Neo due to a leaked video that surfaced from Mobile World Congress of a device with that very same name at an LG booth. While there should be no more mystery left in regards to when LG is going to announce its next phone there are still some things which aren’t very clear.

The cost of the phone for example is one thing which LG isn’t likely to share details on until during or even after the announcement, and even then it’s unlikely that LG would share more than the pricing for an unlocked model in addition to pricing for perhaps South Korea, as carriers tend to announce their own pricing. It’s also unclear when the LG G7 ThinQ will launch. Many other details have leaked, though, like LG’s focus on providing a phone that is heavily laden with artificial intelligence-powered features, many of which will be centered around the camera and the camera experience. All available colors for the phone are another aspect which has been leaked recently with LG reportedly launching the G7 ThinQ in five colors, which includes Aurora Black, Raspberry Rose, Platinum Grey, and Moroccan Blue in both shiny and matte finishes. 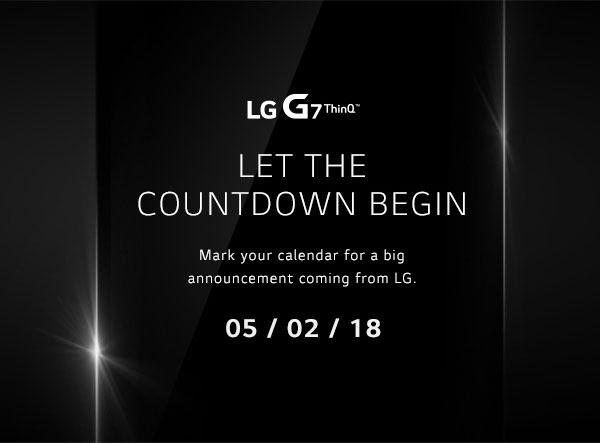