LG Electronics on Thursday won a patent describing a foldable smartphone equipped with two batteries and a pair of 3.5mm headphone jacks, with the design being published by the World Intellectual Property Organization. The South Korean tech giant originally applied to patent the unconventional device in late September of 2016 and wasn’t asked to revise its application at any point during the 18-month review process. LG’s patent describes two variants of the same basic design which is somewhat similar to the ZTE Axon M by virtue of the fact that it revolves around two display panels connected via a hinge.

Unlike ZTE’s first foldable Android phone, LG’s patent envisions what is essentially a combination of two relatively standalone display modules, with both being powered by their own batteries and featuring separate audio ports for headphones or other accessories using the 3.5mm connector. One of the two screens sports what appears to be an optical fingerprint scanner integrated into the panel itself, with the same side of the device also sporting a dual-camera setup. It’s presently unclear whether the two batteries are meant to be used simultaneously, though that’s presumed to be the case as such a balanced approach to power management would maximize the expected life of both cells. Both versions of the device would be capable of displaying two different videos on their screens and allow two people to plug in their headphones and listen to their own content simultaneously, the patent reads.

Many other functionalities envisioned by the Seoul-based original equipment manufacturer are reminiscent of ZTE’s Axon M, including the ability to have two screens act as one when the phone is folded out and using one screen as an extension of the other in supported apps; e.g. having an email app display an inbox on one display and selected email contents on the other. One of the two screens is of the curved variety, whereas the other one is completely flat, with LG presumably opting for such a configuration in order to mask the phone’s hinge when it’s folded out, i.e. have the curved display moving into the opening between the panels so as to provide a more seamless image transition than the Axon M.

One of the two screens could also act as a keyboard in landscape mode when the other one is tilted at an angle, with LG also envisioning a broad range of other use cases for the handset depending on the exact position of its displays relative to each other. The curved screen edges of the device would also be able to relay notifications and show at-glance information, not unlike how Samsung‘s Edge Sense solution works on the company’s newer Galaxy S and Galaxy Note-series Android flagships. 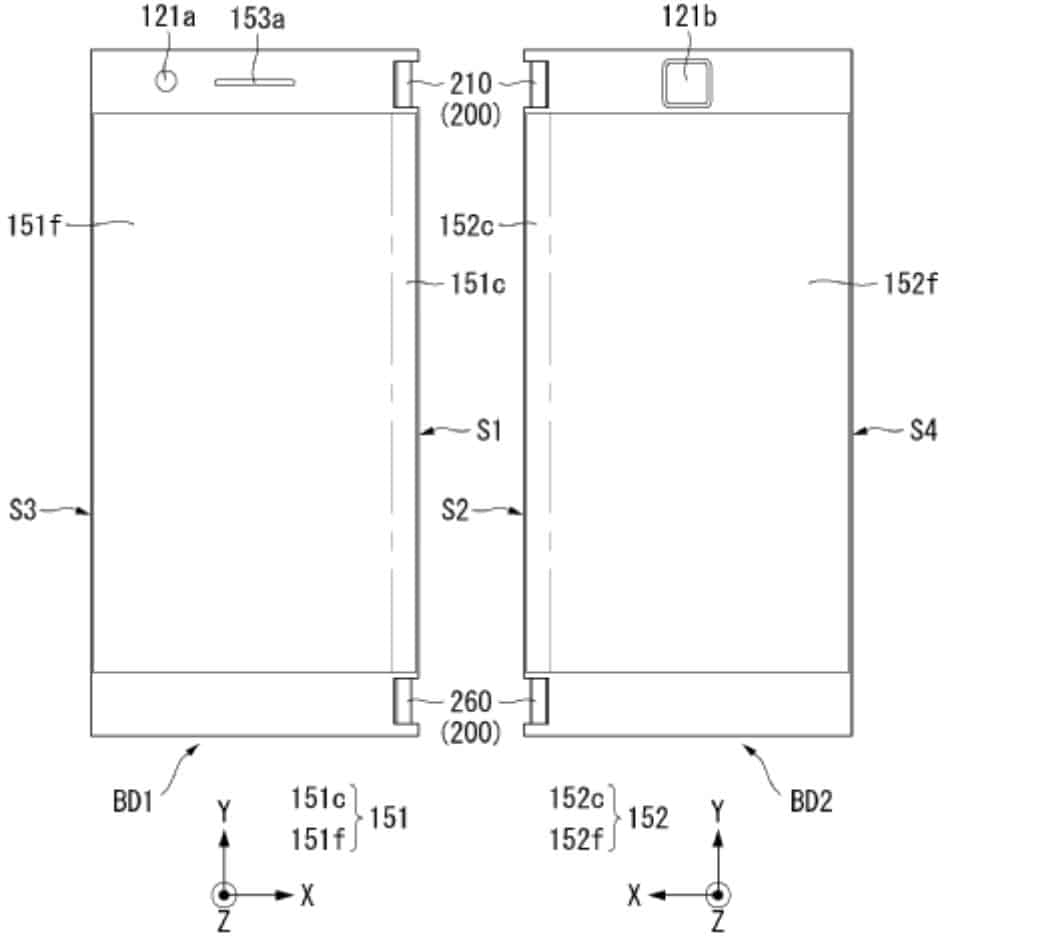 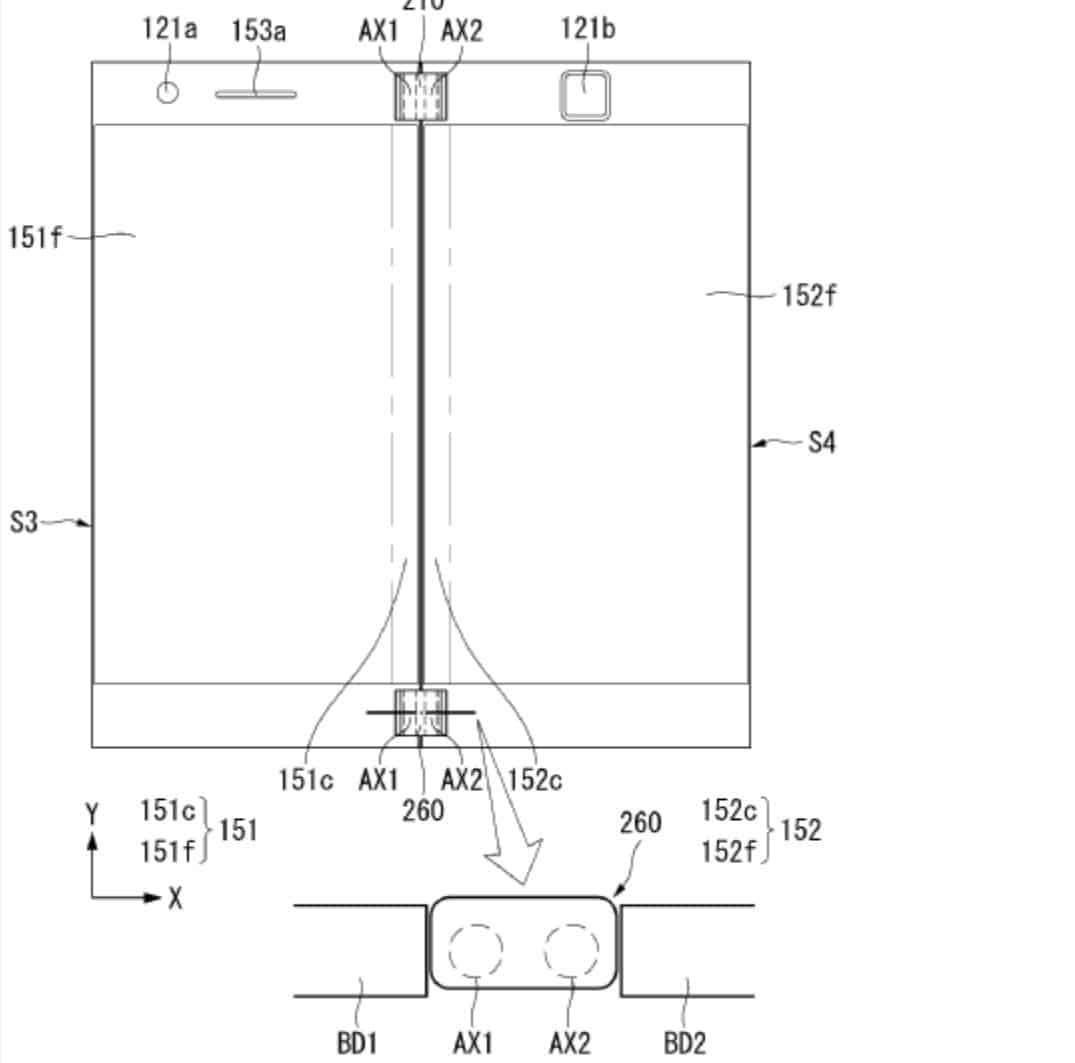 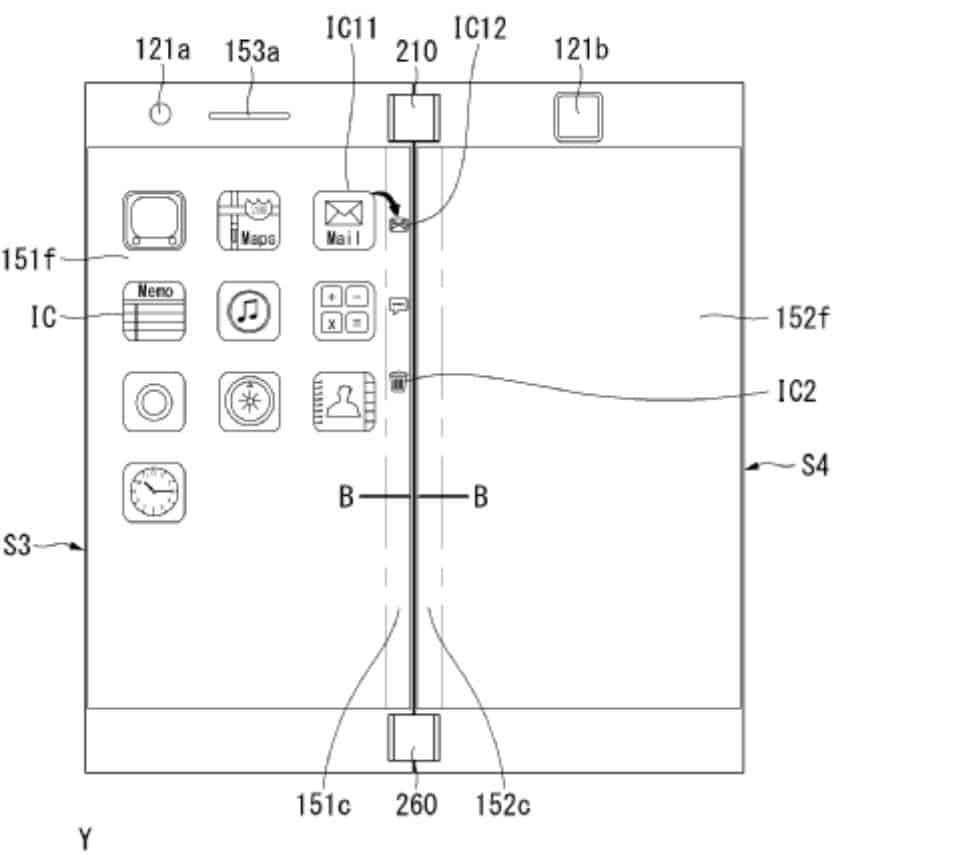 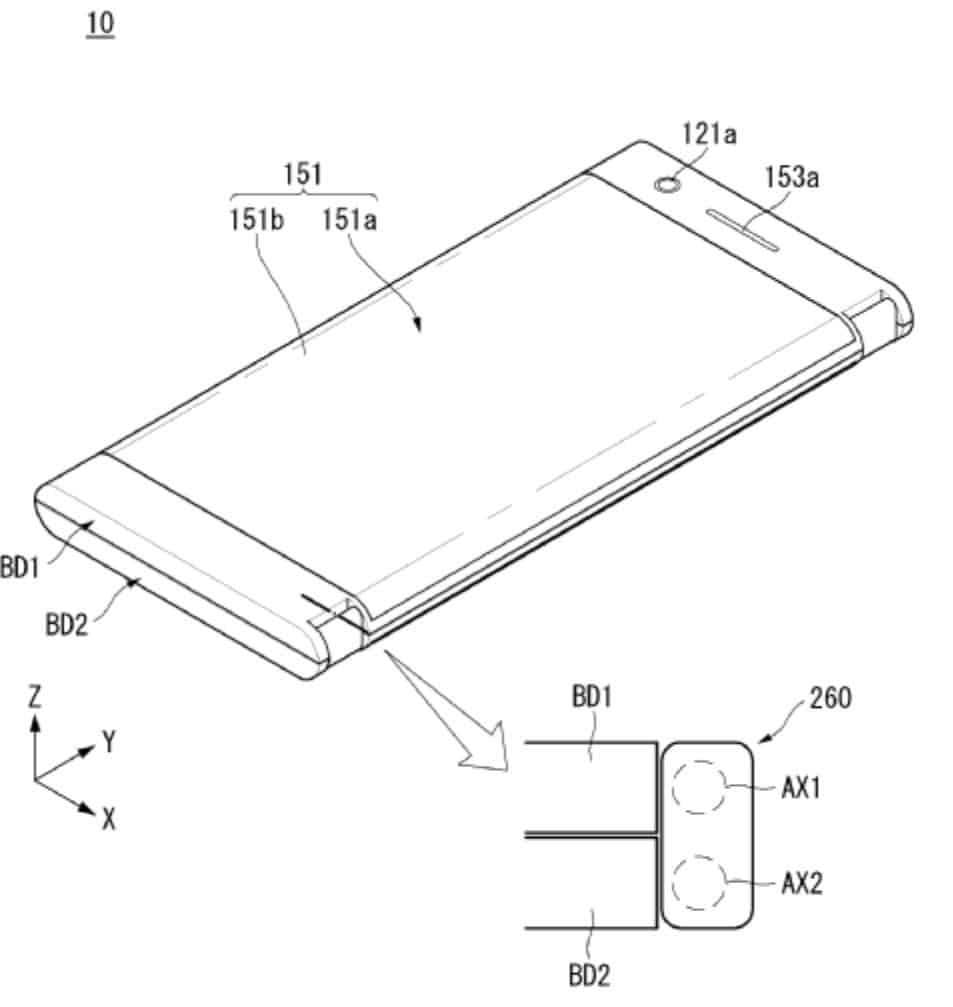 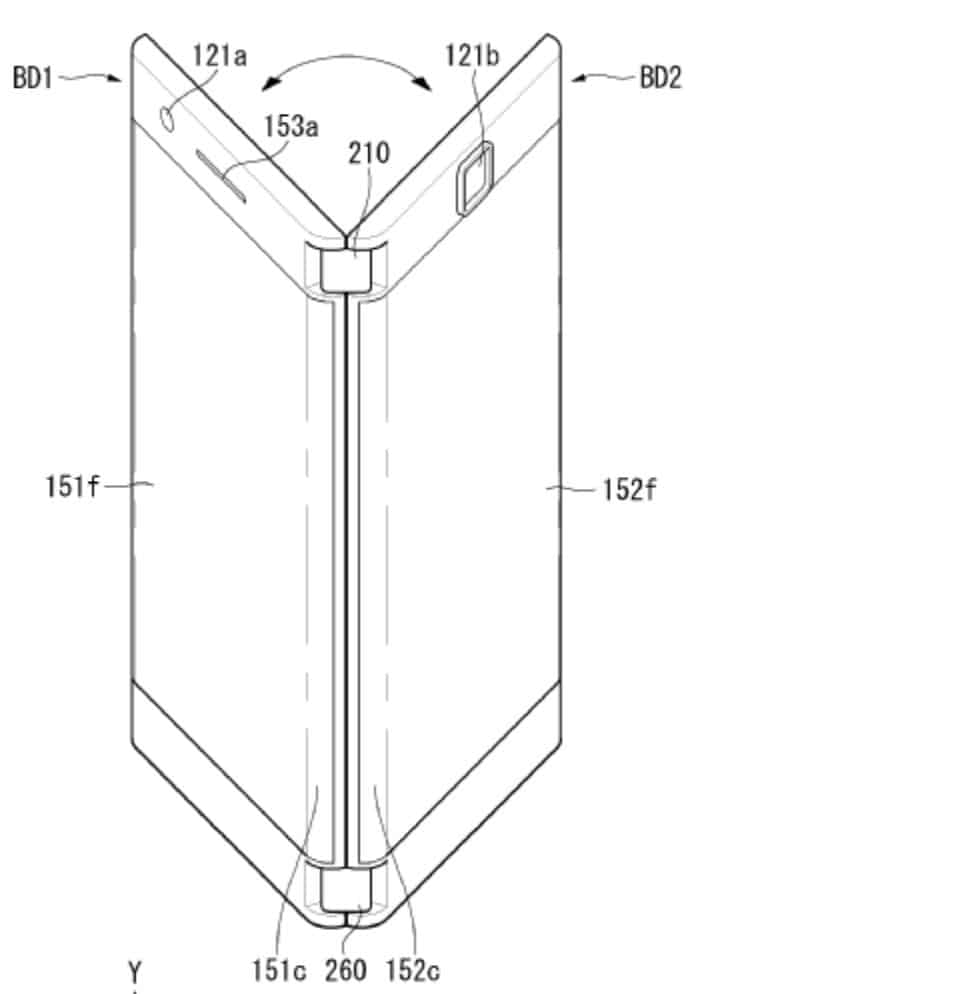 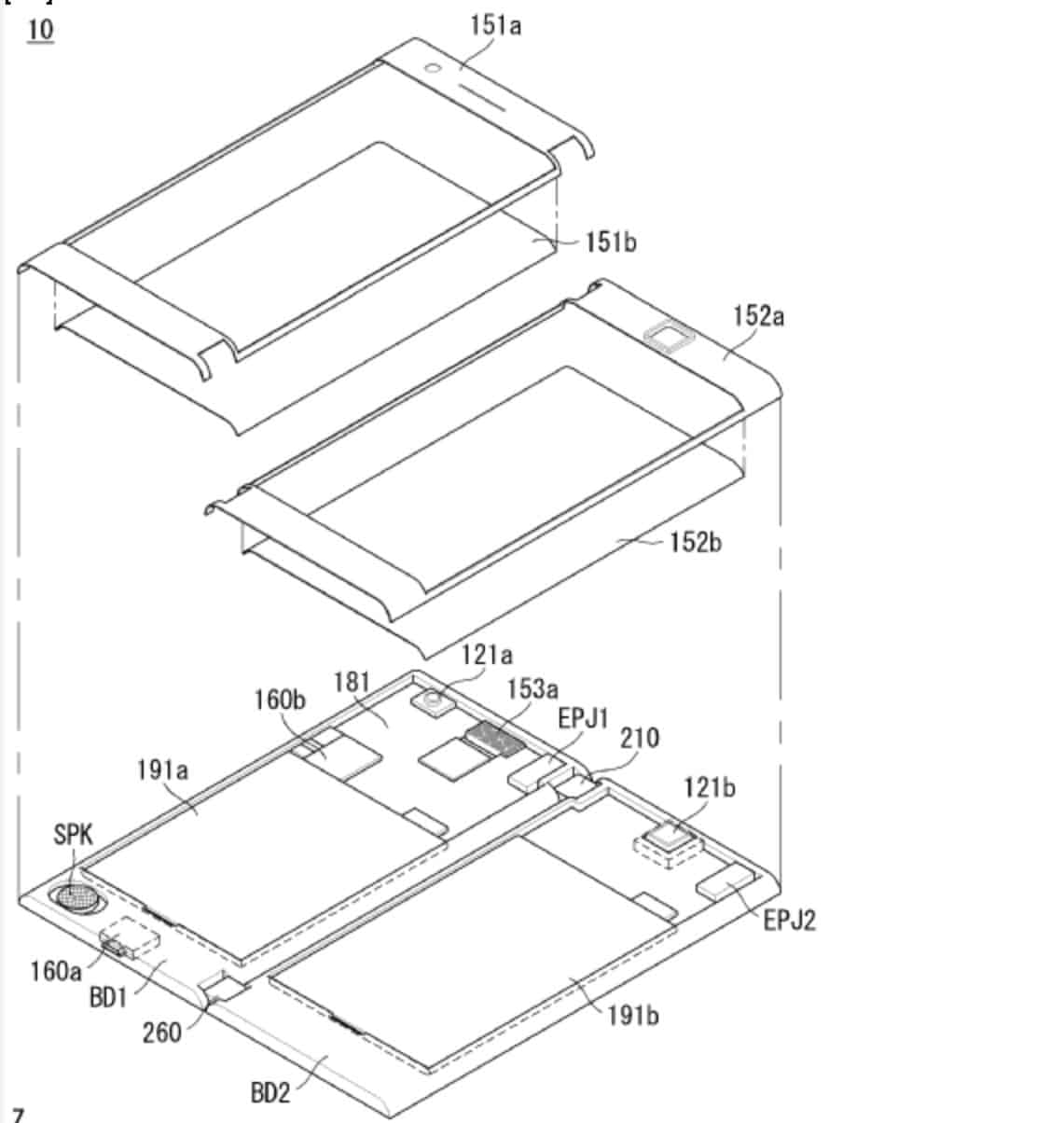 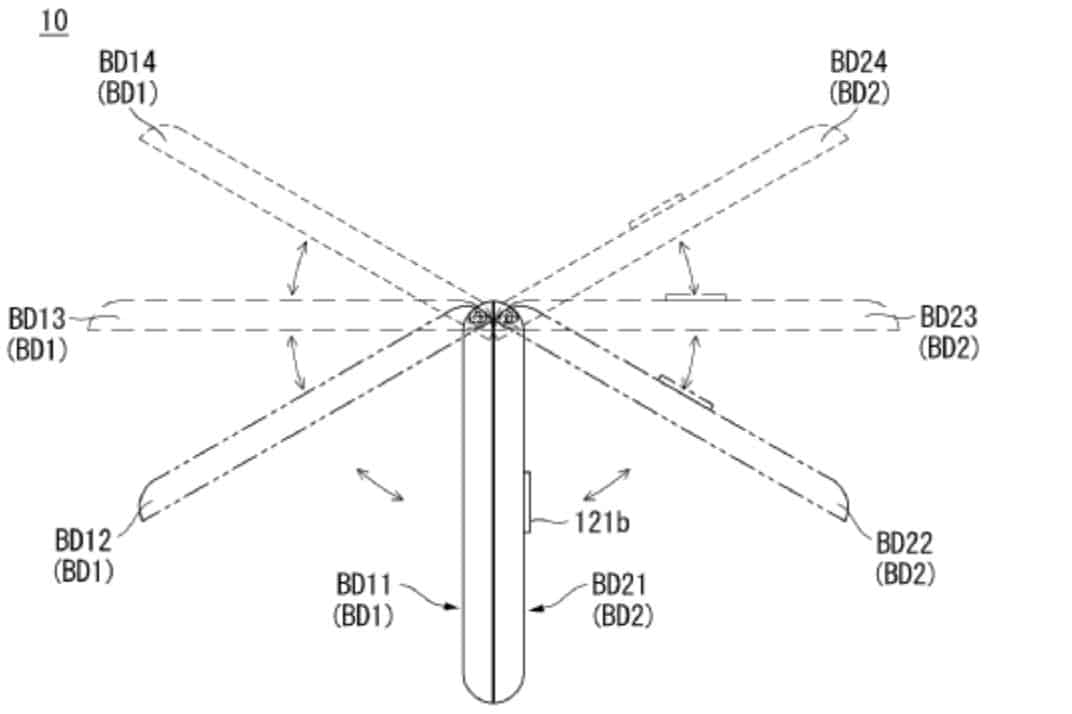 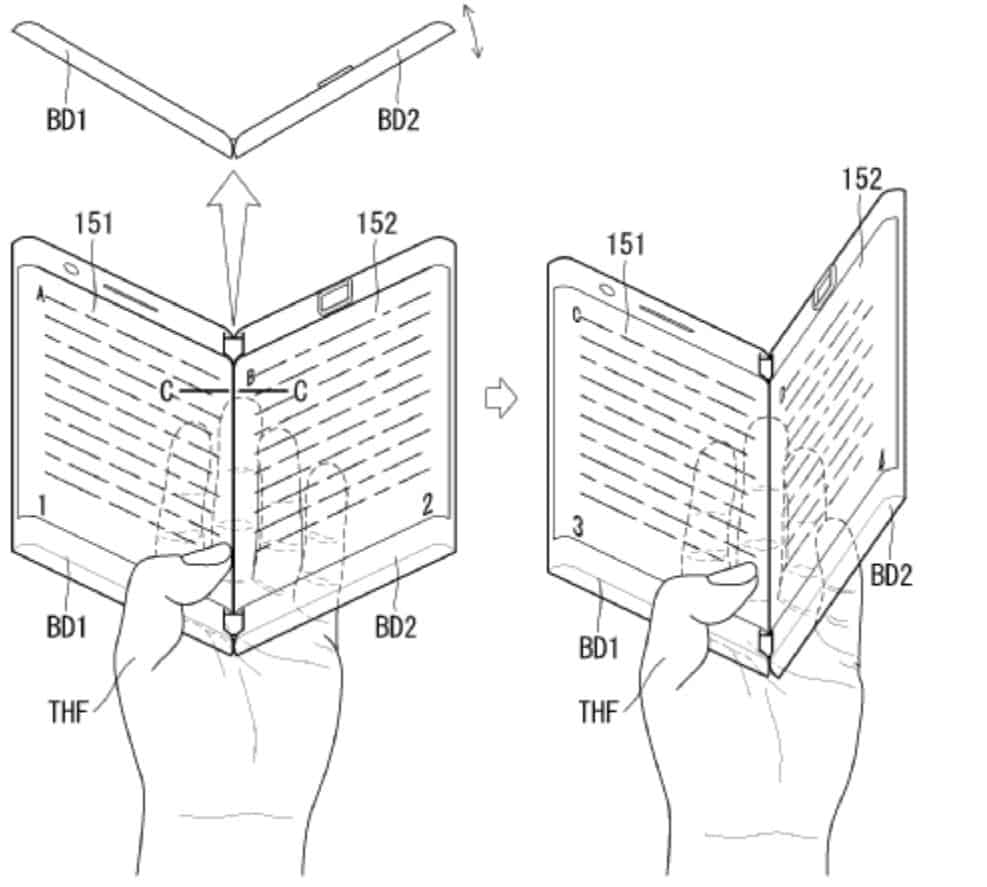 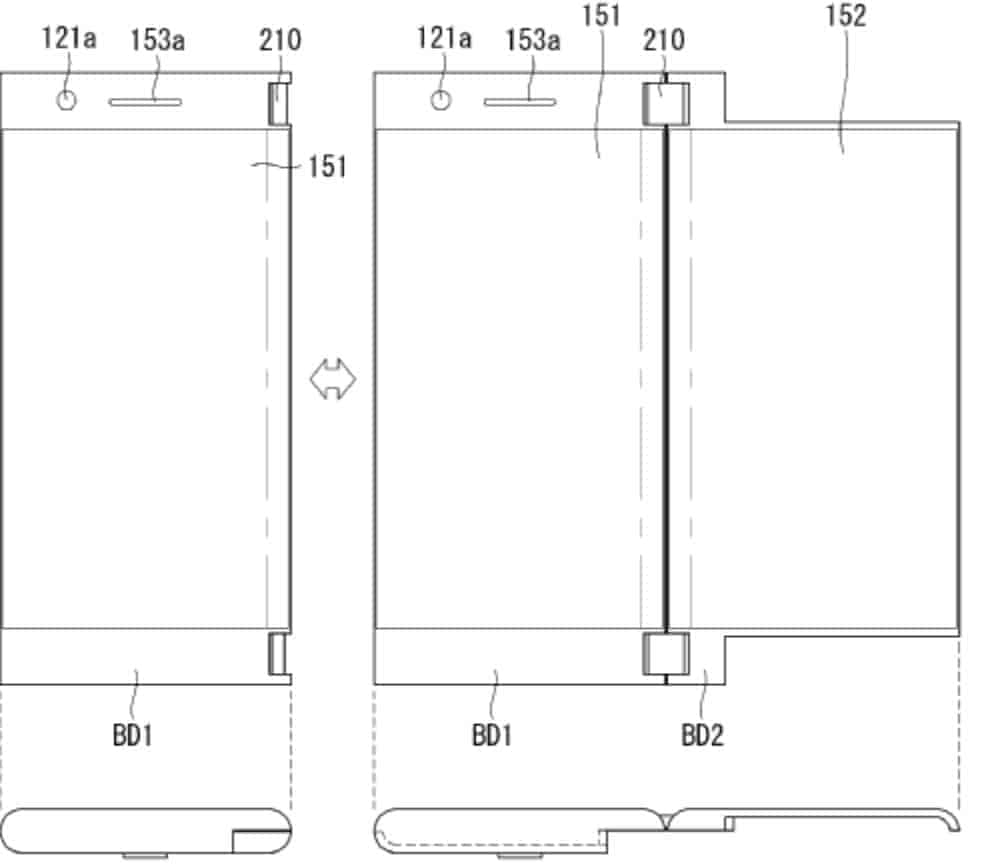 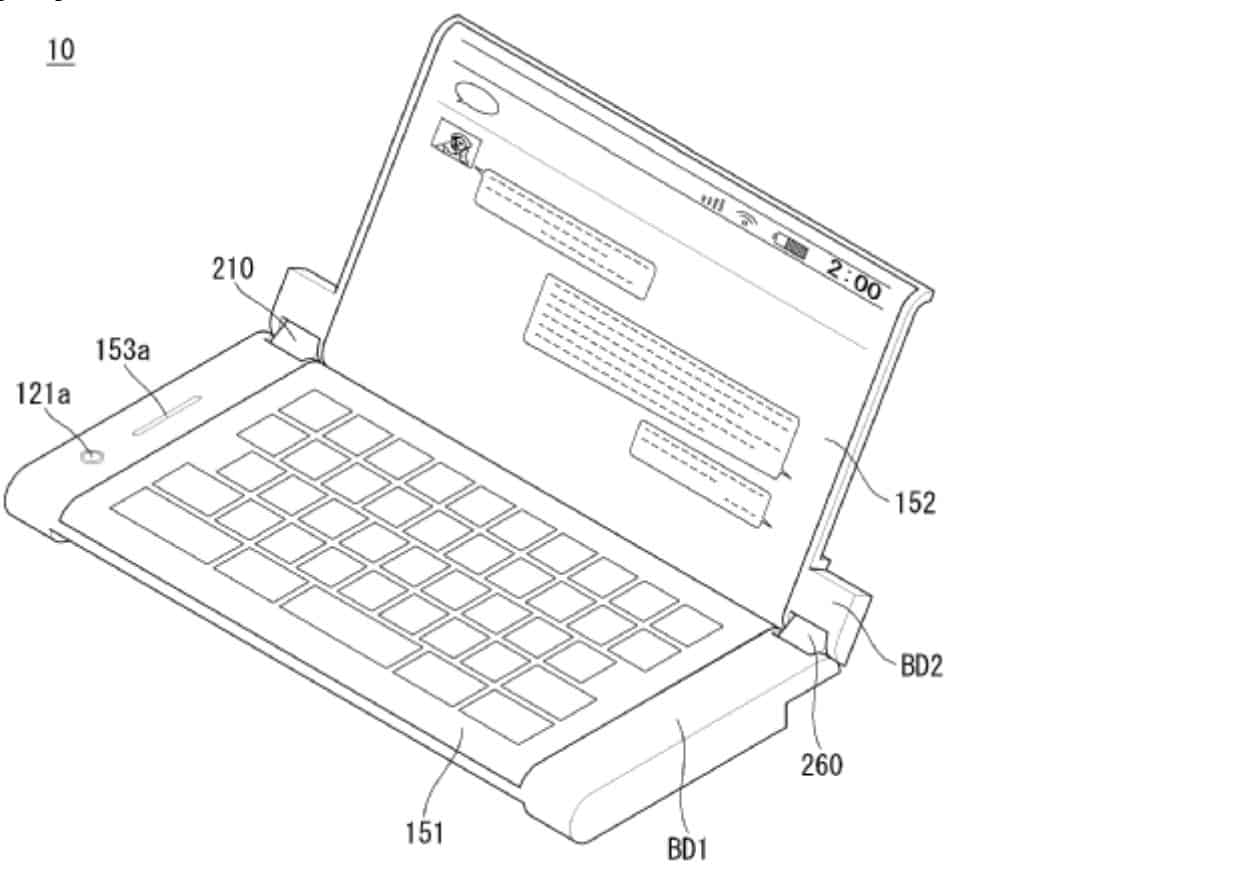 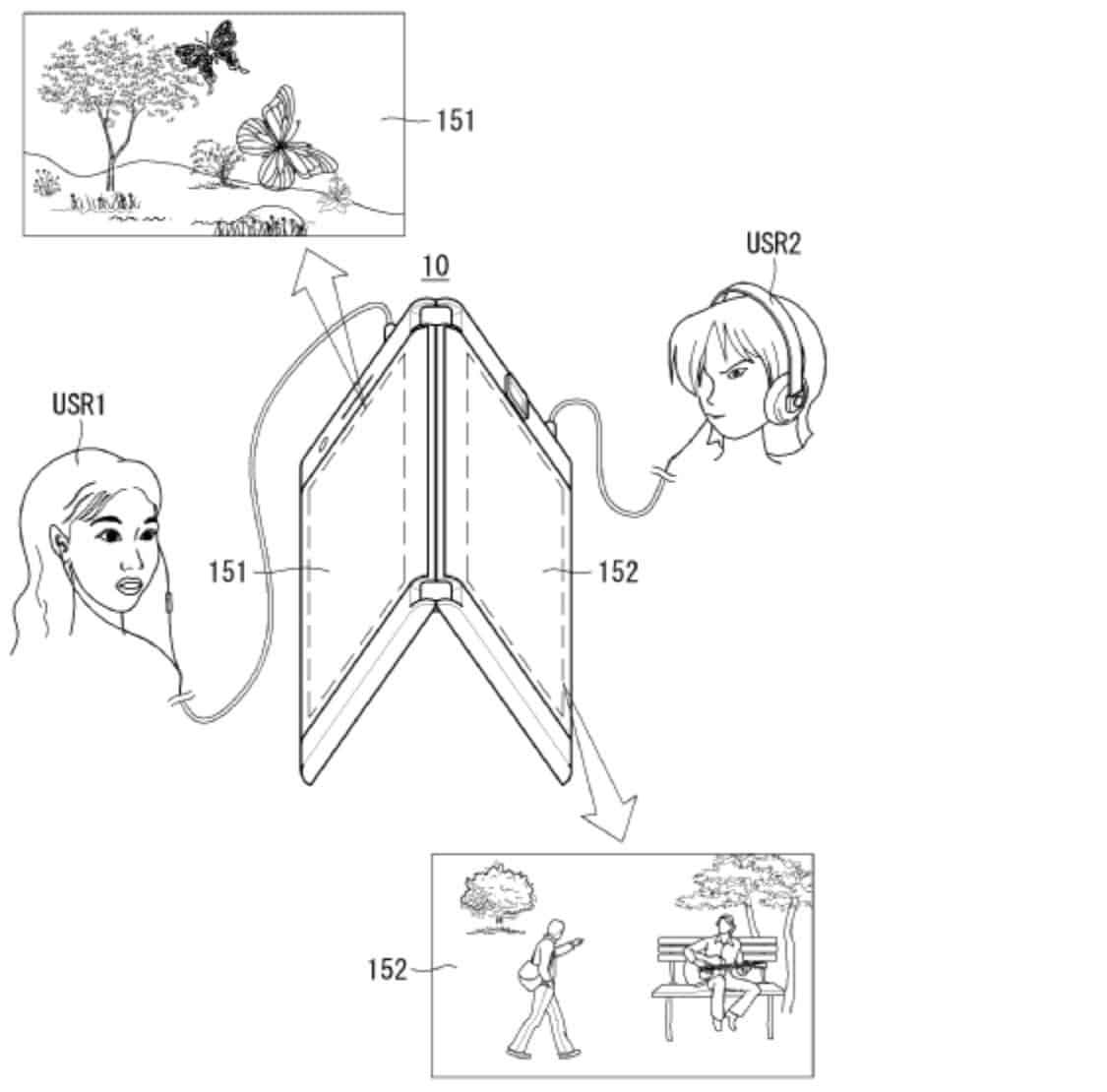 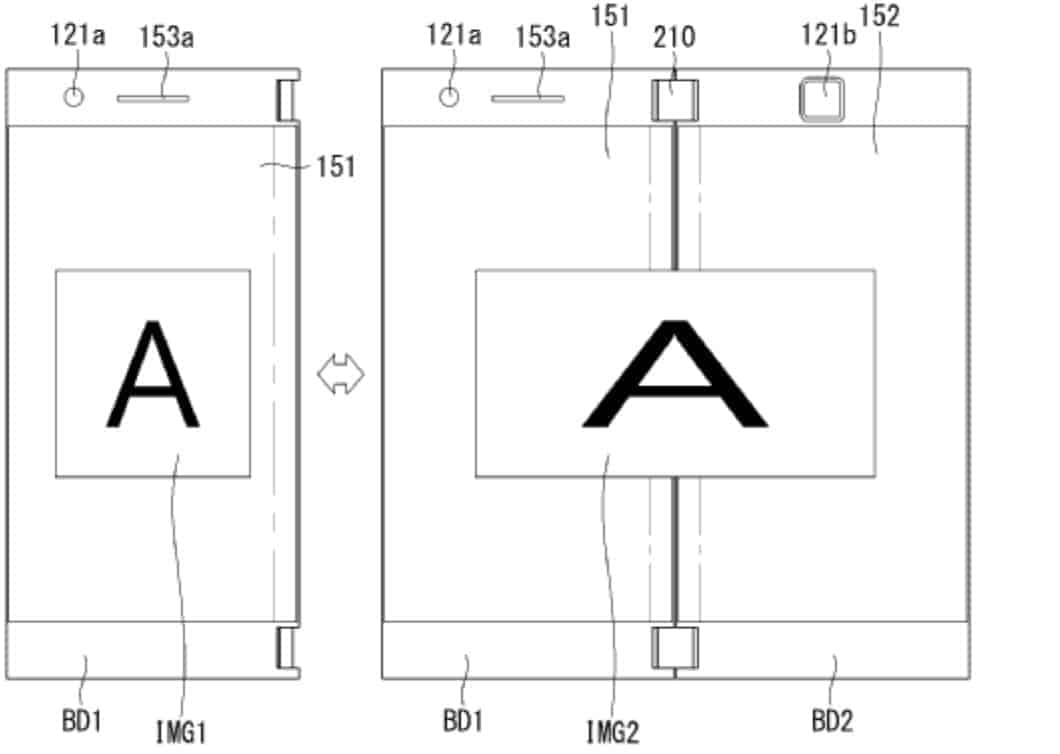 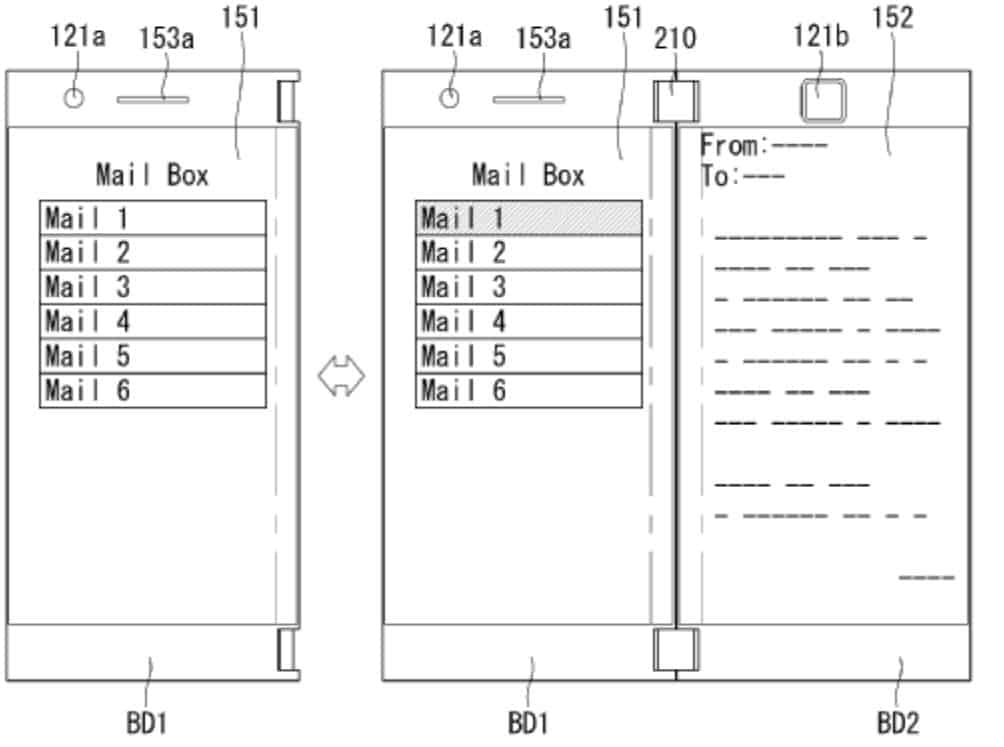 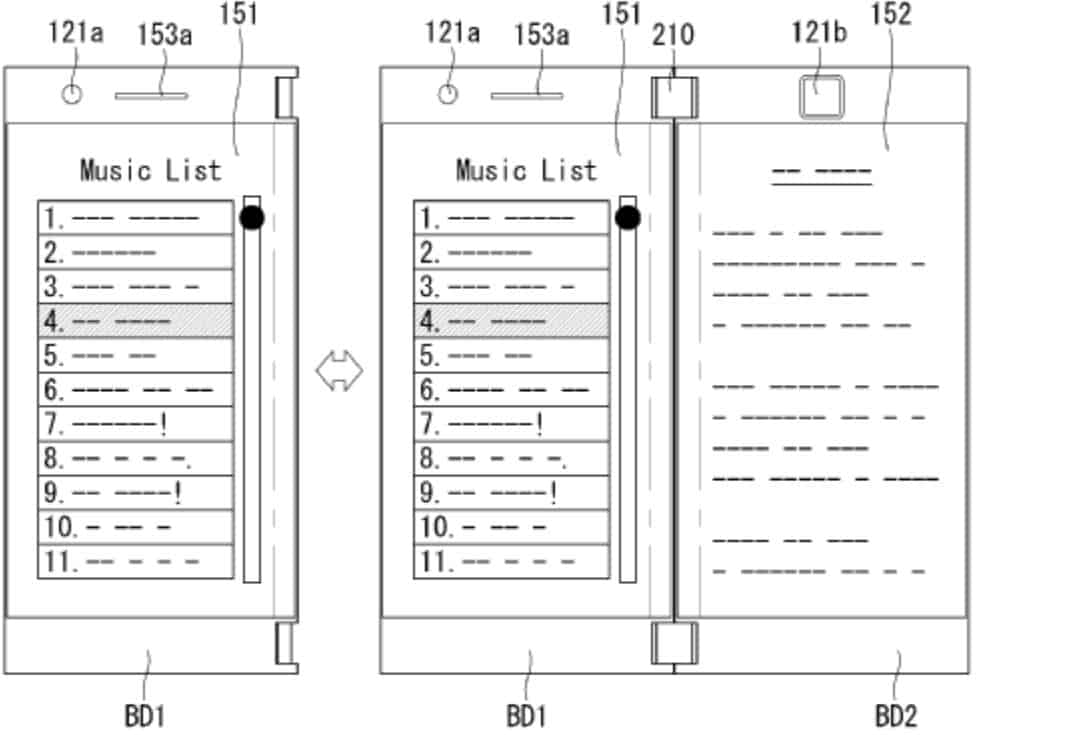