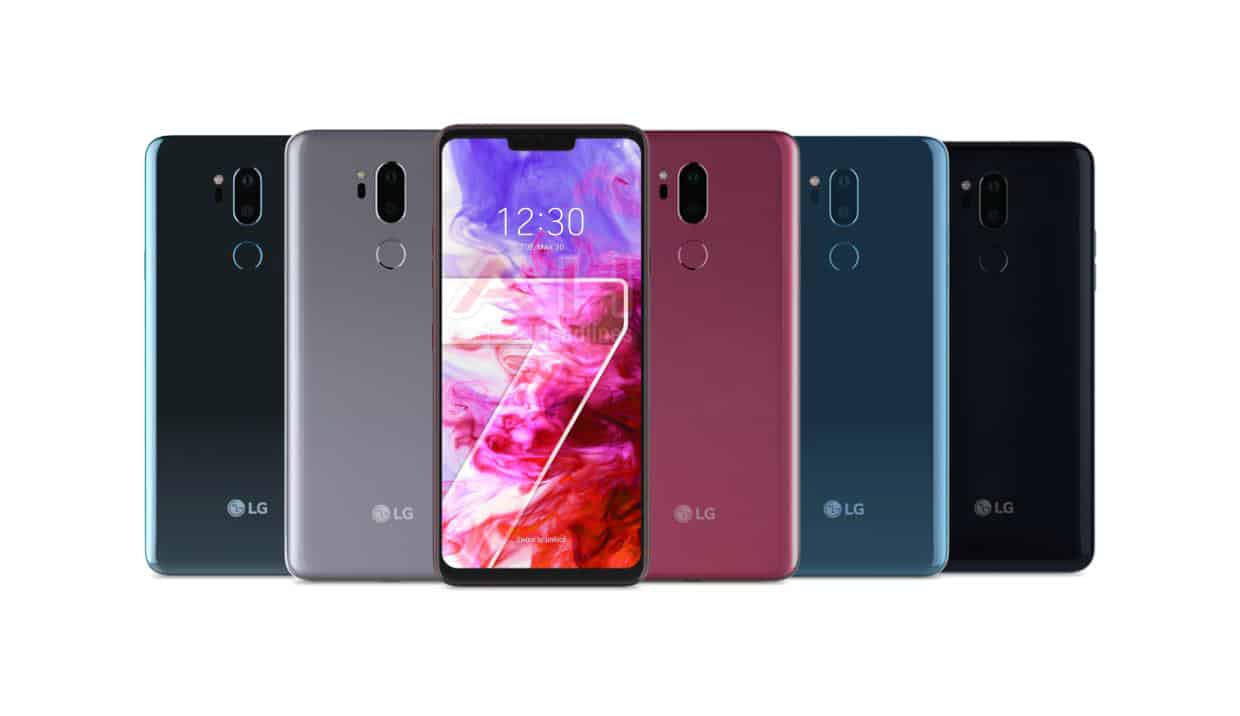 LG has just confirmed that its upcoming flagship will be called the LG G7 ThinQ, as our sources indicated quite recently. Having said that, the company has also confirmed that the phone will be announced in New York (Manhattan) on May 2, while its launch in South Korea (I-Park Mall in Yongsan-gu, Seoul) will follow a day later, on May 3. The LG G7 ThinQ will include some features that are also included on the LG V30S ThinQ, like ‘Vision AI’ and ‘Voice AI’.

Having said that, we’ve exclusively shared an image of the upcoming handset yesterday, and that image reveals not only the design of the phone’s front side, but also all of its color options. The LG G7 ThinQ will ship in Aurora Black, Moroccan Blue, Moroccan Blue (Matte), Platinum Gray, and Raspberry Rose color variants. The phone will include a display notch, and a really thin ‘chin’ below the display, while a vertically-aligned dual camera setup will be included on the back of the device. Below the phone’s main camera snappers, you will notice a fingerprint scanner, while the company’s branding will be included on the back as well. The phone’s back side will be curved, well, at least its sides will be, while the device itself will be made out of metal and glass. The phone’s display will ship with rounded corners, and even though we do not have access to some credible info regarding the phone’s spec sheet, the LG G7 ThinQ specs have surfaced a couple of times thus far.

If rumors are to be believed, the LG G7 ThinQ will sport a 6.1-inch QHD+ FullVision display, along with 4GB / 6GB of RAM and 64GB / 128GB of expandable storage. The 6GB RAM variant of the phone could end up being called the LG G7 ThinQ Plus, but we’re only guessing, anything is possible. Qualcomm’s Snapdragon 845 64-bit octa-core processor will almost certainly fuel the LG G7 ThinQ, while the device will include a 3,000mAh+ battery on the inside, we’re still not sure what size exactly, but it will either be a 3,000mAh or larger battery pack, which will support fast charging. Wireless charging will also be a part of the package, while Android 8.1 Oreo will probably come pre-installed on the phone, along with LG’s custom skin. The LG G7 ThinQ will probably be IP68 certified for water and dust resistance, while most people are also expecting to see stereo speakers on the phone.