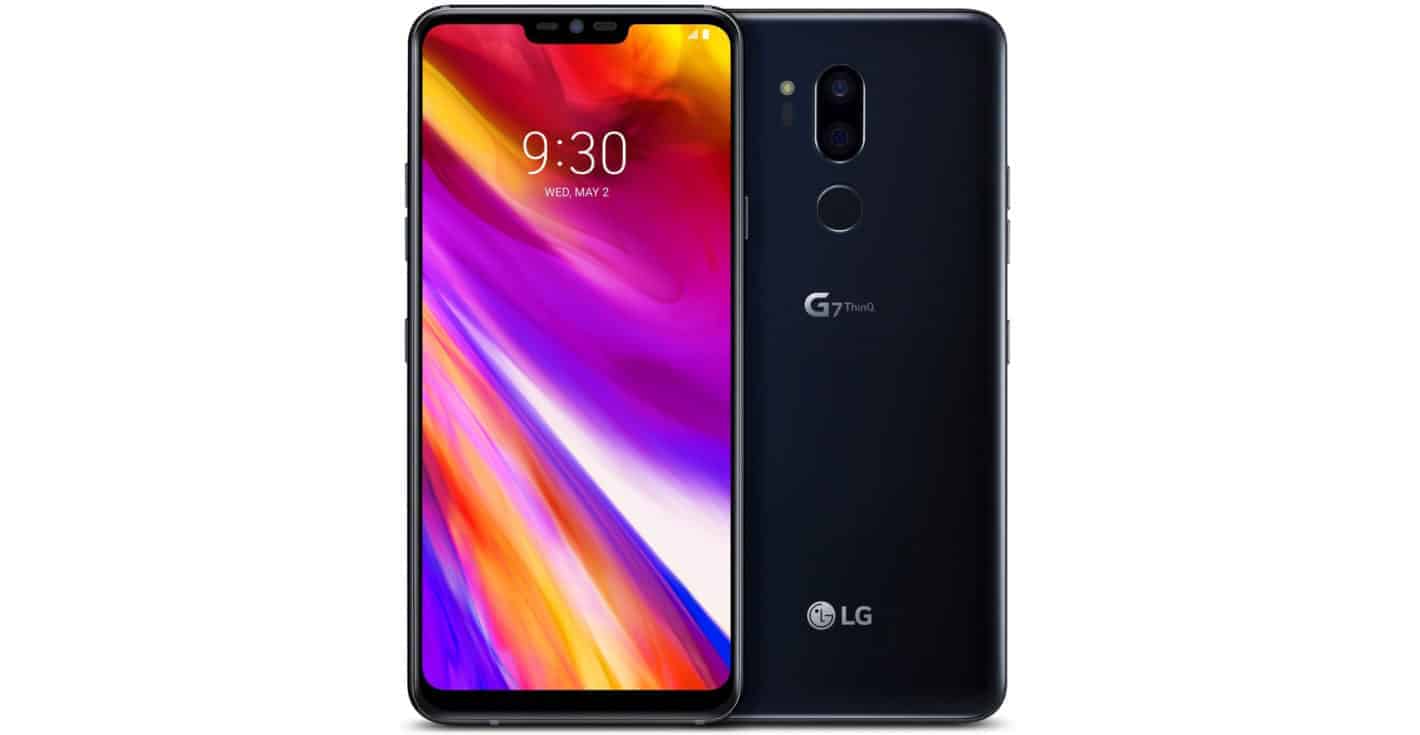 The LG G7 ThinQ leaked in yet another official render prior to its launch, with the newly emerged image that can be seen above being shared by known industry insider Evan Blass. The depiction is entirely in line with the first known G7 ThinQ render obtained by AndroidHeadlines in early April, with that particular leak indicating the Android flagship will be available in five colors. Besides the Aurora Black variant that once again made its way online today, the South Korean smartphone manufacturer is also preparing Raspberry Rose, Platinum Grey, Moroccan Blue, and Moroccan Blue (Matte) variants of the G7 ThinQ.

The device itself features a 19:9 aspect ratio due to the inclusion of a display notch, with the cutout being positioned beneath a slim top bezel, housing the earpiece and the front-facing sensor array of the handset, including its selfie camera. A dual-lens setup centered near the top of the G7 ThinQ's rear panel can also be seen in the new render and previous sightings of the device, positioned immediately above a circular fingerprint reader. According to recent reports, the system will utilize two 16-megapixel sensors and f/1.6 lenses. Besides a dual-LED flash unit, the LG G7 ThinQ should also ship with a heart rate monitor, with both modules being placed to the left of the phablet's main camera setup.

Much like its name implies, LG's upcoming offering will place a large emphasis on various artificial intelligence technologies meant to ennoble the company's mobile hardware. That AI-focused strategy will largely reflect on the imaging capabilities of the device, according to a set of product documentation obtained by AndroidHeadlines. In practice, such a product design approach will result in a camera capable of detecting the type of photography you're trying to accomplish and automatically adjusting its shooting parameters so as to make the most of every scenario, effectively serving as a high-end Auto mode that was already seen on the V30S ThinQ and Huawei's new P20 and P20 Pro Android flagships. LG will be officially announcing the G7 ThinQ next Wednesday, May 2, with the upcoming smartphone being expected to start retailing on a global level by late May.