A leaked image has recently surfaced which shows the back of the Black Shark gaming phone, the device which is being backed by Xiaomi and geared towards mobile gamers. The image of the phone can be seen below, displaying a few bits and pieces of information about the device though nothing too revealing. The device looks to be housed in some sort of case, perhaps to cover up the actual design of the phone since it hasn’t officially been announced yet.

The words “Black Shark” are displayed across the top of the phone with the “S” emblem in the middle. Both the name and the S logo look identical to the name and logo seen in other leaks, like the teaser for the Black Shark phone that surfaced back on April 6. It looks like the phone will come with a dual camera setup on the back paired with LED flash, and although the phone looks like it has a case on it, it’s very possible that this is actually the design of the phone body itself. The image could also be of a prototype and not the final design of the phone that will be sold to consumers.

This is potentially the first leak that shows the device, as previous renders which surfaced on the web over the past week were reportedly deemed to be fake, showing a device with a large display and gamepad-style sides that would house thumbsticks, buttons, and a d-pad. A basic sketch of the device also popped up within the past week which shows the general outline of the phone’s design, giving an idea at the possible shape of the phone. It’s also showed up on benchmark tests, and is supposed to come powered by the Qualcomm Snapdragon 845 processor, which makes sense given this is a phone that is going to be marketed to mobile gamers. The announcement for the device is expected to happen this week on April 13. 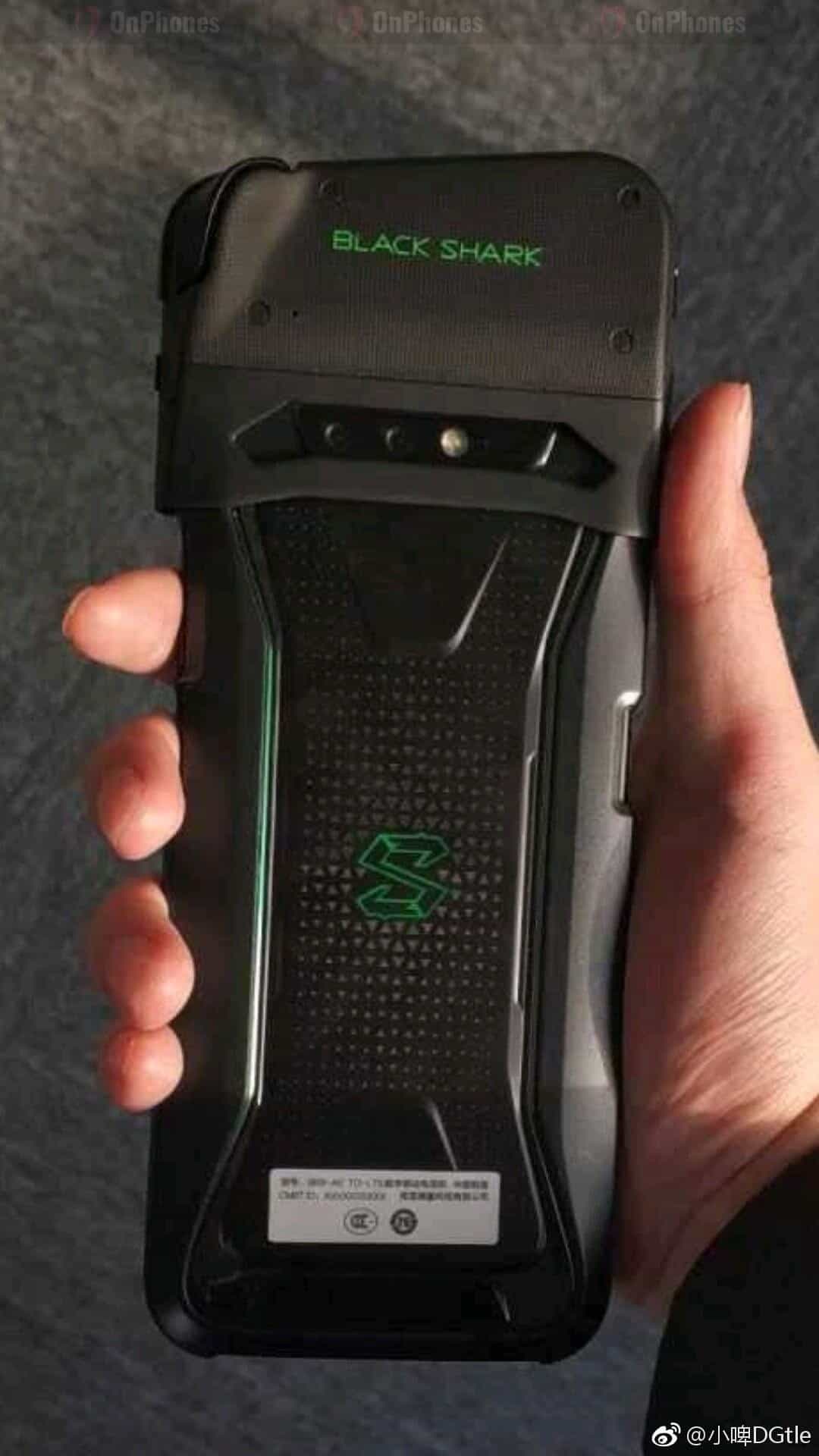