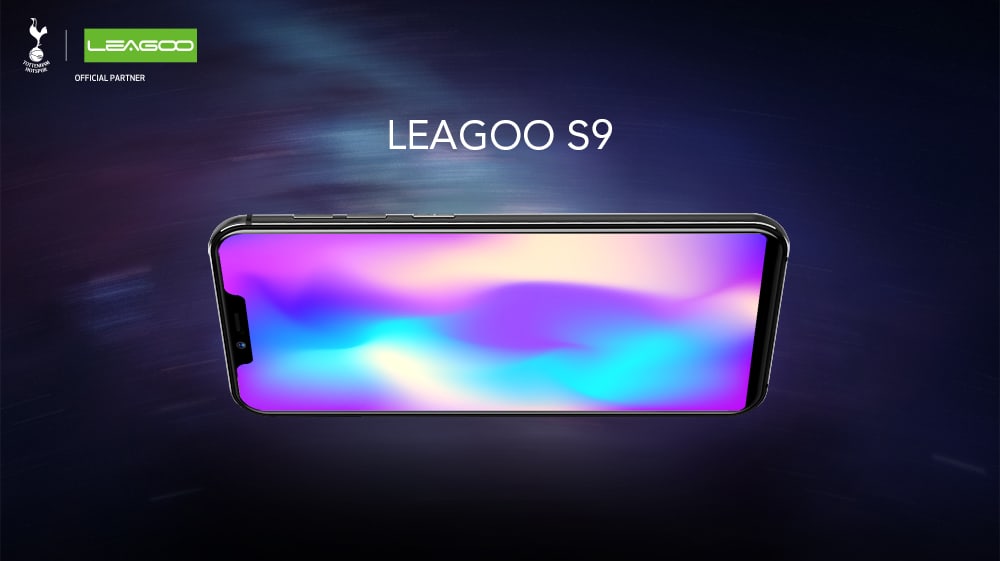 One of the clear smartphone design trends of late is an increase in the amount of screen offered on the front panel with manufacturers looking to facilitate this trend through a number of different means. For example, some have opted for the use of an 18:9 aspect ratio along with an edge-to-edge design while others have opted for more of a tri-bezel-less design where the bezels on three sides of a device are reduced. Then there are those who have opted for the inclusion of a notch – like the LEAGOO S9.

With this being a notch-equipped smartphone the LEAGOO S9 boasts a 19:9 aspect ratio. The display itself measures in at 5.85-inches and the atypical aspect ratio results in a 1512 x 720 resolution. LEAGOO states the overall impact of this design is an almost 90% screen-to-body ratio where the LEAGOO S9 feels more similar to a 5.5-inch smartphone that makes use of a more traditional ratio. While an increased screen-to-body ratio is specifically one of the reasons LEAGOO added a notch to its S9 smartphone, some of the other selling points LEAGOO puts forward for its latest device include the camera abilities, its additional security features, its software experience, and its design. 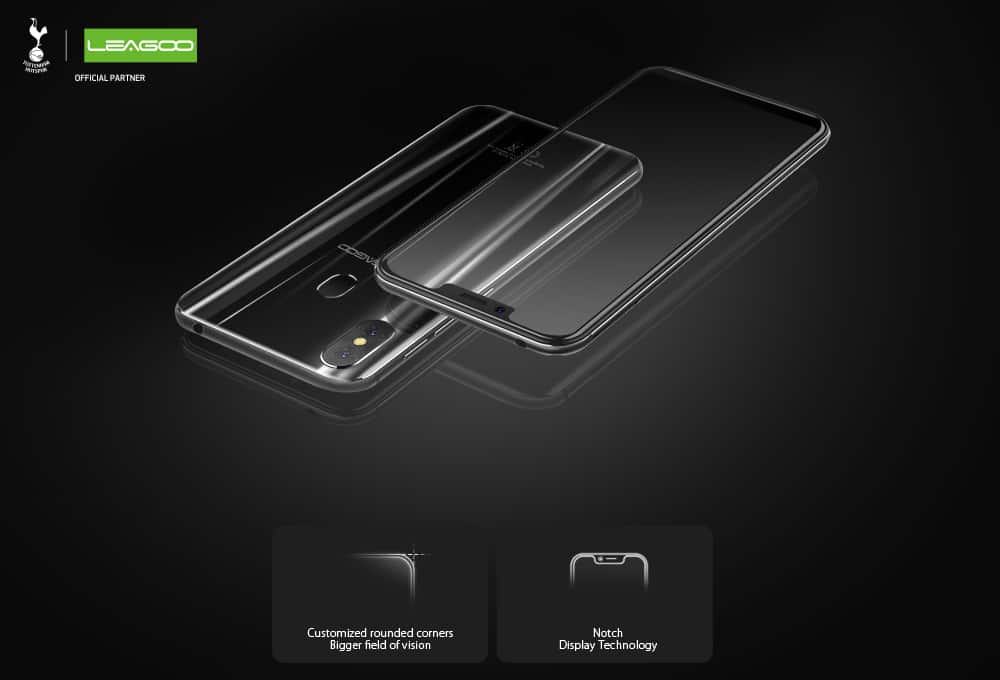 In the camera department the LEAGOO S9 boasts a dual rear camera setup comprised of a 13-megapixel primary camera along with a 2-megapixel secondary camera. To add to that, the S9 utilizes an algorithm to take multiple images at the same time and stitch them together to form what the company refers to as a 65-megapixel Ultra-HD Shot. The effect of which is better lighting and more detailed shots altogether, according to LEAGOO. 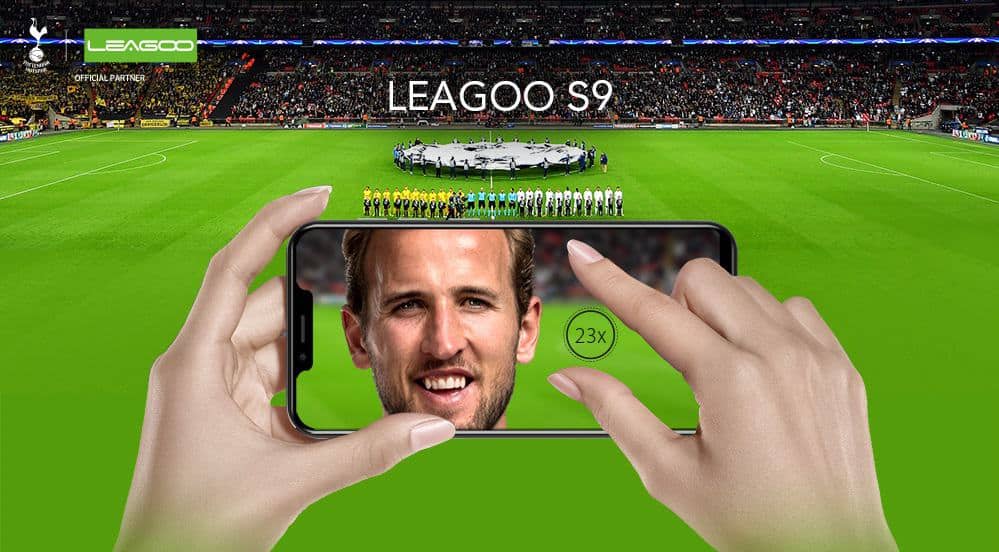 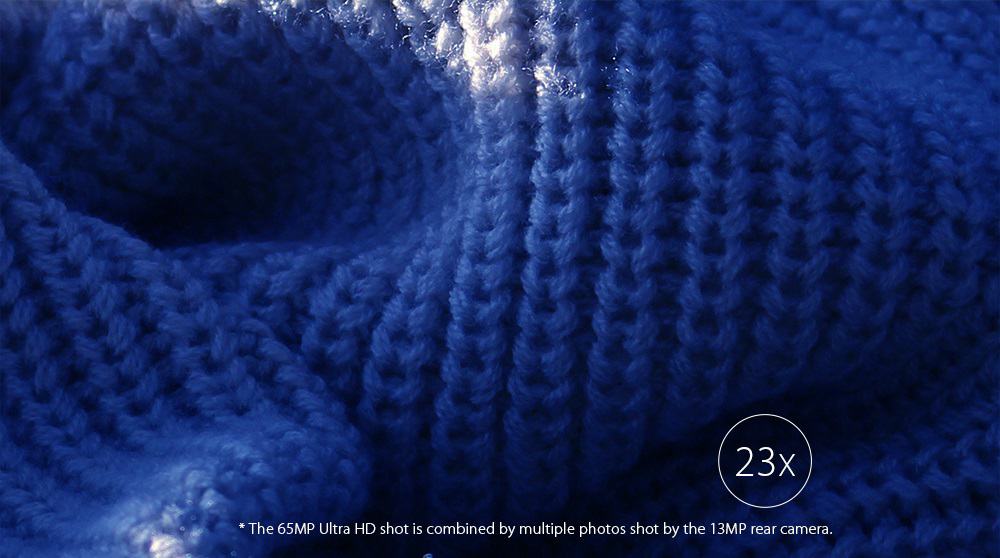 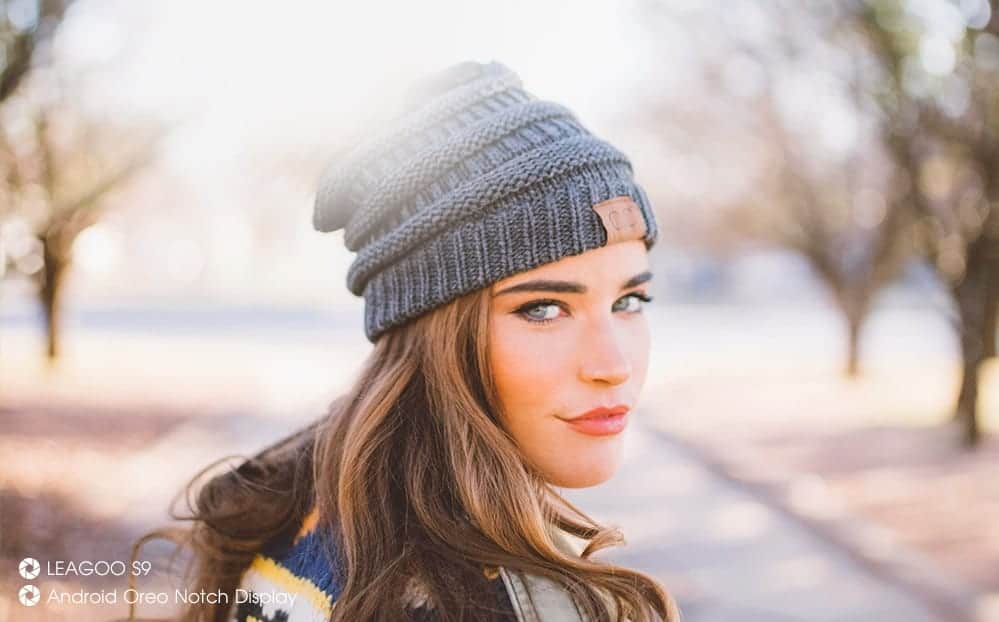 As for the additional security features, the LEAGOO S9 not only features the typical fingerprint sensor but also facial recognition software (“Face Unlock”). Allowing owners the option to unlock their phone just by looking at it with the company stating the LEAGOO S9 is capable of unlocking in 0.1 seconds. 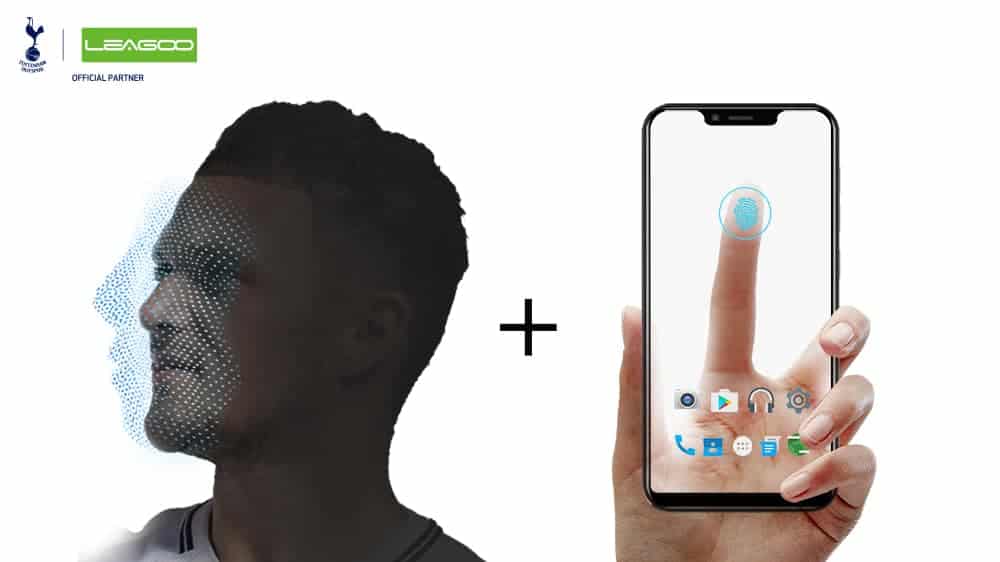 At the software level, the LEAGOO S9 features Android 8.1 (Oreo) and with this being the latest consumer available version of Android, it comes with all of the features associated with Oreo including better multi-tasking, greater power efficiency, and an all-round improved UI experience. Needless to say, there are a few extra tweaks to the software by LEAGOO which collectively look to ensure the phone works to the best of its abilities, including tweaks for better app and notch support. 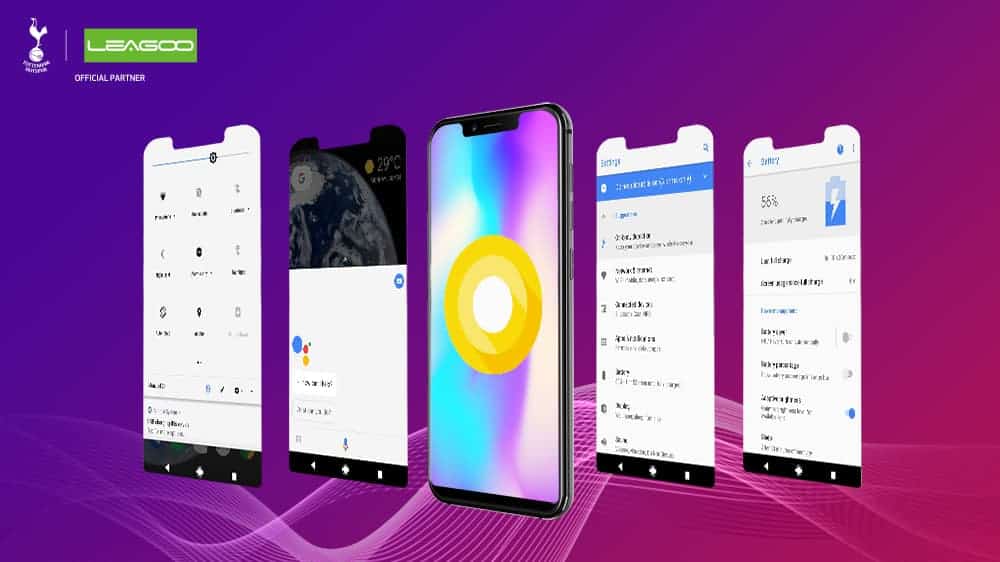 Features aside, when it comes to the design of the LEAGOO S9 the company has made some very clear-cut decisions. The notch being a case in point as it offers those interested in a notch-themed device an Android option which is very similar to the iPhone X but at a much more affordable price. Likewise, LEAGOO has explained the LEAGOO S9 is not designed to be a smartphone that boasts a ‘big battery.’ That is not to say battery life is bad as the LEAGOO S9 features a 3,300 mAh battery along with a number of software optimizations to ensure longer levels of usage. Instead, what LEAGOO is trying to say is that in an attempt to strike a balance between performance and design the company opted to not include any larger of a battery to facilitate a slimmer and better in-hand feel. Speaking of the feel, LEAGOO has opted for the use of a 2.5D curved display along with 3D curved edges and a metallic finish to provide a more premium look and feel overall. The back panel actually makes use of a metal-like paint which adds a sheen to the appearance and LEAGOO does offer a choice of three color options so buyers can opt for the color that best suits their needs.

Of course, one of the very big selling points is the LEAGOO S9’s price as in spite of coming with a number of premium design points and specs, this is a smartphone designed to be as affordable as possible due to the LEAGOO S9 sporting a $149.99 retail price point. As part of the launch and pre-order period LEAGOO is also running various promotions including a contest where some of those who register early will have the option to save $20 off the pre-order price, as well as the chance to buy a LEAGOO S9 for $1.99.