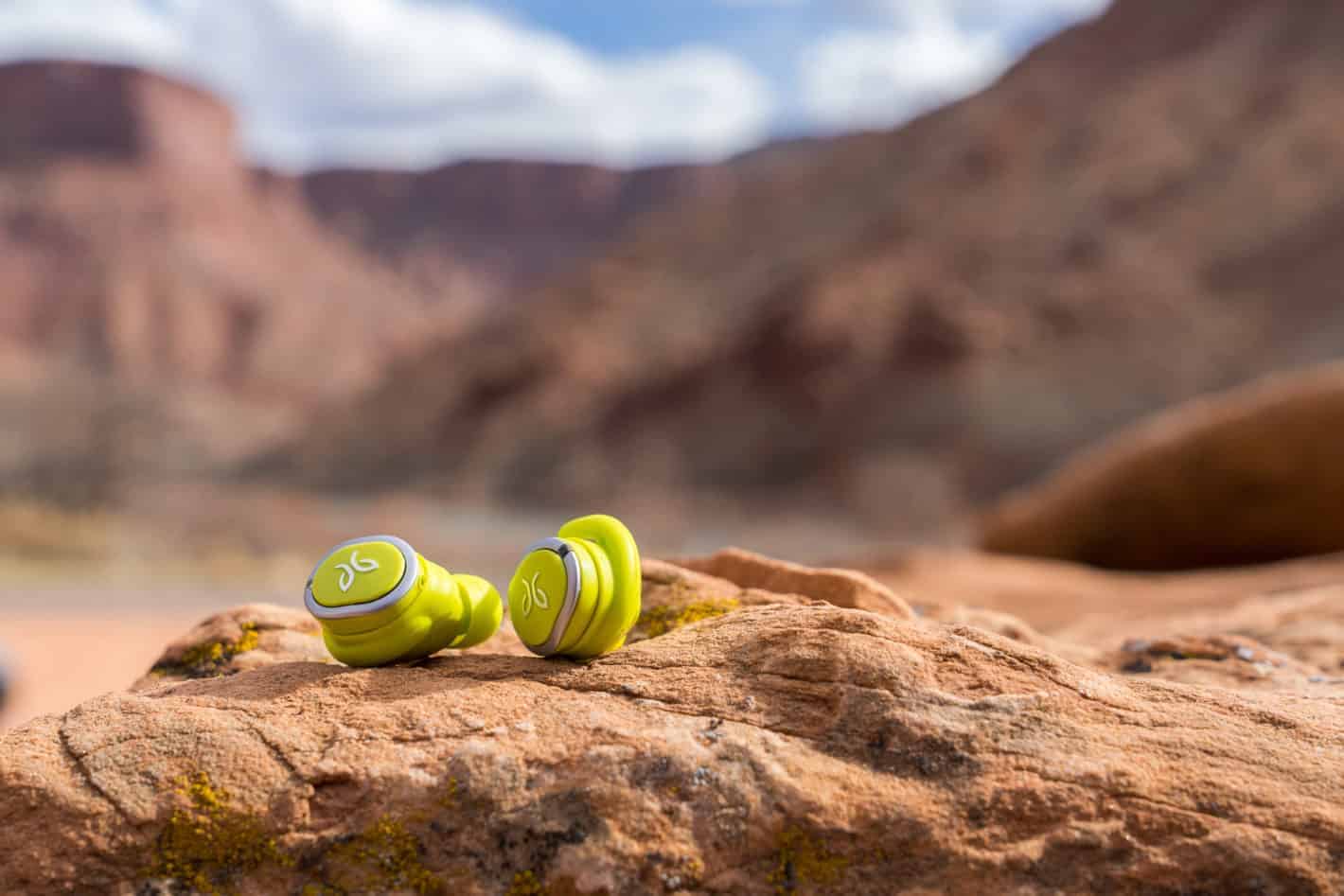 Jaybird, today, announced the release of a new version of its popular truly wireless headphones, the Jaybird RUN. It is offering a special Earth Day model of the RUN, which are in Charge Green with a Forest Green charging case. These colors were inspired by the open scapes of Park City, Utah, where Jaybird calls home. This special edition will only be available until April 30, and Jaybird is also going to donate 10-percent of the proceeds from this model to The Conservation Alliance. That's not all though, Jaybird is also taking an additional 10-percent off of all Jaybird website sales on Earth Day – which is this Sunday, April 22.

This new model of the Jaybird RUN may not be the best looking pair of headphones from Jaybird, but they are supporting a great cause with this special edition, so it's definitely worth picking up for that reason alone. The Jaybird RUN is the company's first pair of truly wireless headphones, that it launched last fall. The RUN were designed to work well for those that do a lot of running, a lot of the test subjects for Jaybird with the RUN were actual runners, to make sure they wouldn't fall out of their ears. The RUN do sport around four hours of battery life, and the charging case can charge them up to four times on top of that. So you get some decent battery life out of these. The early versions of RUN had some connectivity issues, but Jaybird has fixed those since then.

Now if you've been looking to pick up a pair of Jaybird RUN, April 22 might be the best day to grab a pair. Since you can get an additional 10-percent off of the price. The Jaybird RUN are usually around $179, so they aren't the cheapest pair of headphones out there – nor the cheapest pair of truly wireless earbuds – but definitely worth the price. Remember that the Jaybird MySound app works with the RUN, so you can critique the equalizer and sound coming out of these earbuds. Also remember that this special Earth Day model is only available until April 30 or while supplies last.