The Honor 7A had surfaced a number of times thus far, and the phone is now finally official. Honor has introduced the Honor 7A in China, and as expected, this is one of the company’s entry-level smartphones. The Honor 7A is made out of metal, it sports a rear-facing fingerprint scanner, while the company’s logo sits below its display. All the physical keys are located on the right-hand side of this smartphone, while the device has a rather large display as well. Speaking of which, let’s take a look at its spec sheet, shall we.

The Honor 7A features a 5.7-inch HD+ (1440 x 720) display with a 2.5D curved glass on top of it. The device is fueled by the Snapdragon 430 64-bit octa-core SoC, Qualcomm’s entry-level chip. The phone packs in 2GB / 3GB of RAM and 32GB of expandable storage. Android 8.0 Oreo comes pre-installed on the device, along with Huawei’s Emotion UI (EMUI) 8.0. 13 and 2-megapixel snappers are placed on the back of the Honor 7A, while a single 8-megapixel camera (f/2.0 aperture) can be found on the front side of the phone. Interestingly enough, an LED flash is included on both the phone’s front and back sides. A fingerprint scanner sits on the back of the Honor 7A, while the phone comes with a 3,000mAh non-removable battery. A 3.5mm headphone jack is available on this smartphone, and so are two nano SIM card slot. Honor had also included Bluetooth 4.2 here, while 4G LTE with VoLTE is also a part of the package.

The Honor 7A comes in Black Gold and Blue color options, and its 2GB and 3GB RAM variants are priced at 799 Yuan and 99 Yuan in China. The phone is already available for pre-order in China, and it will go on sale starting on April 3. Honor did not say when or if this smartphone will become available outside of China, but if previous handsets from this lineup are any indication, the device will roll out to a number of markets in the near future, quite probably including India and Europe, so stay tuned for that. 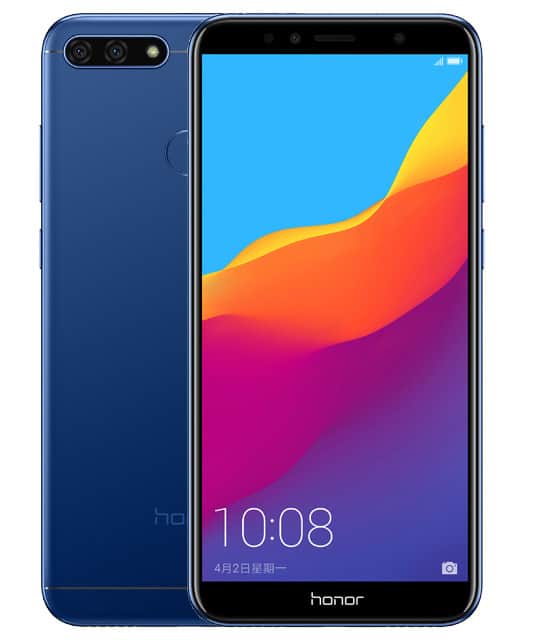