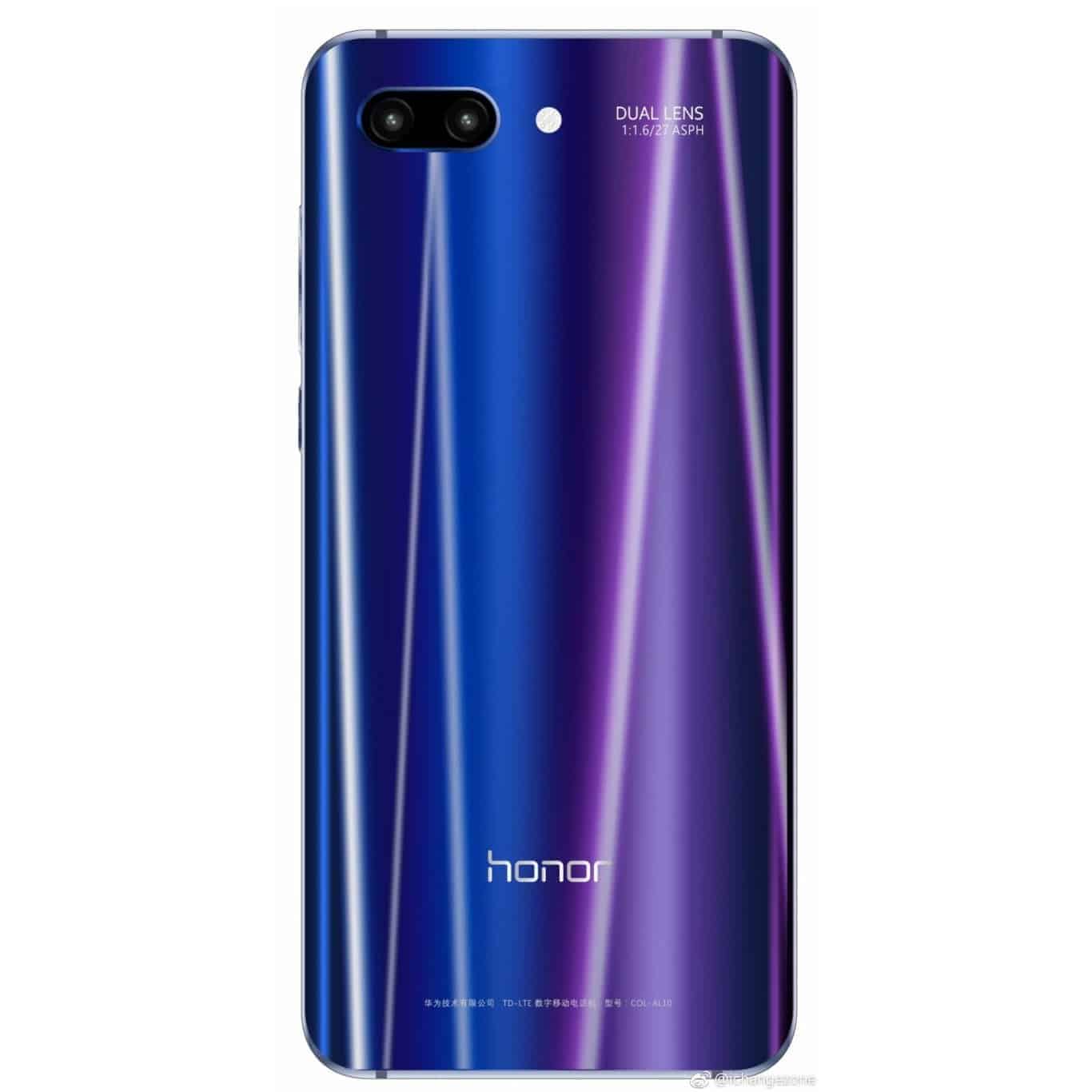 According to a new rumor, Honor is actually planning to release a variant of the Honor 10 with an in-display fingerprint scanner. This info comes from Honor News, and it was passed on to the public via Roland Quandt, who seems to under the impression that the info is accurate. Roland Quandt is not sure, though, but he is sure that a variant without it will be made available, which was more or less confirmed via a number of rumors and leaks thus far.

The Honor 10 is Honor’s upcoming flagship, and it will be announced shortly, it is coming later today. It is worth noting that a Chinese variant of the phone will be announced in China today, while the phone’s global variant will drop in London on May 15, which was also confirmed by the company already. The Honor 10 will be made out of metal and glass, and it will resemble the Huawei P20 as far as the design is concerned. A display notch will be a part of the package as well, and that notch will also resemble the one on the Huawei P20, which is not that surprising considering that Honor is basically Huawei’s company. The Honor 10 will run Android 8.1 Oreo out of the box, with Huawei’s Emotion UI (EMUI) 8.1 skin, and the device will be fueled by the Kirin 970 64-bit octa-core processor.

The Honor 10 will arrive in 4GB and 6GB RAM variants, while those two variants will include 64GB and 128GB of native storage, respectively. The phone will sport a 5.84-inch fullHD+ (2240 x 1080) display, while a 24-megapixel snapper will be included on the phone’s front side. The device will feature a dual camera setup on the back, while its fingerprint scanner will sit below the phone’s display. The Honor 10 will arrive with two SIM card slots, and it is possible that only the phone’s 4GB RAM variant will be made available in Europe, as the Honor 9’s 6GB RAM variant had very limited availability in Europe, but the 4GB RAM model was available all over the continent. Europe will be the second market to get the phone it seems, right after China.