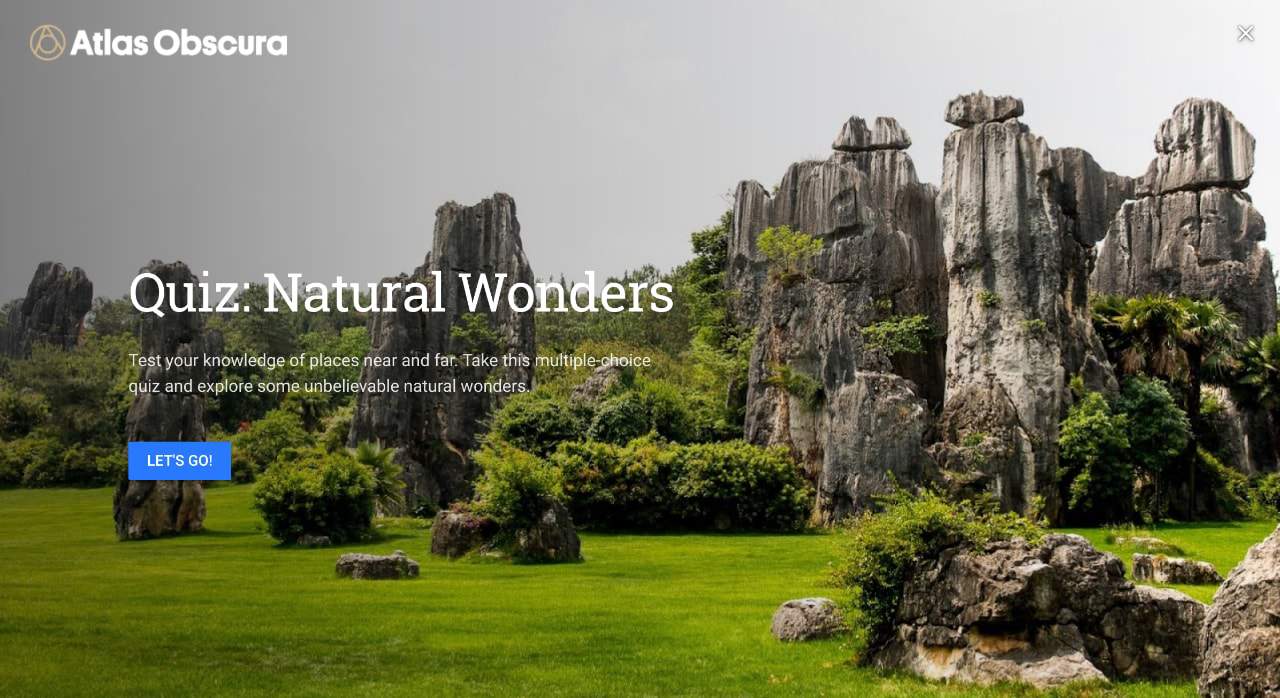 Google's Earth app has been out of the news for several months but the company has been hard at work preparing two new experiences, starting with a partnership with Atlas Obscura and a new geographical quiz. The aptly titled "Quiz: Natural Wonders" is accessible via either the mobile app or the official Google Earth website. In the shortest terms possible, it centers around a mix of geographically unique and stunning landscapes or landmarks, with participants working with only the name and a high-resolution image. With that, they are tasked with determining where, exactly, each is located and the quiz is multiple choice to make things a bit easier than it might otherwise be. It wouldn't be fair to give away the answers here, but some listed landmarks include the Morning Glory Pool and the hot springs of Dallol. After answering the quiz, users will be shown the rank they've earned and given suggestions on where to explore using Google Earth. For hints, users can refer to the official Google Earth Twitter page at the handle "@googleearth."

There's no word regarding how long this particular quiz will become available but since it seems to be tied in with Earth Day, it won't necessarily be sticking around forever. However, there will be another quiz coming up at some point following the one outlined above. Google hasn't said whether that will be another in partnership with Atlas Obscura but it will be in a similar vein with a slightly different topic. That topic isn't exactly a secret since the company has gone beyond providing a hint alluding to "royal wedding bells" and mentioning that it will be available in "mid-May." In fact, the next quiz will center around castles and palaces from around the globe.

Although Google Earth often seems to take a back seat to Maps and other projects, these two quizzes are a great show of effort and are unsurprisingly well put together. Better still, the subject matter has an air of relaxation to it that may just make them the perfect way for those who enjoy these kinds of games to unwind. For those who want to check it out on mobile, the quizzes can be accessed by opening the Google Earth application and navigating to the "Voyager" option in the top-right-hand hamburger menu. Conversely, they can also be opened in any web browser via the button below.

Advertisement
Go To The Quiz Now 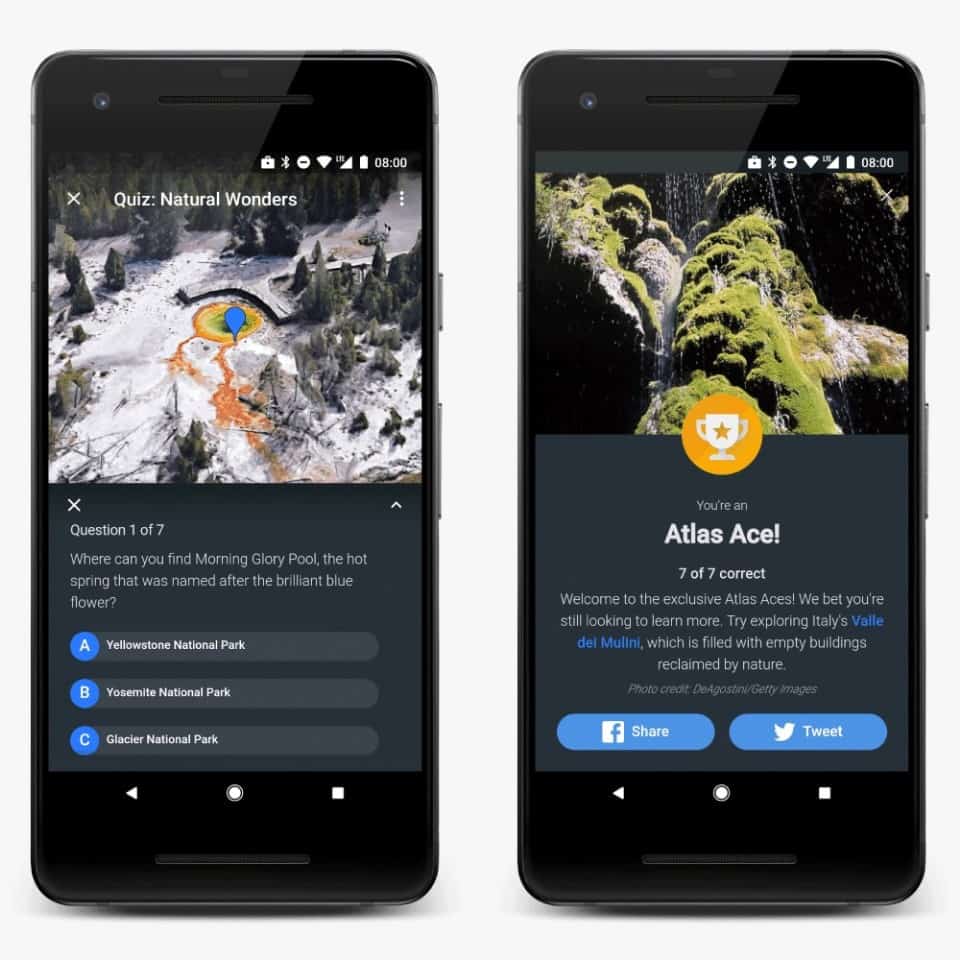