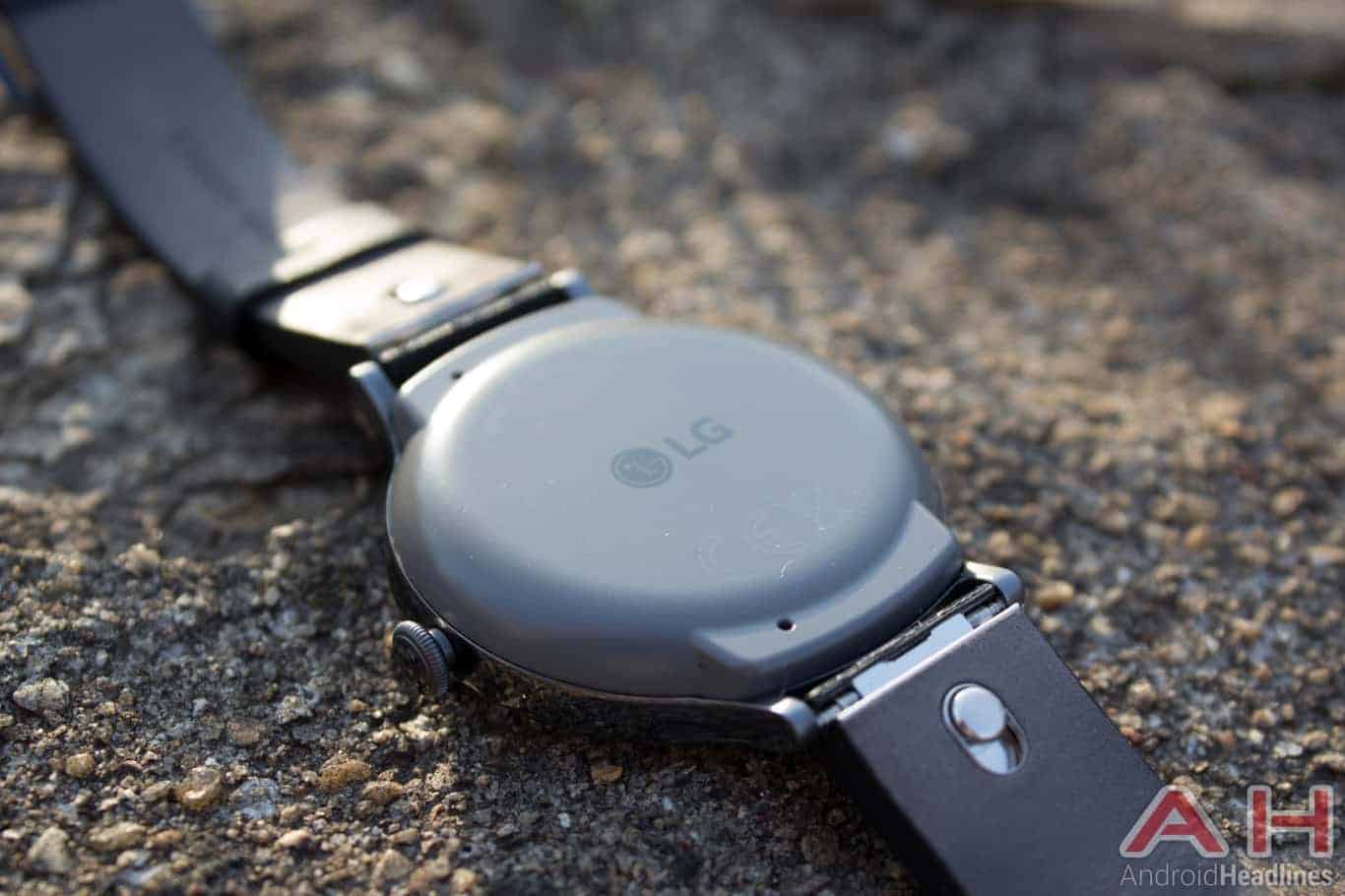 LG Electronics will launch a new hybrid smartwatch branded as the LG Watch Timepiece, AndroidHeadlines can now reveal. This is a device that has yet to be reported on, and one which will be the first LG wearable to run Wear OS out of the box, following Google’s Android Wear rebranding. The LG Watch Timepiece has been envisioned as a hybrid product that combines a contemporary operating system and apps with a mechanical clock setup (Micro Gearbox), thus seeking to cater to a demographic that’s looking to get the best of both the analog and digital world – one of the aspects the South Korean tech giant will use to market the Watch Timepiece on launch.

The LG Watch Timepiece boasts a stainless steel body along with an IP68 elements-resistance certification, highly precise quartz movement, and physical watch hands. The analog basis of its setup ensures both accurate time tracking and long battery life, with the wearable capable of lasting up to a hundred days on a single charge while operating in Watch Mode which effectively has Wear OS (almost) completely disabled. Once its 240 mAh battery is depleted, the device will still be able to continue tracking time for close to a hundred hours, i.e. roughly four days. Above the physical watch hands is a circular 1.2-inch LCD panel with a resolution of 360 by 360 pixels amounting to a pixel density of 300 pixels per inch. As this is still a Wear OS-powered offering, its screen can display all watch faces and complications you can install from the Google Play Store. The analog watch hands themselves can relay extra information as well, thus effectively being able to serve as an at-glance compass, barometer, altimeter, timer, or a stopwatch, among other applications.

The LG Watch Timepiece measures 45.5 x 45.4 x 12.9 mm in size, with its overall physical footprint sitting between that of the LG Watch Style (42.3 x 45.7 x 10.8 mm) and LG Watch Sport (45.4 x 51.2 x 14.2 mm), the company’s last smartwatch offerings. LG will be shipping the wearable with a 22 mm silicone rubber strap that users will be able to swap with any other band of identical size. The Seoul-based company is also planning on launching a special-edition LG Watch Timepiece Plus (stylized as the “LG Watch Timepiece+”) that will come with both a silicone and metal strap, as well as an extra charging cradle. The hybrid smartwatch will be equipped with 4GB of eMMC storage, 768MB of LPDDR3 RAM, and Qualcomm’s Snapdragon 2100, the same 1.1GHz system-on-chip whose four cores have been powering Android Wear (now Wear OS) wearables since 2016, much to the dismay of some industry watchers.

The device won’t have cellular capabilities and will instead only support Wi-Fi 802.11 b/g/n and Bluetooth 4.2 for wireless connectivity, in addition to being equipped with a USB Type-C 2.0 port. The offering should be suitable for a wide variety of use cases, with its IP68 certification guaranteeing resistance to dust particles and water, as was the case with last year’s LG Watch Style and Watch Sport. While a nine-axis motion sensor will be part of the package, NFC and GPS aren’t expected to be supported. Mechanical watch hands aside, the overall specifications of the LG Watch Timepiece are indicative of a product that’s meant to bridge the gap between the Watch Style and Watch Sport, though the latter model will remain a more attractive proposition for consumers who are primarily in the market for a fitness tracker coming in the form of a more traditional timepiece.

The LG Watch Timepiece is rumored to be announced on Monday and will be offered in two color options – New Aurora Black and Cloud Silver. The wearable is likely to start retailing by June, with LG understood to be targeting global availability, though certain models may have slightly different specs and even be advertised under different monikers, depending on the region. Its pricing details remain unknown but seeing how the majority of its specs will be similar or identical to the LG Watch Style, the addition of a mechanical watch system and 50-percent more RAM likely won’t see the watch priced much higher than $250, which is how much the previous wearable cost at launch. For reference, the LG Watch Sport debuted with a $350 price tag in early 2017 but shipped with a larger and higher-resolution screen, higher-capacity battery, NFC support, and GPS capabilities.