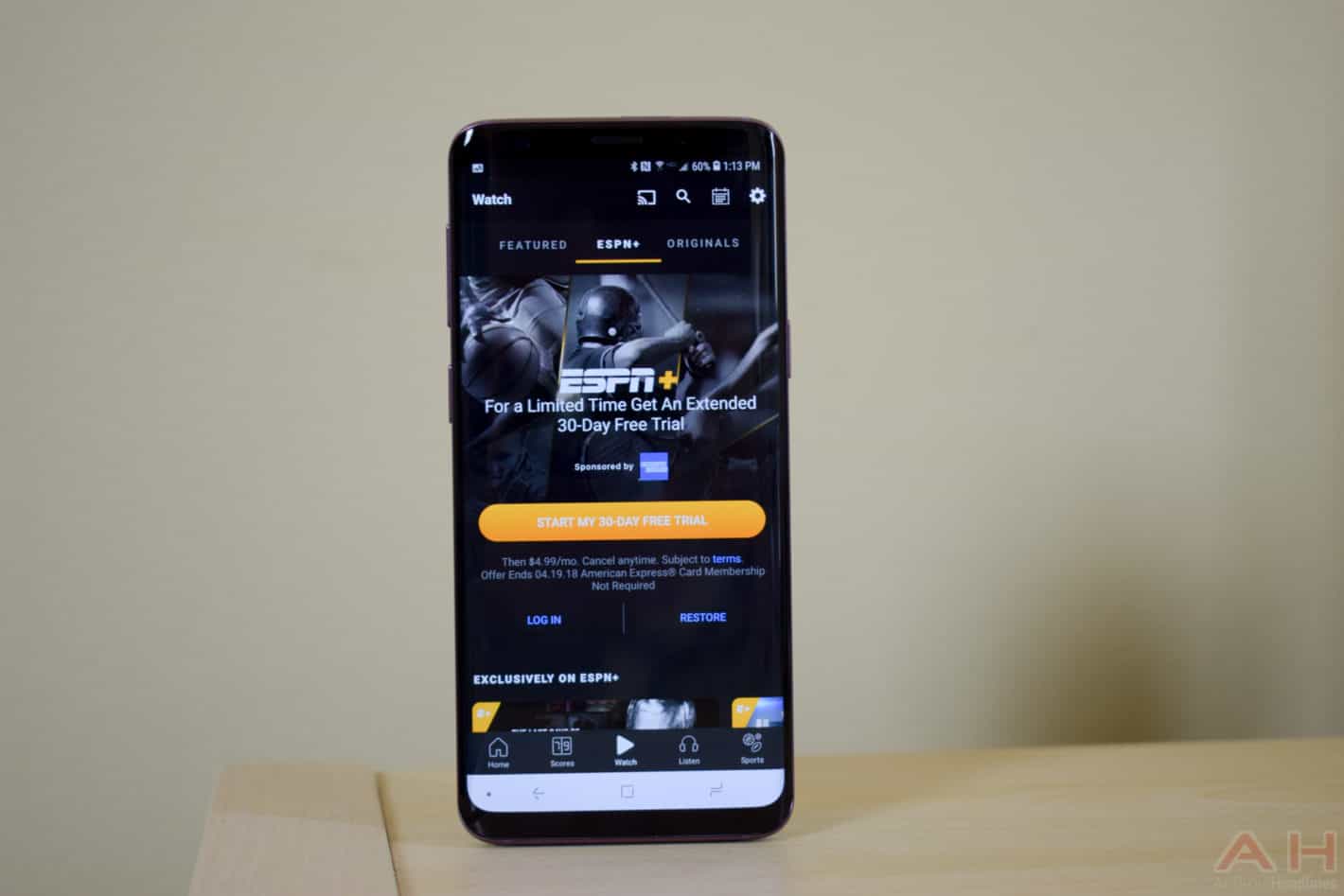 ESPN has updated its Android app to incorporate the ESPN+ Streaming Service, that went live earlier this week. The company has bee touting this new streaming service for quite some time, and now it's finally live. This streaming service was announced earlier this year by parent-company, Disney. The service costs $5/month, and is really targeted at those that watch a lot of sports. This won't replace the ESPN channels you get on your streaming TV or cable subscription, instead it's in addition to it. For example, you can watch ESPN live on the ESPN+ service, however, you need to be authenticated through a cable or satellite TV provider.

Some of the features that make ESPN+ stand out, compared to other streaming services include HD streaming at 60 frames per second. Now ESPN does not mention whether that "HD" is 720p or 1080p, but it is in 60fps, which really makes a difference when it comes to fast-paced shows like sporting events. ESPN+ also offers live pause, rewind and restart. So if you missed the first quarter of a game, you can rewind and watch it over. Of course, the big thing here is the limited advertising. ESPN says that ESPN+ subscribers will get a differentiated advertising experience through the app and website. There will be no pre-roll ads within video content. The only ads you'll see are within the regular commercial breaks. Finally, ESPN+ allows you to also subscribe to other premium streaming services, which includes MLB.TV right now. The company says that NHL.TV will be coming at the start of next season.

Aside from being available on Android and iOS, the ESPN+ service is supported on Android TV, Chromecast, Amazon Fire TV, Fire Tablets and the Apple TV. So you'll be watch it on many of the top platforms. Though noticeably absent here is Roku and gaming consoles like the PlayStation 4 and Xbox One. Though those will likely be coming in the next few weeks, as ESPN works on rolling out the service more broadly. As mentioned, ESPN+ is going to cost you $4.99, but you can also save a bit more by paying for a full year at $49.99, which brings the price down to $3.75/month on average, or you can look at it as getting two months free. You can download the latest version of the ESPN app through the link below.