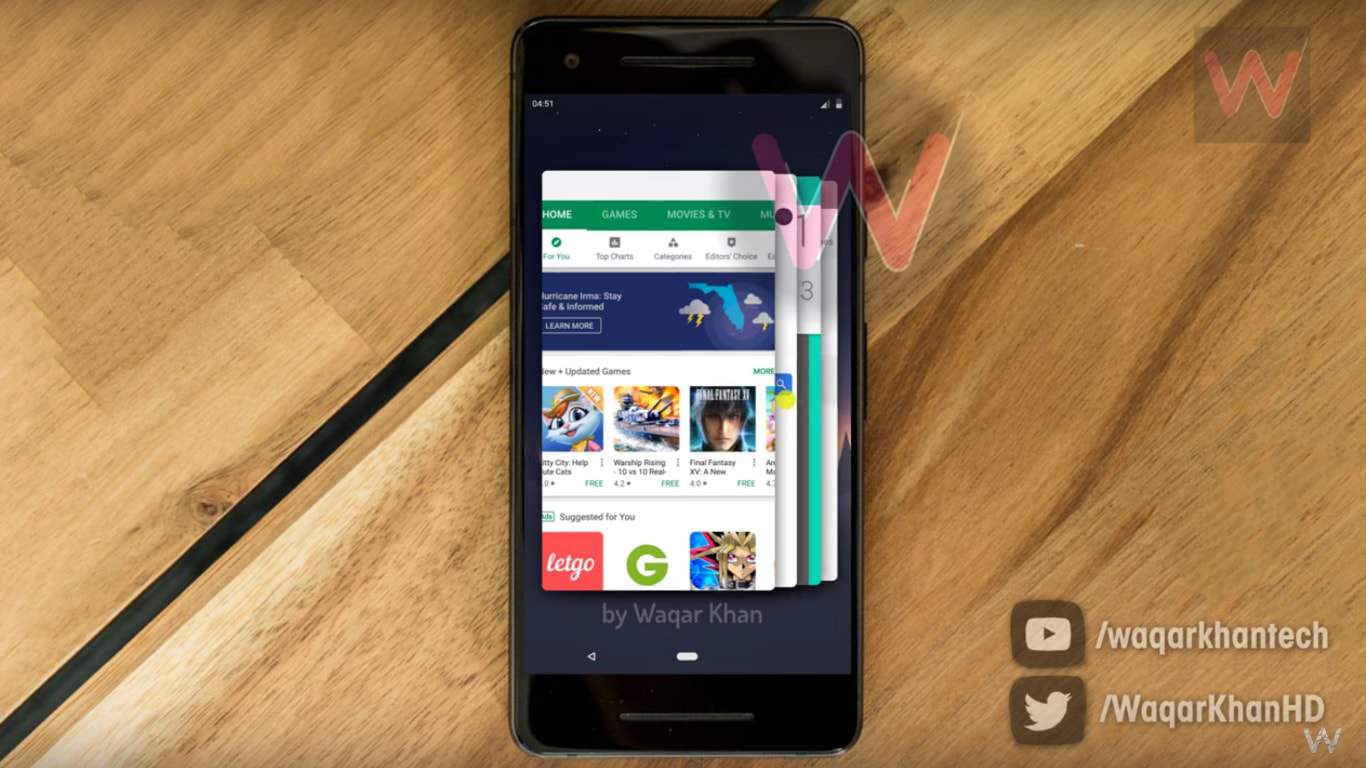 Designer Waqar Khan has a new video on the YouTube of the same name which highlights how Android P's navigation menu might look based on current descriptions of the system's changes. It goes without saying that this is not an official representation of the interface by any stretch of the imagination so it shouldn't be taken as such. The navigation U.I. in question is, of course, the recently leaked and reported gesture-based control scheme first spotted in an official Google blog. The primary focus of the changes seems to center around how the recent apps are accessed and navigated. However, there are expected to be quite a few difference associated with that, as shown in the unofficial renders in the new video.

As described in those reports and shown in the leaked screenshots, Khan's render shows a pill-shaped icon at the center of everything. That replaces the "home" icon found in previous Android OS builds and does provide a similar functionality. A "back" software button is still found to the left of that new icon, which seems to work exactly as it did before. So the main point of interest is in the new icon. In the video, Khan imagines that having a similar use as Apple's gesture bar. A swipe up on that icon results in the display of a recent apps screen which has returned to its prior horizontal scroll orientation. That is shown to be navigable exactly as might be expected, with swipes and taps used to get between apps. Meanwhile, a single tap on the same button is displayed as a way for users to return to the home screen while a long-press will launch Assistant. Finally, a swipe left or right on that same icon is shown switching users between those applications from any screen. The animations throughout are, as would be expected of Google's engineers and designers in a final version of the U.I., smooth and concise.

It bears repeating that this is only a designer render and shouldn't be viewed as necessarily representative of how Google will use its pill-shaped icon. In fact, it's probably best to assume that the search giant will go in a completely new and unexpected direction with its new U.I. With that said, this is actually a very clean looking way to navigate and it will be interesting to see if anything at all like Khan's design makes its way into the final cut of the software. Thankfully, with Google I/O just around the corner in May, it may not be too long before everybody finds out for sure what the update will hold.