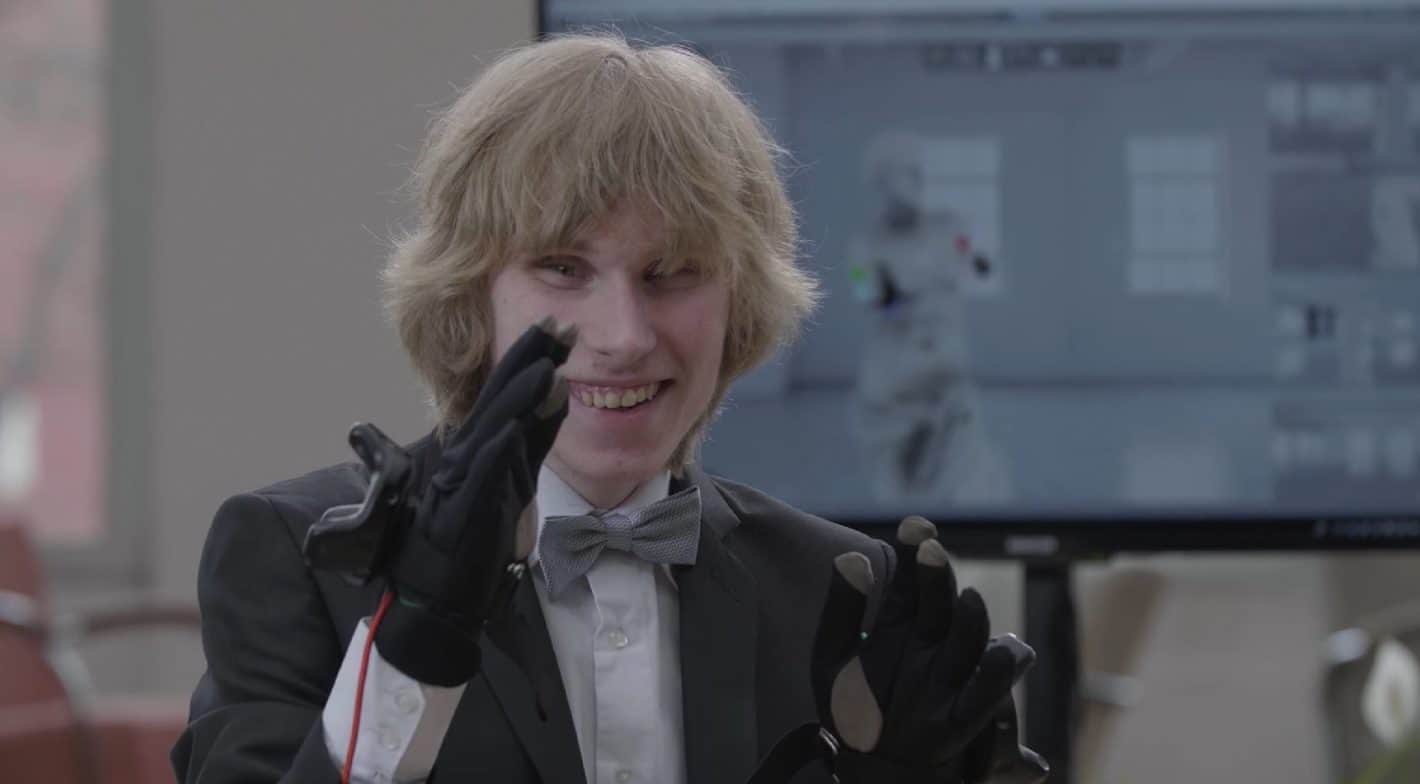 Prague, Czech Republic-based exhibit Touching Masterpieces combines virtual reality with specialized hardware to allow blind and visually impaired people to “see” artistic sculptures in a way that would otherwise be impossible – by touching them. By utilizing contemporary VR technologies in conjunction with traditional haptic feedback solutions built into a pair of gloves, Spanish startup Neurodigital Technologies managed to deliver a platform that provides users with the ability to feel famous sculptures in a virtualized environment. Besides the Spanish company which crowdfunded its specialized wearable through Kickstarter in 2015, the project also involves the National Gallery of Prague and Geometry Global Prague, with the latter being responsible for creating the 3D models of supported sculptures.

The initiative has so far managed to cover Venus de Milo, Michelangelo’s David, and the bust of Nefertiti, though more sculptures are expected to be added to its portfolio in the near future. The prototype version of the solution that isn’t available to the general public and has so far only been tested by a number of blind individuals allows users to feel the overall shape of supported sculptures and is accurate enough to even allow them to recognize the texture of an object they’re “touching,” i.e. determine whether a specific portion of a statue is rough, smooth, or has a unique and intentional texture.

Some of the principles utilized by the Touching Masterpieces initiative have been adopted from traditional art education for blind and visually impaired but aim to significantly improve on the accuracy of regular tactile pictures and similar tools that are widely considered to be relatively inaccurate. The system is still being refined and should eventually be available for use to the general public, with Geometry already open-sourcing its 3D models in order to encourage third-party developers to either contribute to the project or leverage those assets to create their own accessibility solutions. A short demonstration of Touching Masterpieces and the work that went into it so far can be seen below.