The Xiaomi-backed Black Shark gaming smartphone will be announced on April 13, it seems. Black Shark has confirmed this info via an image on its official Weibo (Chinese social network) page, though the company did not really release any additional info along with that. About a week ago, Black Shark did confirm that the phone will be fueled by the Snapdragon 845 64-bit octa-core SoC, and that is the only official piece of info we have, at least as far as the phone’s specs are concerned.

It is still unclear whether this phone will launch as a Xiaomi-branded smartphone, or just a Black Shark-branded product, but this will, in one way or the other, be Xiaomi’s new gaming smartphone, as Xiaomi stands behind the Black Shark brand. This handset is expected to compete directly with the Razer Phone, and Nubia’s upcoming gaming smartphone as well. It is still unclear what the phone will look like, but chances are it will sport an interesting design to make it stand amongst a sea of ‘regular’ smartphones out there. In addition to the Snapdragon 845 SoC, the device will almost probably ship with 8GB of RAM, though a 6GB RAM model is also a possibility. Black Shark will probably include plenty of storage on the inside of that phone as well, and you can expect to get a rather large display as well, considering this is a gaming smartphone after all. On top of that, a large battery pack will be necessary to push those games, so this phone’s battery will probably be larger than 4,000mAh, but we’re only guessing at this point.

Black Shark will probably release some new teasers before the device gets announced on April 13, so we may even get some officially-confirmed specs in the coming days, who knows. The phone’s price point is also unknown at this point, but if yesterday’s rumor is to be believed, the device will come with Android 8.0 Oreo, though we do not know if MIUI will run on top of it, or will Black Shark include some other skin. It is also worth noting that this handset will include a ‘Shark Space’ app, which is essentially a gaming-focused application, similar to the ‘Game Center’. 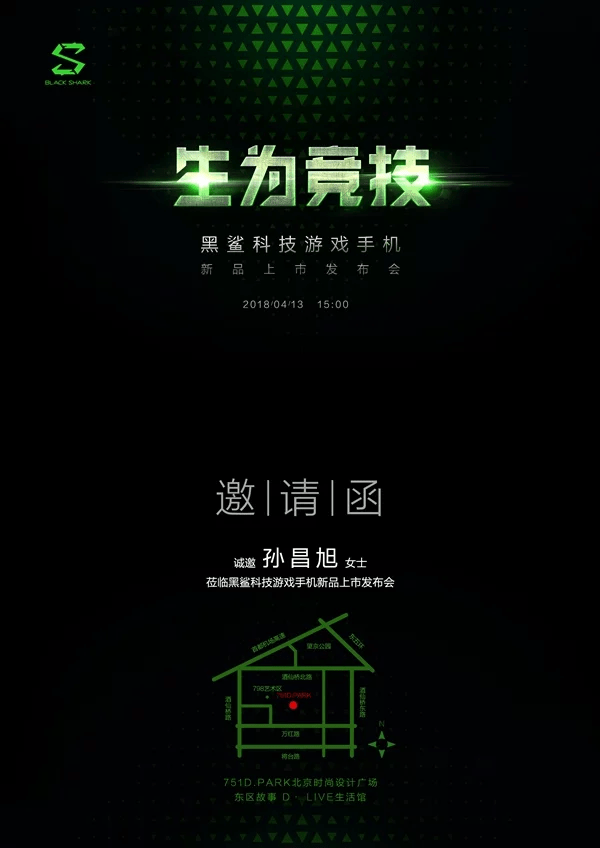