Honor will soon be adding another product category to its portfolio with the launch of its first notebook at an event next week. Dubbed MagicBook, its leaked images reveal a near bezel-less display packed inside a compact body. Honor already has an event scheduled for April 19 in China for Honor 10’s announcement, and the company has confirmed the MagicBook to be launched alongside. The confirmation was provided via company’s official Weibo account where a photo was posted including the laptop’s name, design outline, and release date. The Chinese brand had earlier teased the notebook on April 1, but it was taken as an April Fools’ Day joke considering the extremely thin bezels it carries. Besides a launch date and an image revealing its bezel-less design, no other detail of the device is known yet.

The design of the MagicBook notebook looks similar to the MateBook X Pro launched at the Mobile World Congress in February by Honor’s parent company Huawei. MateBook X Pro’s display measures 13.9 inches offering a screen to body ratio of 91-percent with a resolution of 3,000 x 2,000 pixels in the 3:2 aspect ratio. With its extremely thin bezels, Huawei embedded the webcam under a dedicated key on the notebook that can be popped up when needed, also taking care of privacy concerns. The Windows 10-powered laptop also takes some design elements from Apple’s MacBook Pro lineup to bring a superior build and finish. Weighing just under three pounds, the MateBook X Pro is claimed to offer a battery life of up to 14 hours on a single charge.

Honor’s foray into the laptop space will happen along with the launch of its next flagship Honor 10. The smartphone will be introduced in China on April 19, while an international launch will happen about a month later on May 15 at an event in London. A handful of its leaked photos have already confirmed two rear-placed cameras with a glossy finish on its back. The Honor 10 is expected to share some of its core specifications with the Honor View 10 flagship phone, including Huawei’s in-house Kirin 970 chipset and 6GB of RAM. While, the Honor 10 is said to be considerably cheaper than the Huawei P20 series, and even the View 10. 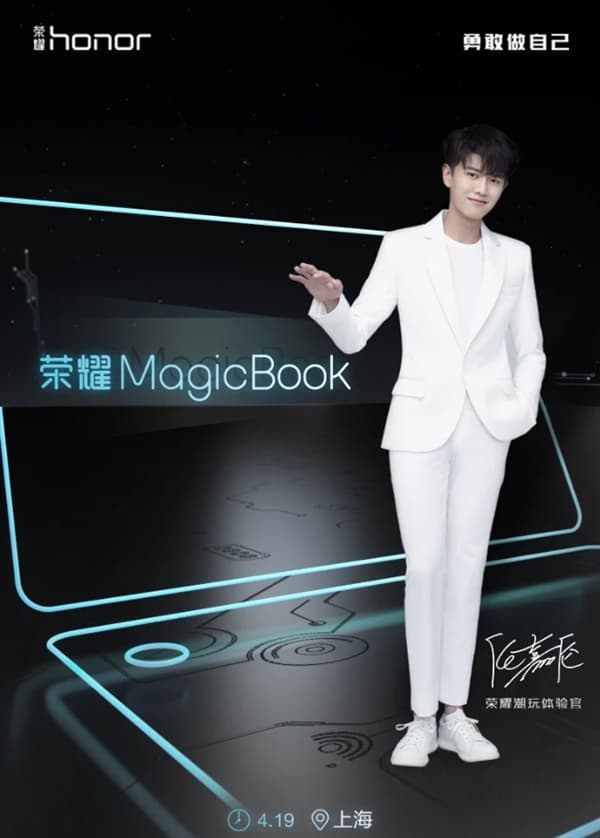