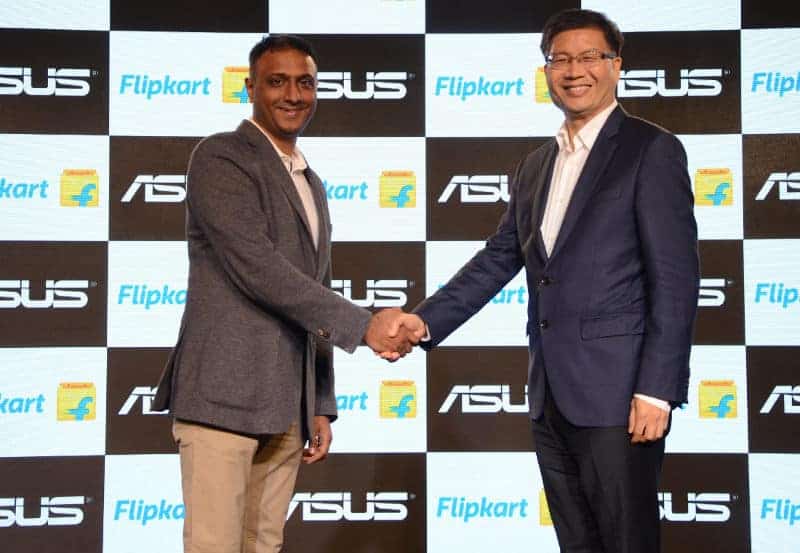 Flipkart was teasing its ‘BigOnFlipkart’ event on its platforms since a couple of days which was held earlier today in India. The big brand Flipkart was talking about partnering with is ASUS where both the companies will work closely under a strategic partnership to not only retail ASUS Zenfone smartphones, but also mutually create marketing strategies and develop new India-focused devices. Under this long-term partnership, ASUS will have Flipkart as its preferred sales partner for all its Zenfone devices launching in India. With the use of insights and consumer patterns from Flipkart platforms, both the companies have agreed to design smartphones that can better cater to the India customers. In addition to that, the agreement also enables both the companies to deeply focus on the marketing practices of the ASUS Zenfone series in India.

Aside from this partnership, ASUS also announced the launch of the Zenfone Max Pro in the country on April 23 that will be available exclusively on Flipkart. Not much was said about the phone at the event apart from its processor, which will be the Snapdragon 636, making it the second device to boast this SoC after the Redmi Note 5 Pro. ASUS’ Max series is better known for sporting beefier batteries and this upcoming smartphone should also inherit the feature. The last Max smartphone announced was the ASUS Zenfone Max (M1) introduced at the MWC event last February. It includes a 4,000mAh battery and features an 18:9 display while being powered by a Snapdragon 430 chipset. The company may launch a rebranded version of this smartphone at the April 23 event with the new processor or the Zenfone Max Pro could be an all-new device.

The company also confirmed the Zenfone 5 series to launch in India soon without revealing any firm date, which should also most certainly be Flipkart exclusive considering the newly established partnership. The larger online retailer in India claimed to have captured a quarter of total smartphone sales in the country across retail channels in 2017. Flipkart also announced its plan to take this number up to 40 percent by 2020 with its ’40 by 20’ mission.