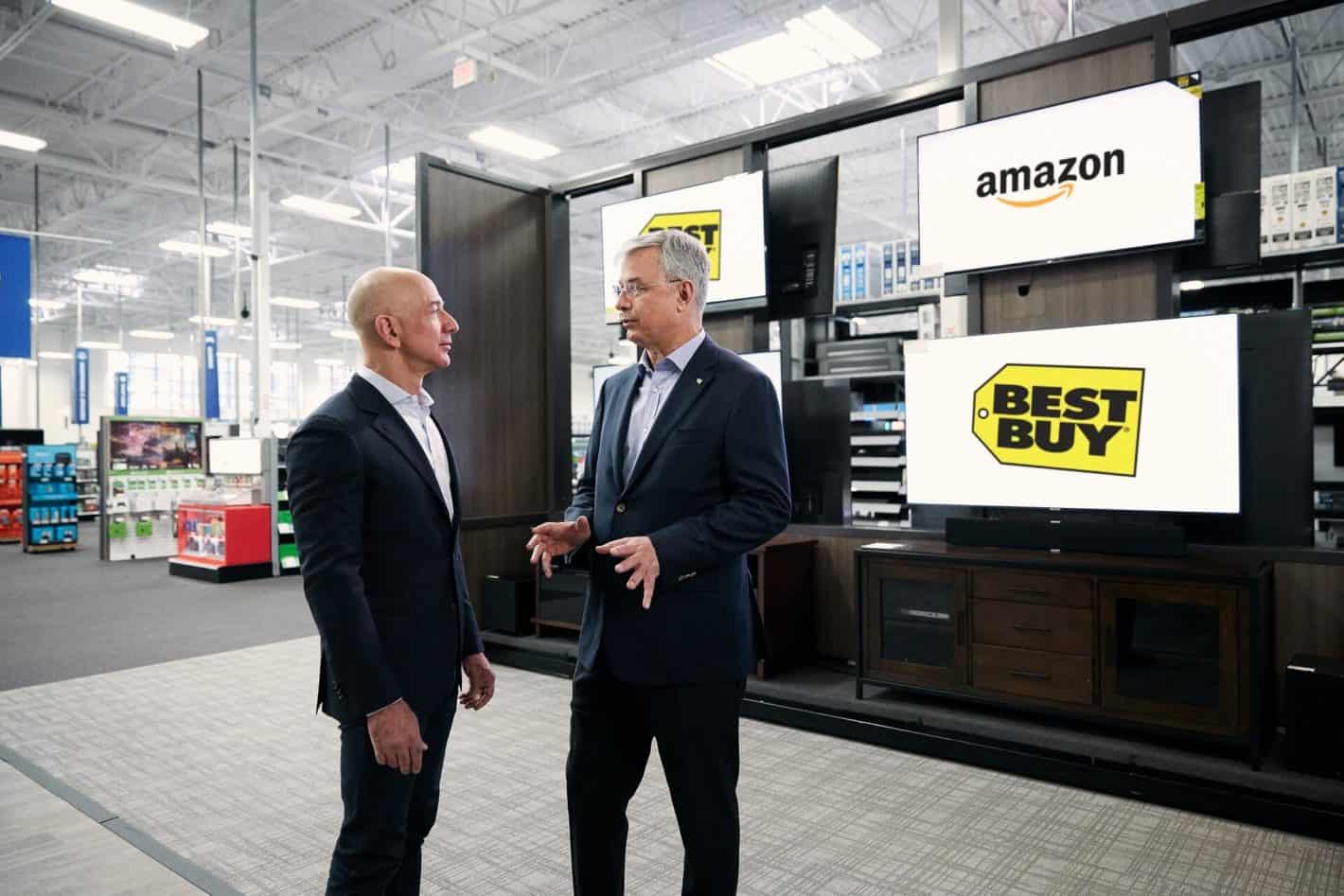 Although Amazon and Best Buy are likely to be perceived as rivals the two companies have now announced a new partnership. Specifically, the two retailers have announced an agreement which will see a number of TV sets powered by Amazon’s Fire TV software becoming available in Best Buy stores in the US in the coming months, and in Canada before the end of the year.

The first fruits of this partnership are set to arrive “this summer” with the release of a new TV set from Toshiba. The announcement also explains more models will follow with an expectation that at least ten HD and 4K TV sets branded as ‘Fire TV Edition’ models from Insignia and Toshiba will have arrived in Best Buy stores before the end of the year. With these being Fire TV Edition models, the big selling point will therefore be the integration of Alexa along with the Fire TV OS in general. The press release highlights this point further by noting how these TV sets will “uniquely” see Alexa able to search for and comply with commands whether they are for the built-in streaming services or over-the-air (OTA) TV. This will be in addition to all the other ‘smarts’ associated with Alexa, including the ability to control other smart products in the home. With the announcement also pointing out Alexa is already capable of making use of “tens of thousands” of skills and features.

From Amazon’s perspective, this will give the online retailer an extra avenue to explore when it comes to offering customers the ability to experience its Fire TV software prior to a purchase, as these TV sets will be on show in stores and available for demonstration by Best Buy staff. From Best Buy’s perspective, the partnership seems to include an exclusivity on these products as they will only be available through Best Buy stores or the company’s online storefront. While they will also be available directly from Amazon the announcement explains these models will also be available on Amazon through Best Buy – marking the first time Best Buy will be listed as a third-party seller on Amazon, according to the announcement. Another benefit for Best Buy will be the opportunity to further increase sales of its own in-house branded items as Insignia devices are produced by Best Buy.