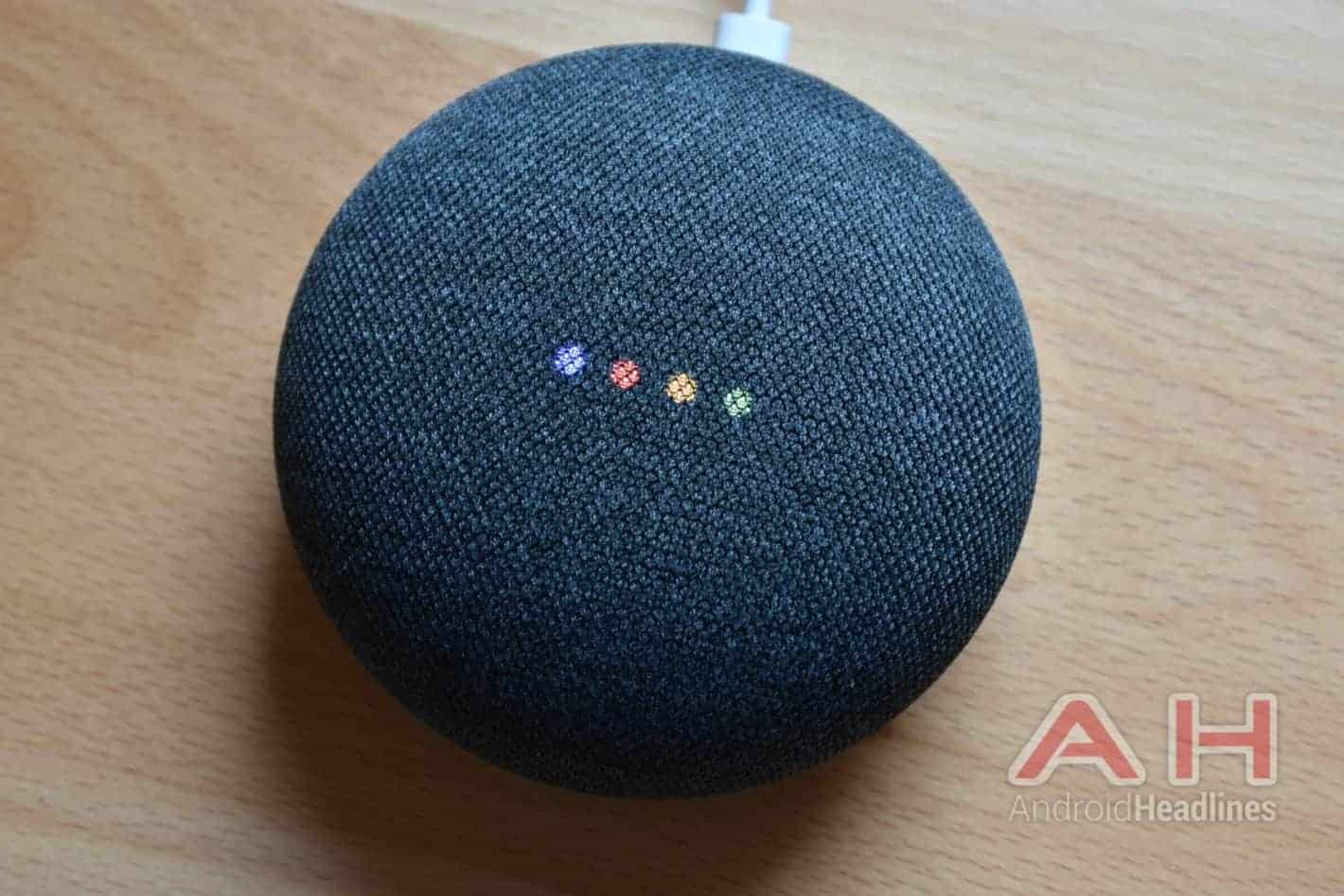 20-percent of US Wi-Fi-connected homes have smart speakers according to a recent report from comScore from April 13. While that sounds like a lot of smart speakers, the report doesn’t just highlight that smart speakers like Google’s lineup of options such as the Google Home and Google Home Mini, and Amazon’s series of Echo devices are inside of a fair number of homes, but the report also lists that the 20-percent of house holds which have speakers are actively using them, so there’s a possibility that there are more speakers that aren’t being used that would increase that percentage. Also worth pointing out is that these numbers are based on data that was collected from February of 2018, so the number of active-use speakers in US homes with Wi-Fi could be higher or lower since it has been at least another month.

More than just the fact that  20-percent of US households with Wi-Fi connections in the home have a active smart speaker, the data shows that the number of homes that have adopted one of these devices has steadily increased since June of 2017, where the number of homes with an active, in-use speaker was recorded at 8-percent, moving up to 10-percent in July of 2017 and then little by little every month thereafter, even seeing a big surge between November and December of last year which was right around the tail-end of holiday shopping and leading into Christmas, which could explain the huge uptick from 12-percent to 17-percent in just a month’s time.

Of course, the increases weren’t hurt by the drop in prices for speakers like the Echo Dot and Google Home Mini, either, which both had their prices lowered to $29 around the same time of year, and have routinely stayed at this price through now. Another interesting point is that age-wise, it seems consumers between the ages of 35 and 44 were marked as the age group with the highest smart speaker penetration, reaching 122 households back in October of 2017 when the Google Home Mini was launched, and dropping a bit to 114 for back in February of this year. This goes to show that more and more people are adopting the idea of having a smart speaker in the home to help with everything from answering questions to completing tasks, and that those who are middle-aged are more likely to pick up a device that fits in the smart speaker category. Some households are even adopting more than one smart speaker as it was reported that as of February of 2018, 30-percent of Wi-Fi households with smart speakers now have more than one. Numbers don’t lie, and the numbers seem to be pointing out the fact that smart speakers are becoming increasingly popular over time. 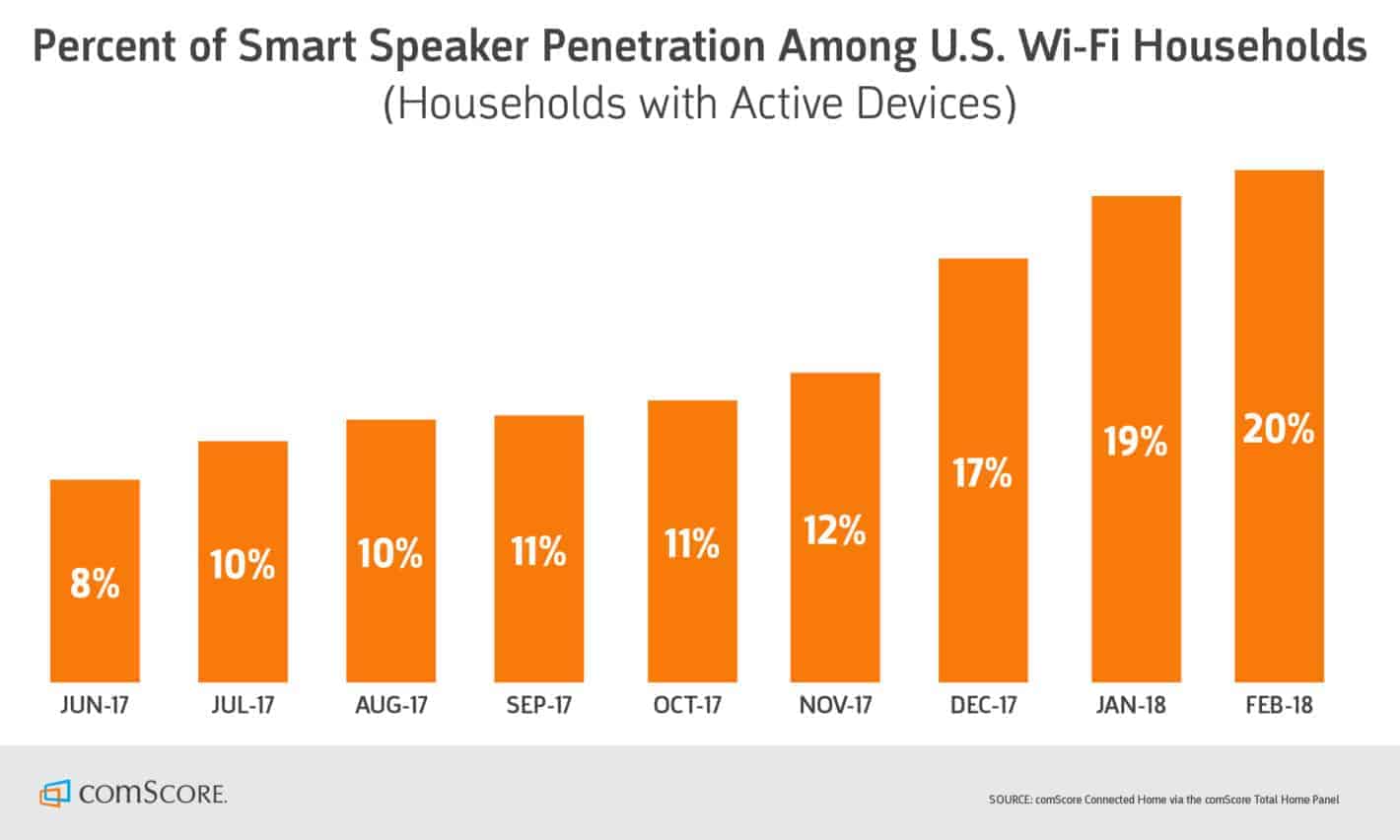 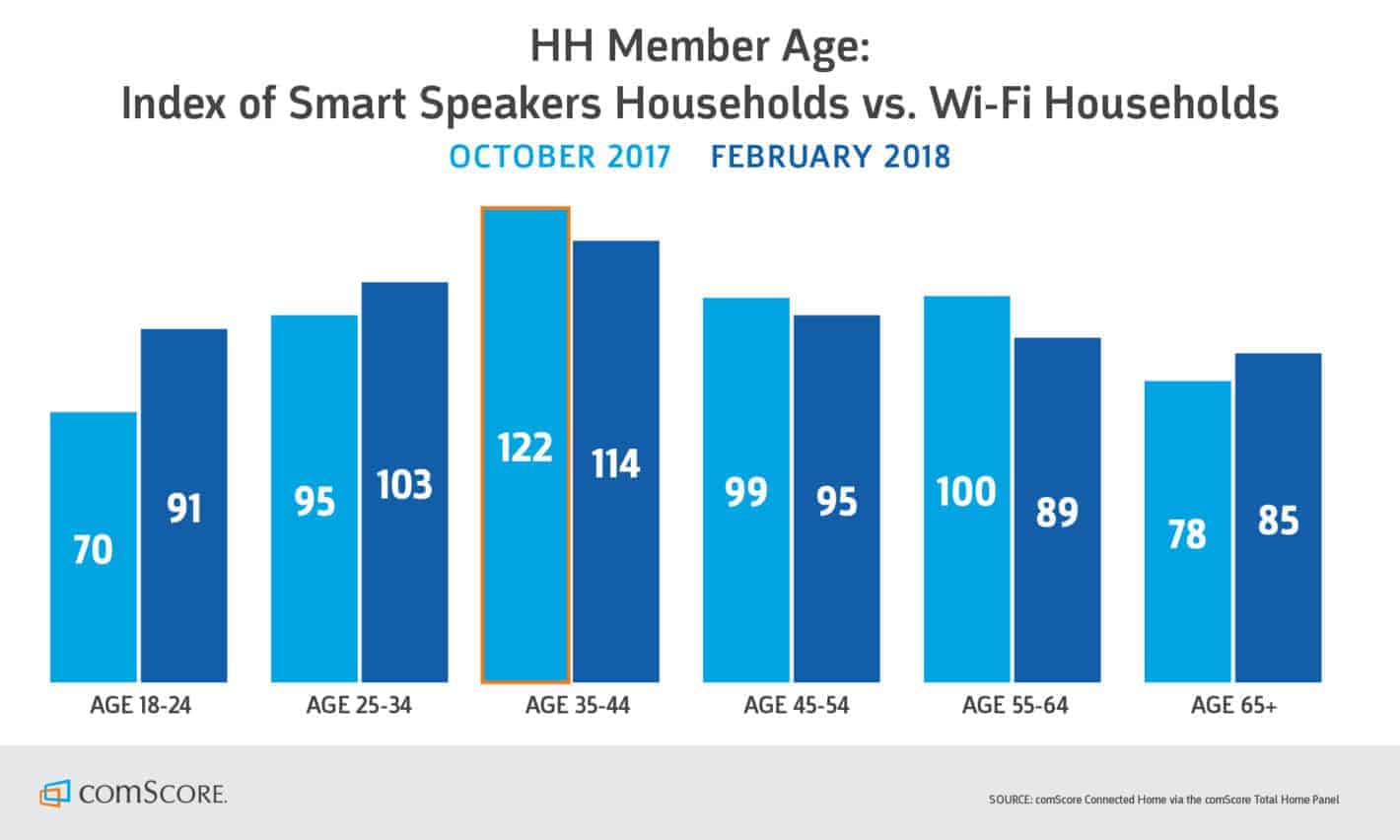 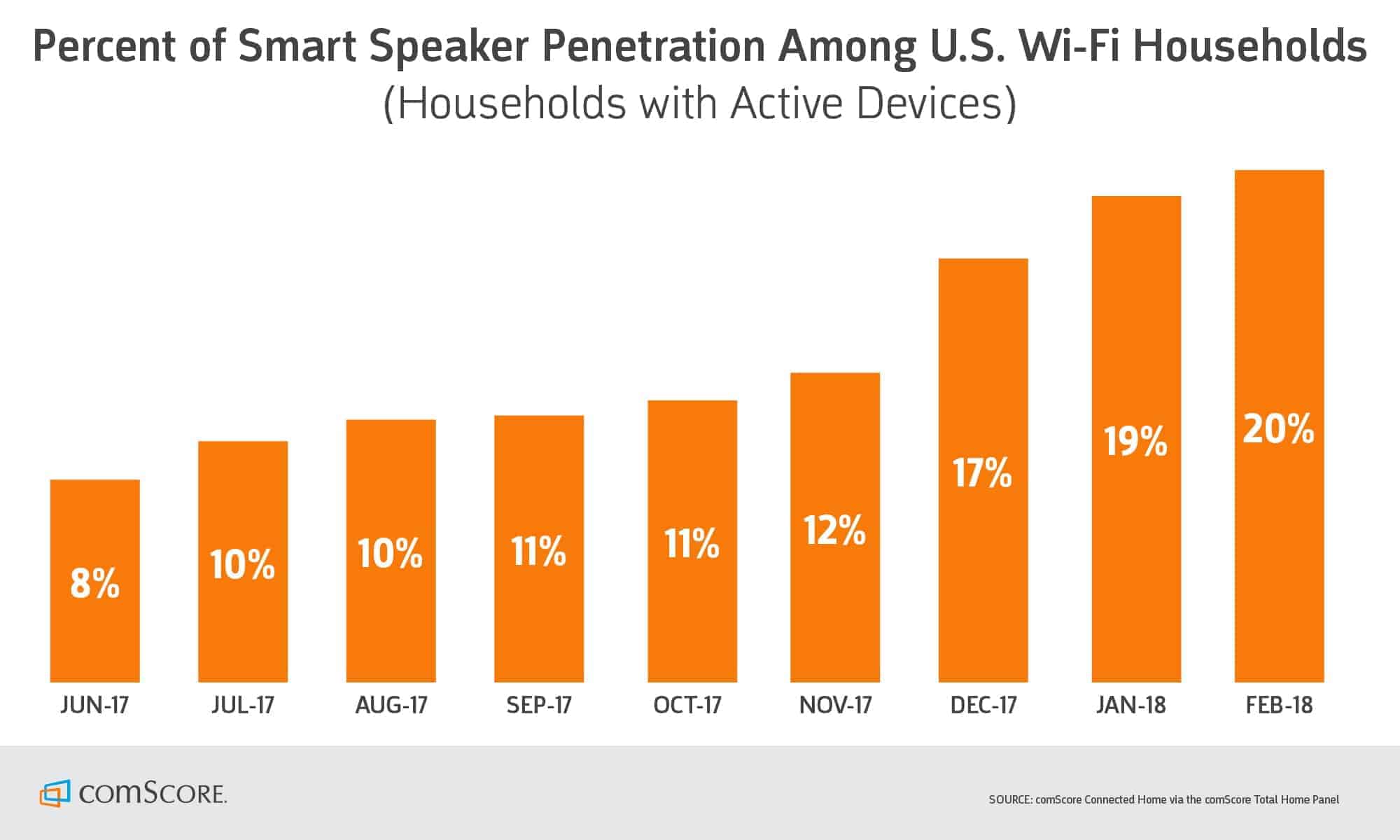 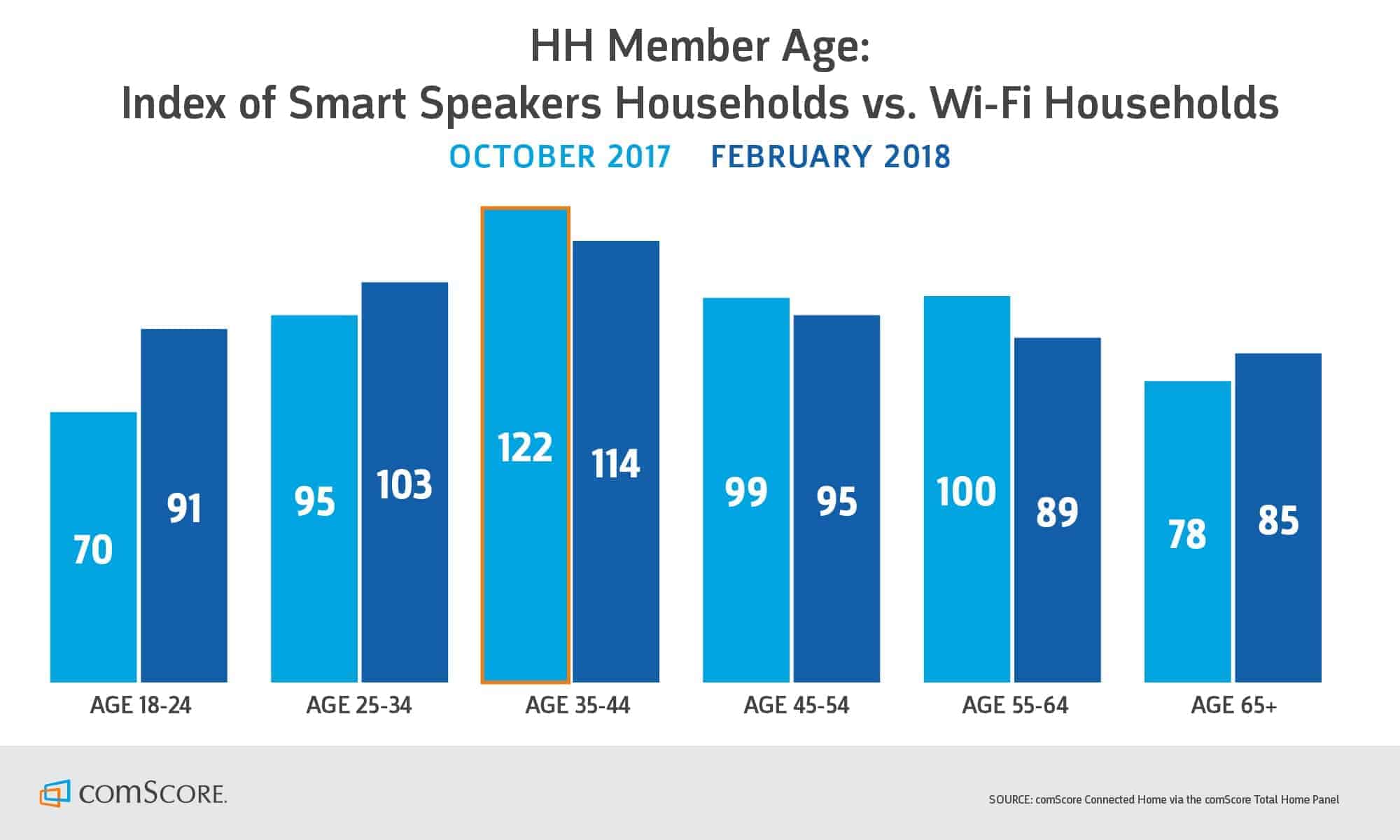