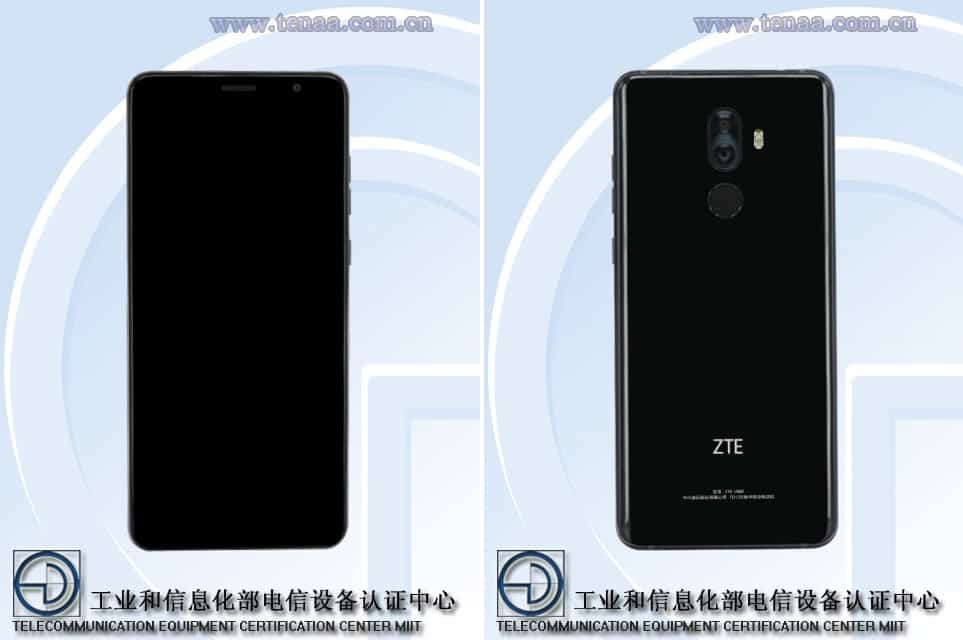 An unannounced smartphone that’s being developed by ZTE and carries the model number ‘V890’ was recently approved by China’s equivalent of the FCC – TENAA, and as usual the application found in the regulatory agency’s database contains bits of information regarding the device’s specifications as well as a handful of photos depicting the exterior design. According to the documents, the smartphone runs Android 8.0 Oreo out of the box and features an elongated display with an 18:9 aspect ratio, but unlike ZTE’s previous 18:9 models including the Blade V9 series, the ZTE V890 has a vertically aligned dual camera setup positioned in center of the back panel.

The ZTE V890 features a 6-inch TFT display with a resolution of 2160 x 1080 and is powered by an unspecified octa-core processor clocked at 1.8GHz. The device appears to be planned for release in multiple memory configurations including a 3GB variant as well as 4GB and 6GB models. Storage capacity also appears to be divided across three options including 32GB, 64GB, and 128GB, and the smartphone seems to take advantage of a microSD card slot which can read up to 256GB of external memory. According to the TENAA application, the camera configuration is comprised of an 8-megapixel front-facing camera residing next to the loudspeaker, as well as a 16-megapixel rear-facing shooter coupled with an auxiliary 2-megapixel sensor and an LED flash. Finally, the smartphone is powered by a 3,900mAh battery, it measures 163 x 75 x 7.8mm, and all the components are wrapped in a glass-sandwich form factor weighing a total of 168 grams.

As far as the exterior goes, TENAA lists only the color black so it remains to be seen if the device will launch in other flavors, but either way the ZTE V890 carries a rear-mounted fingerprint scanner, three physical buttons on the right edge, and possibly, judging by the live photos shared by the regulatory agency, a standard 3.5mm headphone jack on the upper edge. Pricing and availability details remain unknown at the time of this writing, but presumably, the ZTE V890 won’t hit the market ahead of the company’s other 18:9 smartphone models introduced earlier this year, which are generally expected to hit the shelves before the end of the first quarter.