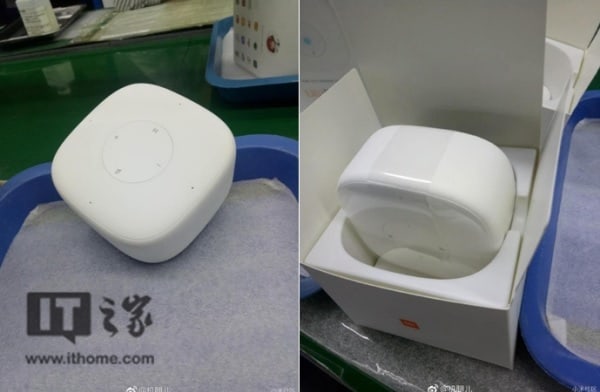 Xiaomi is apparently planning to release a Mini Edition version of the Mi AI Speaker launched in mid-2017, with the smaller upcoming model having seemingly been photographed in one of the OEM’s facilities. The source behind these images claims that the smart speaker will be officially introduced on March 27 along with the Xiaomi Mi MIX 2S flagship phone, and will carry a launch price of 199 Yuan ($31), making it around $15 cheaper than the full-fledged model which was released for the price of 299 Yuan ($45)

Judging by these leaked images, the upcoming Xiaomi Mi AI Speaker Mini Edition will unsurprisingly feature a smaller form factor that departs from the original model’s tower-like design. The new model still has a few controls for music playback and volume at the top, and while there’s no way to confirm this at this time, the top cover also appears to accommodate four microphones, if not four LED lights. No other hardware details were revealed by the source so it remains to be seen whether the smaller speaker will retain all the smart capabilities of the original model while being wrapped in a more compact body with less powerful sound, presumably backed by a single audio driver. The speaker launched by Xiaomi last year features six microphones and two audio drivers, all the while boasting 360-degree audio sensing technology, allowing users to issue voice commands from any location within the range of the sensors. The ongoing model is also able to access a wide variety of books from Xiaomi’s digital content library, and can also be used to play radio and stream music.

As for availability, the full-sized Xiaomi Mi AI Speaker launched in July of last year but sources indicate that the new model won’t be unveiled a year later but a few months earlier than that. The device will reportedly hit the stage during the same launch event on March 27 when the Xiaomi Mi MIX 2S will be introduced, and if this will be the case then it remains to be seen whether the Chinese OEM has any plans to bundle the two products together in a more affordable package. Either way, the smart speaker will likely remain exclusive to the Chinese market as its smart features and language detection capabilities will virtually be region locked. 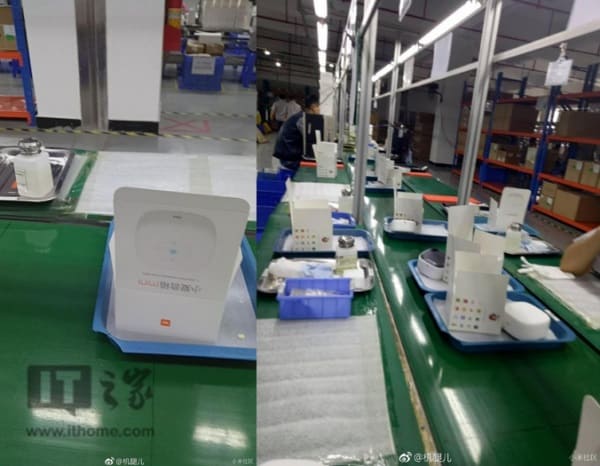