According to a recent report passed along by Chinese media, Xiaomi CEO Lei Jun teased the arrival of a new wristband during the Lantern Festival in China, where he revealed that a new version of the Xiaomi Mi Band should be launched before the end of 2018. Presumably, the next wearable will be named the Xiaomi Mi Band 3 given that a device bearing this same name tag received Bluetooth certification last month, and also considering the fact that the wearable has been expected to launch for over a year now.

According to the aforementioned certificate published on February 22, the Xiaomi Mi Band 3 is described as a “mobile phone accessory” which should support Bluetooth 4.2 LE (Low Energy) connectivity. No other details are known about the wearable, though sources from China suggest that the wrist device will be equipped with an OLED display and will offer the usual range of features focused on an active lifestyle, including a heart rate monitor and the necessary sensors for counting calories, steps, distance traveled, and similar metrics.

The Xiaomi Mi Band 3 was originally expected to arrive last year, though this was never officially confirmed. The previous generation model – the Mi Band 2 – was launched in 2016 and received positive feedback from both consumers and critics, which is one of the reasons why a sequel was initially expected to arrive one year later. Evidently, this hasn’t come to pass and in the meantime, the Xiaomi Mi Band 2 earned the Red Dot Design 2017 award before the company unveiled an updated version of the wearable which was launched in India as the HRX Edition for a discounted price of Rs. 1,299 ($20). This particular model lacked a heart rate sensor but it provided other features in exchange, such as a more solid, splash-resistant body, improved tracking algorithms, and longer battery life compared to its predecessor. Having said that and assuming that Xiaomi will view the Mi Band 3 as a follow-up to the HRX Edition, the upcoming wearable could also boast an IP67 rating for dust and splash resistance, while also featuring a heart rate monitor and better software. 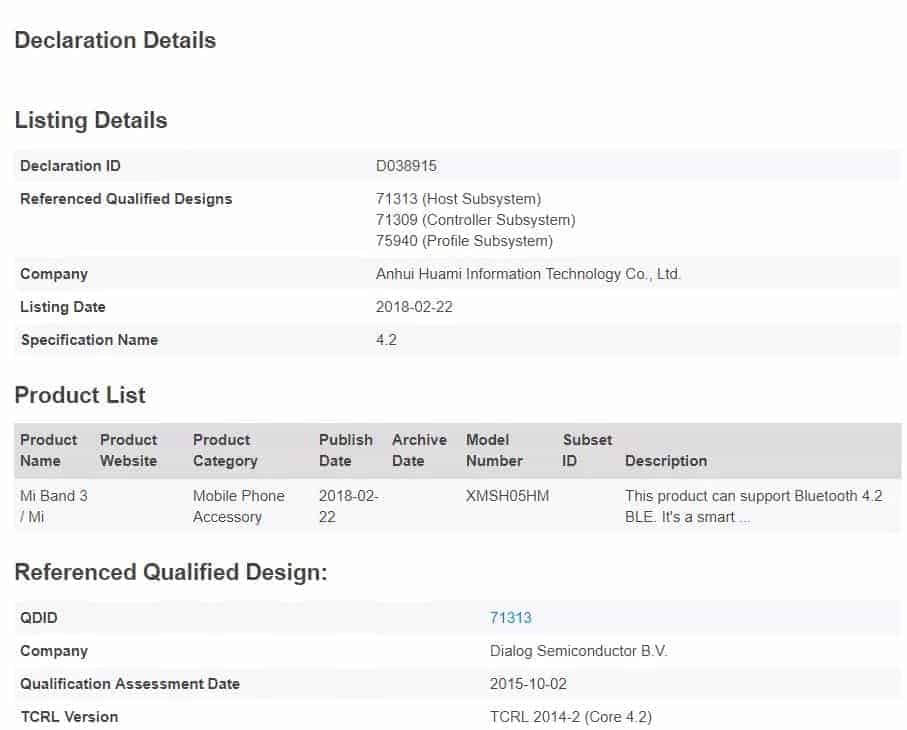 Advertisement
Trusted By Millions
Independent, Expert Android News You Can Trust, Since 2010
Publishing More Android Than Anyone Else
42
Today
134
This Week
436
This Month
1114
This Year
111232
All Time
Advertisement