Xiaomi’s upcoming gaming smartphone, which carries the ‘blackshark’ codename, has just surfaced on Geekbench. Now, this is not the first time we’re hearing about this phone, the ‘blackshark’ or ‘Black Shark’ name appeared back in February, when a report claimed that one of Xiaomi’s subsidiaries is working on a gaming smartphone. Later that month, the Xiaomi Black Shark surfaced on AnTuTu, and shared some of its specs. Well, now we have a new benchmark listing which shares info about the device, and more or less confirms it’s on the way.

Now, according to the newly-surfaced Geekbench listing, the Xiaomi Black Shark will be fueled by the Snapdragon 845 64-bit octa-core processor, which is Qualcomm’s most powerful processor at the moment, and it will also include 8GB of RAM. Android 8.0 Oreo will come pre-installed on the device, and all of this info was already mentioned by AnTuTu last month. Now, Geekbench reports that the phone managed to score 2,452 points in the single-core, and 8,452 points in the multi-core test, which is quite impressive. As far as the phone’s design is concerned, we do not have all that much info at the moment, as only one image leaked thus far, and it looks kind of fishy. The leaked image combines black and green colors, and it showed off dual, bottom-firing speakers, and a Type-C USB port which sits in-between them. That was pretty much it, as the phone’s front or back sides were not revealed by leaks, or anything of the sort.

The Xiaomi Black Shark, or whatever Xiaomi ends up naming the device, is expected to arrive later this year, though we still do not know when exactly. This phone is expected to compete with the Razer Phone, and Nubia’s upcoming gaming smartphone, though chances are it will be more affordable than the Razer Phone. Considering this is one of Xiaomi’s smartphones, chances are that MIUI, the company’s proprietary skin, will ship on top of Android. More Xiaomi Black Shark images are expected to surface in the near future, and along with that, more info about the device itself, presuming that all of these listings are accurate, and Xiaomi is actually working on making this device a reality. 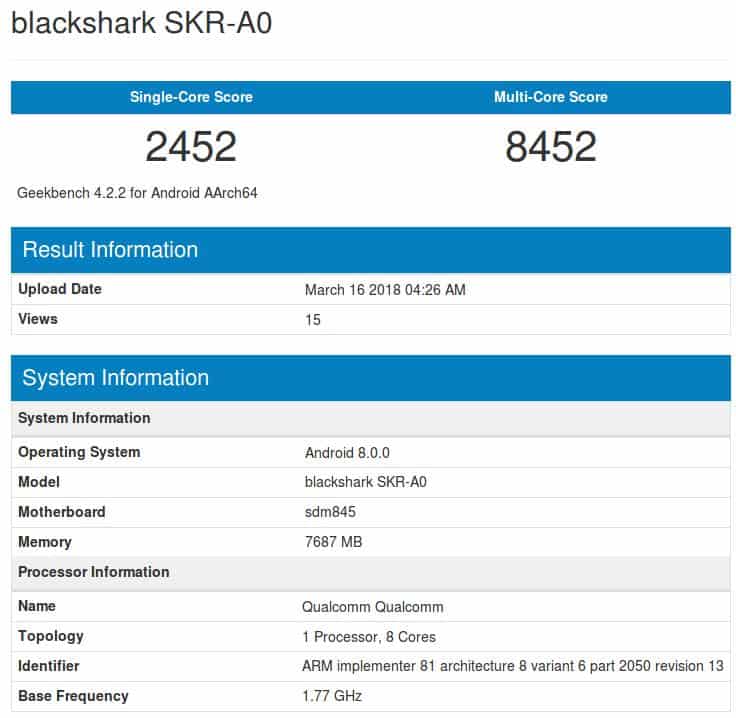