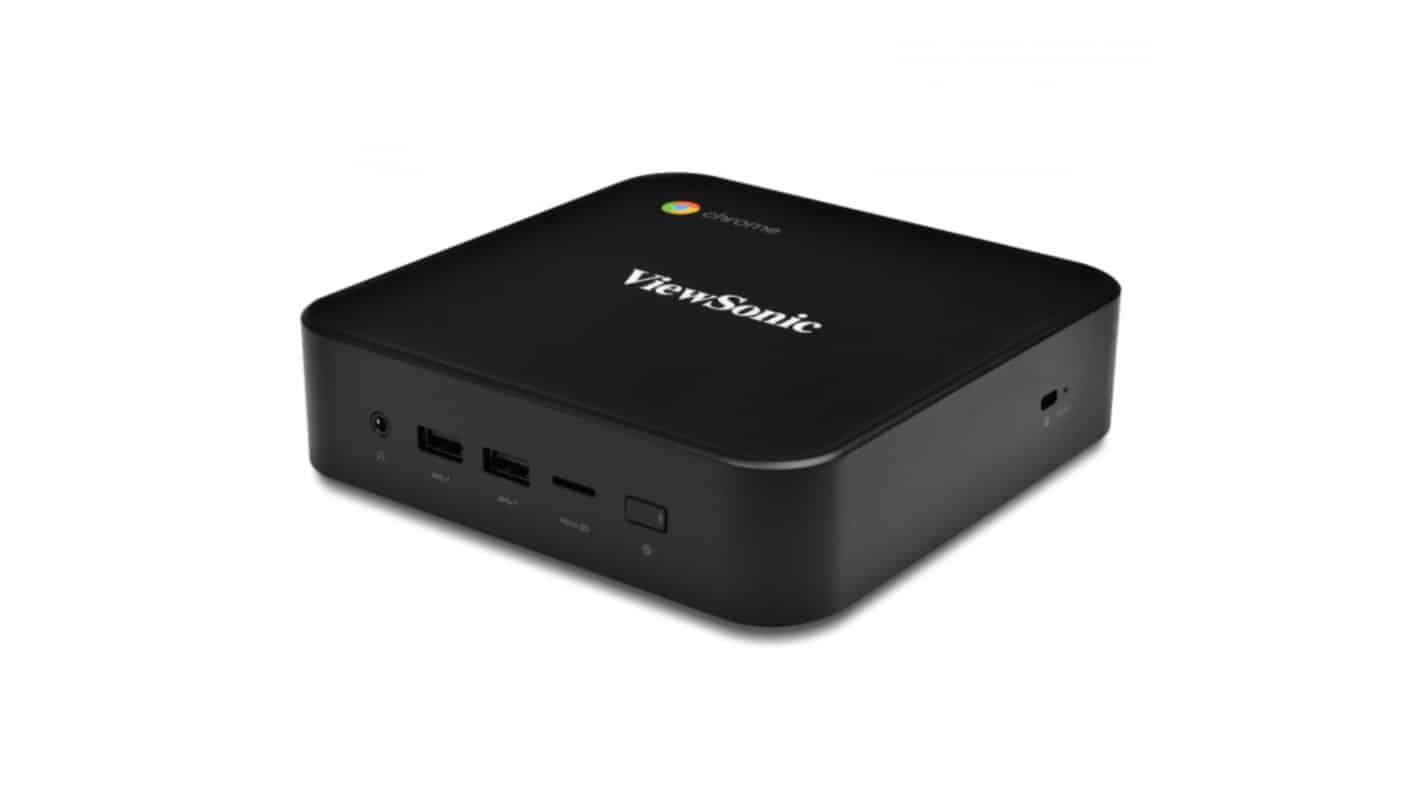 ViewSonic has launched the NMP660 Chromebox for education customers. While non-education customers should be able to get a hold of this new Chrome OS product the included features out of the box make it ideal for education and classrooms and this is likely ViewSonic's thinking. The NMP660 boasts an easy setup so it shouldn't take long to get up and running in the classroom, and it even comes with integrated security features and the Google Management console. ViewSonic also isn't the only company to look to schools in regards to a new product of this category as Acer announced in January that it was releasing a new Chromebox for the same market.

The ViewSonic NMP660 will launching at a retail price of $349 and is due to hit the market sometime in April of 2018, though it's not mentioned exactly when in April the device will be officially released, so it could be just a couple of weeks or it could be closer to a month and a half. In either case the launch is just around the corner. Being a new device the NMP660 comes with some newer specs, such as an Intel Kaby Lake CPU, 4GB of RAM and 32GB of internal storage, and support for 4K content.

The box will come with two USB 3.0 ports, one microSD card slot for external storage support, and a headphone port for plugging in a pair of speakers or headphones directly into the box. Those are also just the ports on the front, as there are three more USB ports on the back, an ethernet port, a full-size HDMI port, and a USB Type-C port. The box will also support Google Play, which means students and teachers will have access to a wealth of applications that can help with learning. The box will only come in one color, black, and though it wasn't mentioned where it would be sold in terms of retailers, it's likely that it will be available from ViewSonic themselves, which might be the only place to buy one if it ends up being geared towards the education sector only.