Skip to content
Advertisement
Trusted By Millions
Independent, Expert Android News You Can Trust, Since 2010
Publishing More Android Than Anyone Else
29
Today
157
This Week
798
This Month
6731
This Year
124252
All Time
Advertisement 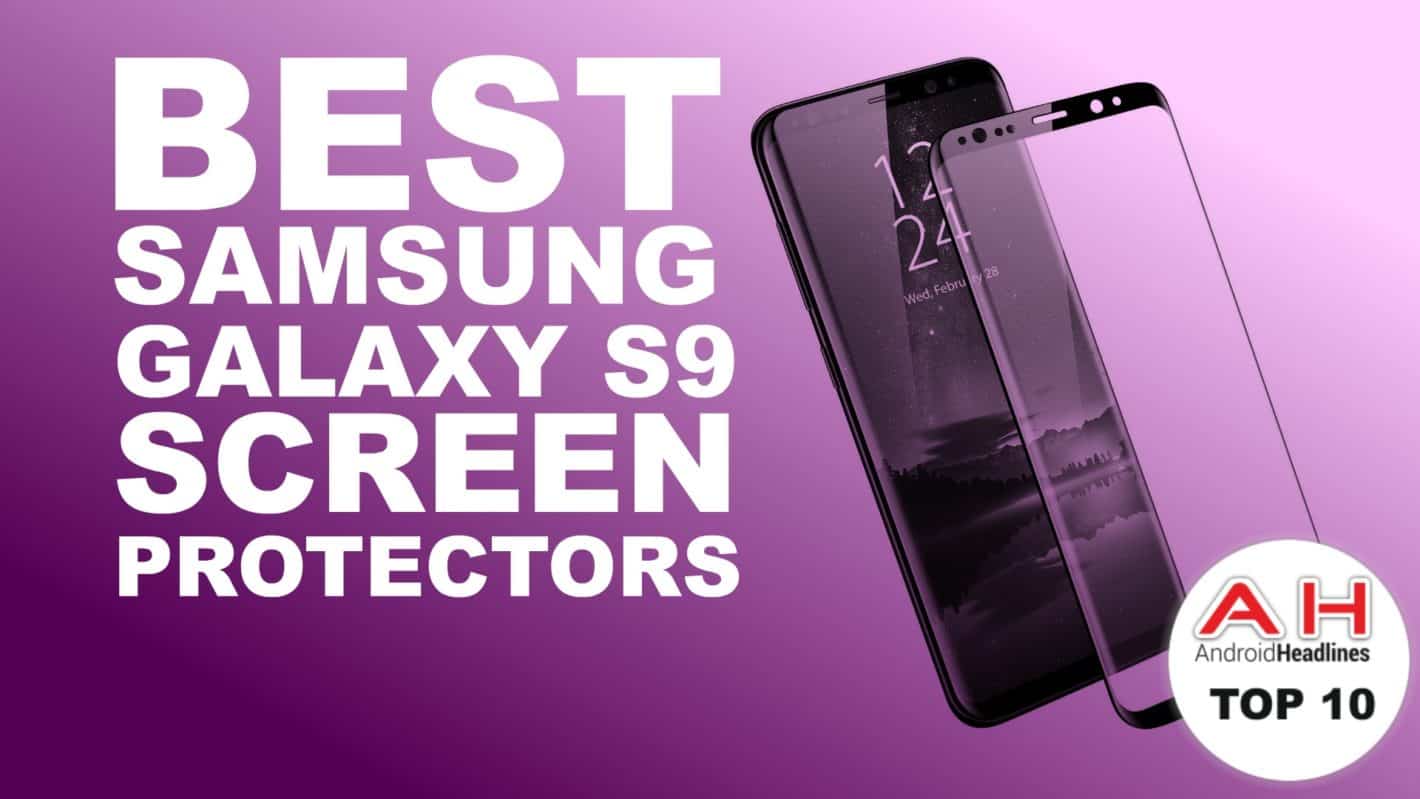 The Samsung Galaxy S9 has a pretty stunning 5.8-inch Quad HD+ AMOLED display, and in fact, it’s the best display on a smartphone right now. But you’re going to want to protect that display. Since it does have pretty small bezels, and Samsung has basically gotten rid of the side bezels by using a curved display, it’s going to be very fragile. Not only will it shatter easily, but it’ll also scratch really easily. Despite using Gorilla Glass 5, it is already scratching pretty easily, and we’ve only had our review unit for a week so far. So it’s a good idea to grab a screen protector for your Galaxy S9. We’ve rounded up the top ten best screen protectors for the Galaxy S9, all of which are below.

When it comes to screen protectors, there are essentially only two different models that matter. There’s the “plastic ones made from Japanese PET film and then Tempered Glass screen protectors. The plastic ones are cheaper, as expected, but they can degrade the quality of the display and also scratch easier. The advantage to the tempered glass models is that they look better, don’t scratch as easily, but also feel like glass on your Galaxy S9, instead of plastic. That may not sound like a big deal, but your finger will definitely notice the difference when browsing through your smartphone. The glass model will not feel as great to your finger, and it does pick up fingerprints as much as the back of your Galaxy S9 does, if not a bit more. 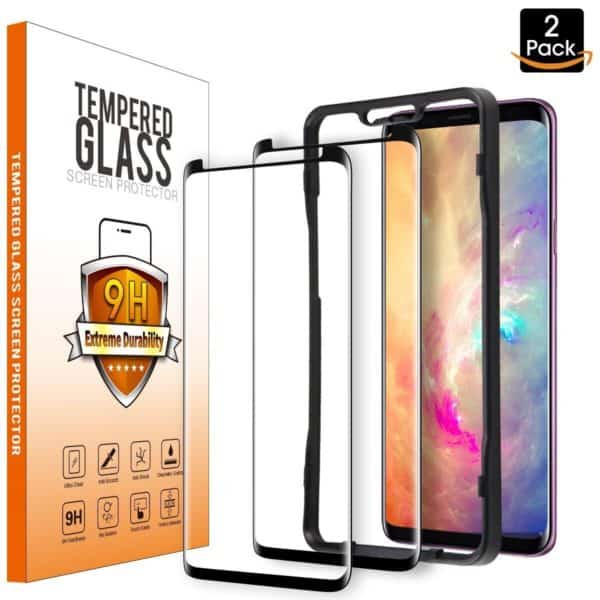 Pulais has a tempered glass screen protector here that is actually pretty easy to install, and that’s a good thing. Especially since these can sometimes be very tricky to install. This one is a tempered glass model, so it’s going to look great on the Galaxy S9, and not degrade the quality of the display. 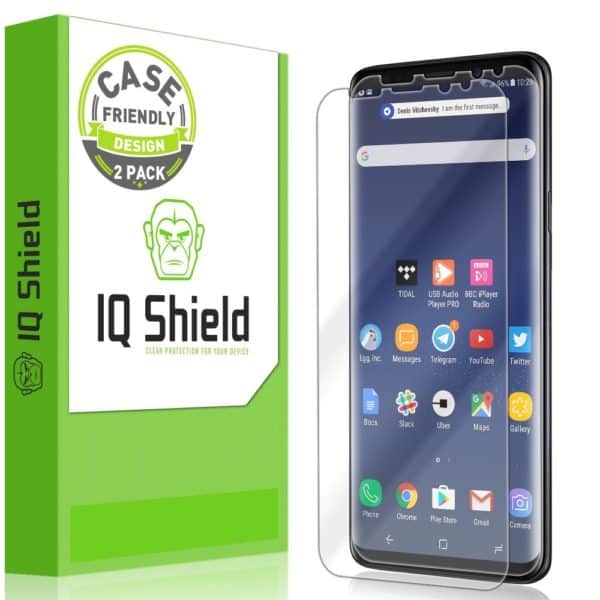 This one from IQ Shield is another great one to grab. It’s not a tempered glass screen protector, but that means it is thinner and case-friendly. Which is definitely important for most people. It does also cover the entire front of the Galaxy S9, including the rather minimal bezels that are there. 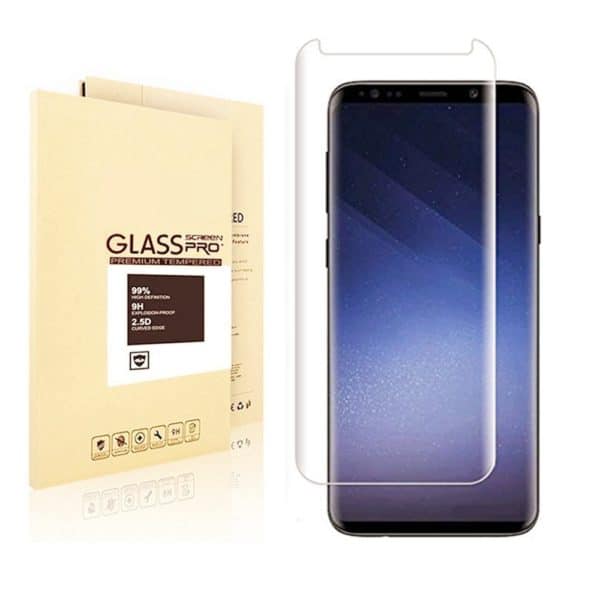 Fanouc has also jumped on the tempered glass screen protector train for the Galaxy S9. It offers up a model that is anti-scratch and anti-fingerprint. This is great because screen protectors do pick up fingerprints very easily. It’s also bubble-free, as the last thing you’ll want on your brand new smartphone is a bubble on the display. 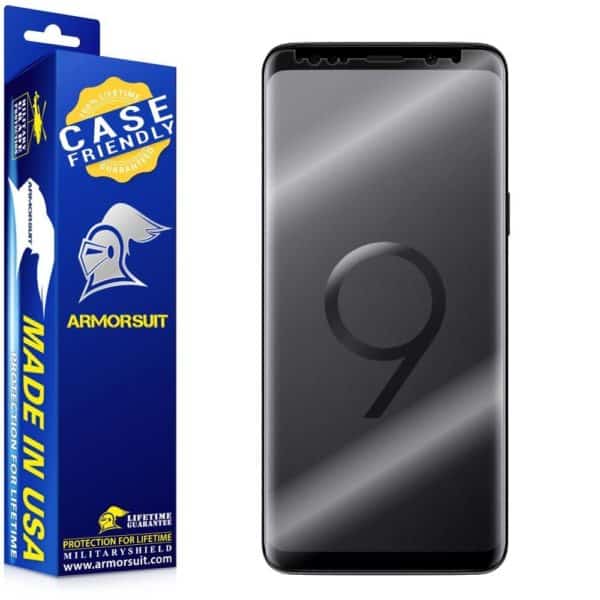 ArmorSuit is another name that is typically on these lists of screen protectors, and it’s back again with the MilitaryShield screen protector. This one offers up free lifetime replacements. So should it get damaged, ArmorSuit will send you a new one free of charge, which is pretty impressive to say the least. 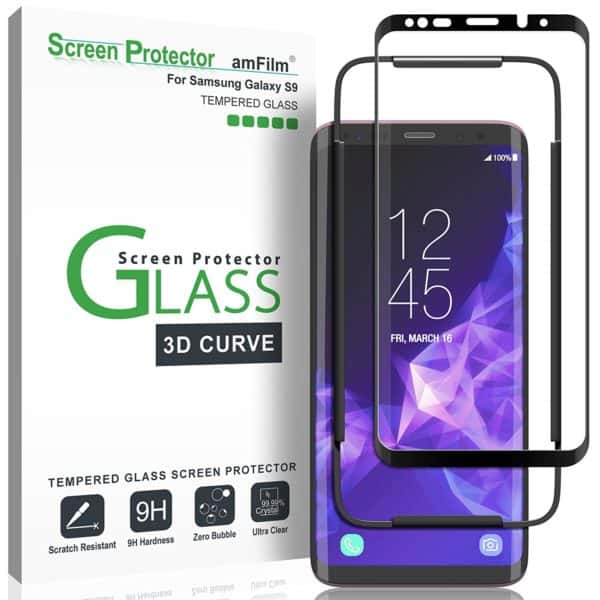 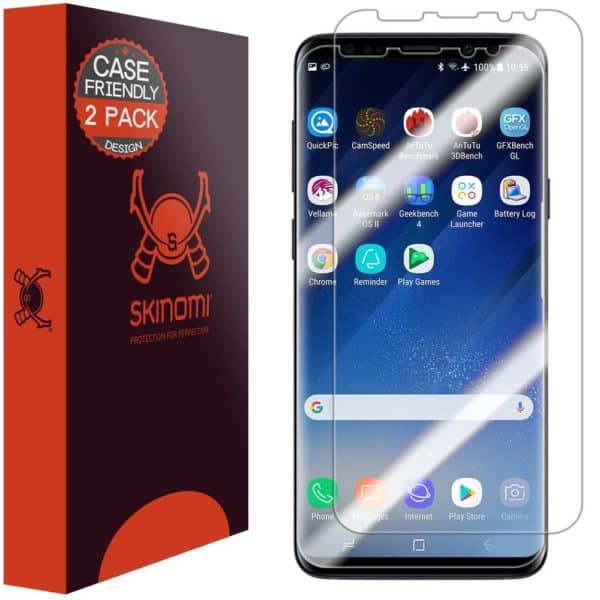 This is another full coverage screen protector for the Samsung Galaxy S9, in the Skinomi TechSkin. This is another one that appears on a lot of our screen protectors lists, and that’s because it’s a really good one to pick up. This one does cover the entire front of the device, including the bezels, which is definitely a good thing. 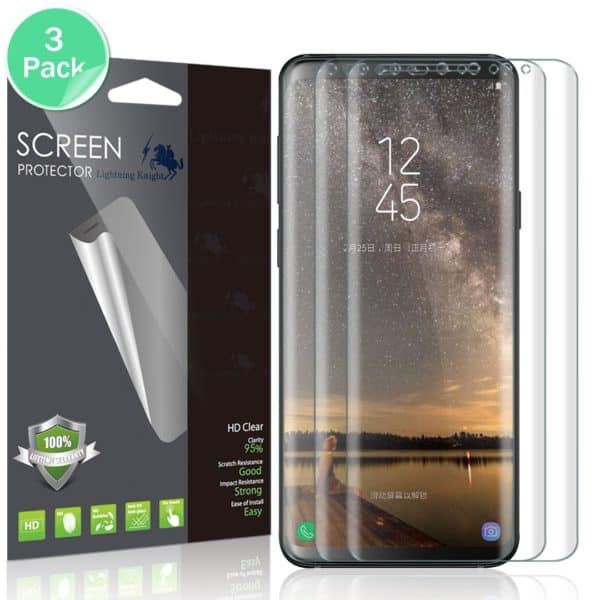 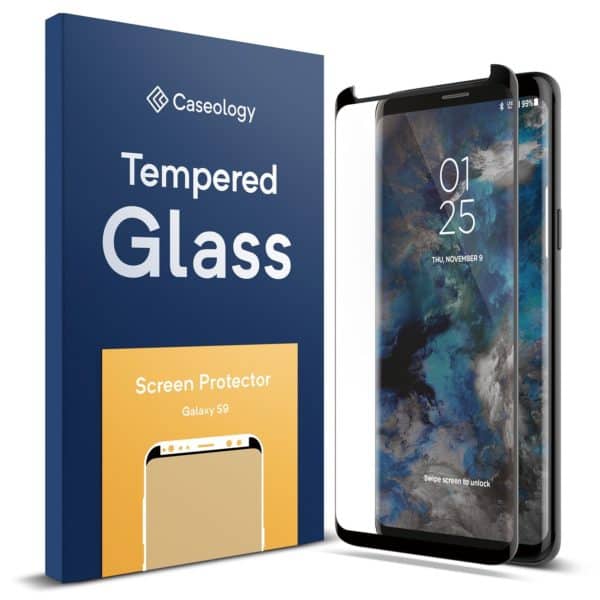 Caseology, a company who already makes some incredible cases, now has a tempered glass screen protector available for the Galaxy S9 as well. This is a great choice, as it will also work with their cases on the Galaxy S9. So you can have all-around protection for your new smartphone. 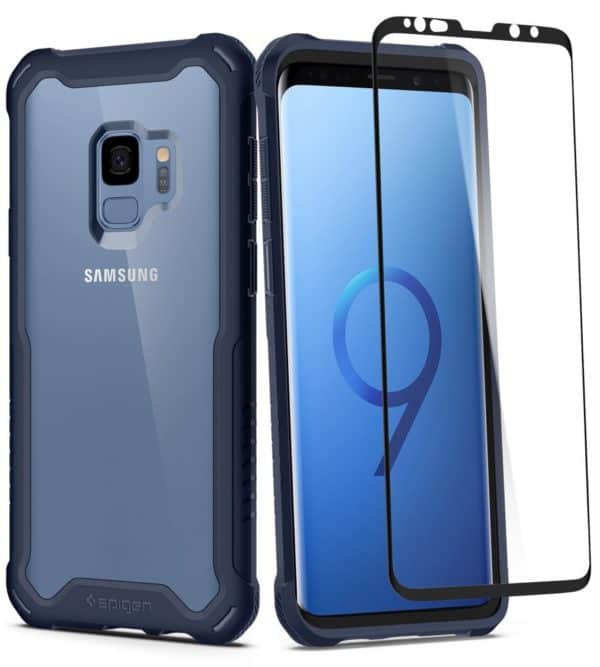 This is a pretty special one. It’s not just a screen protector, but also a case for your Galaxy S9. This is going to protect the entire Galaxy S9, front and back as well as the sides. So it’s a great option, especially since you are getting a case along with a tempered glass screen protector at a pretty good price. 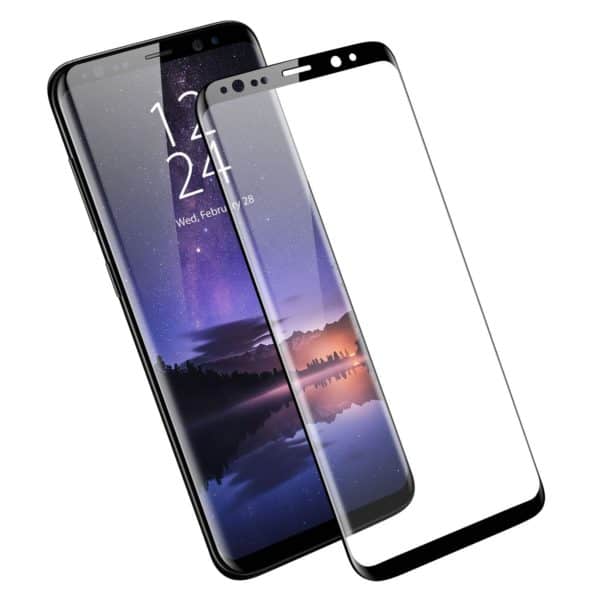 Olixar has also made a tempered glass screen protector here for the Galaxy S9. This one does also protect the entire front of the device, including the bezels. Which makes it a great option for those that want to make sure that beautiful Galaxy S9 display is protected.