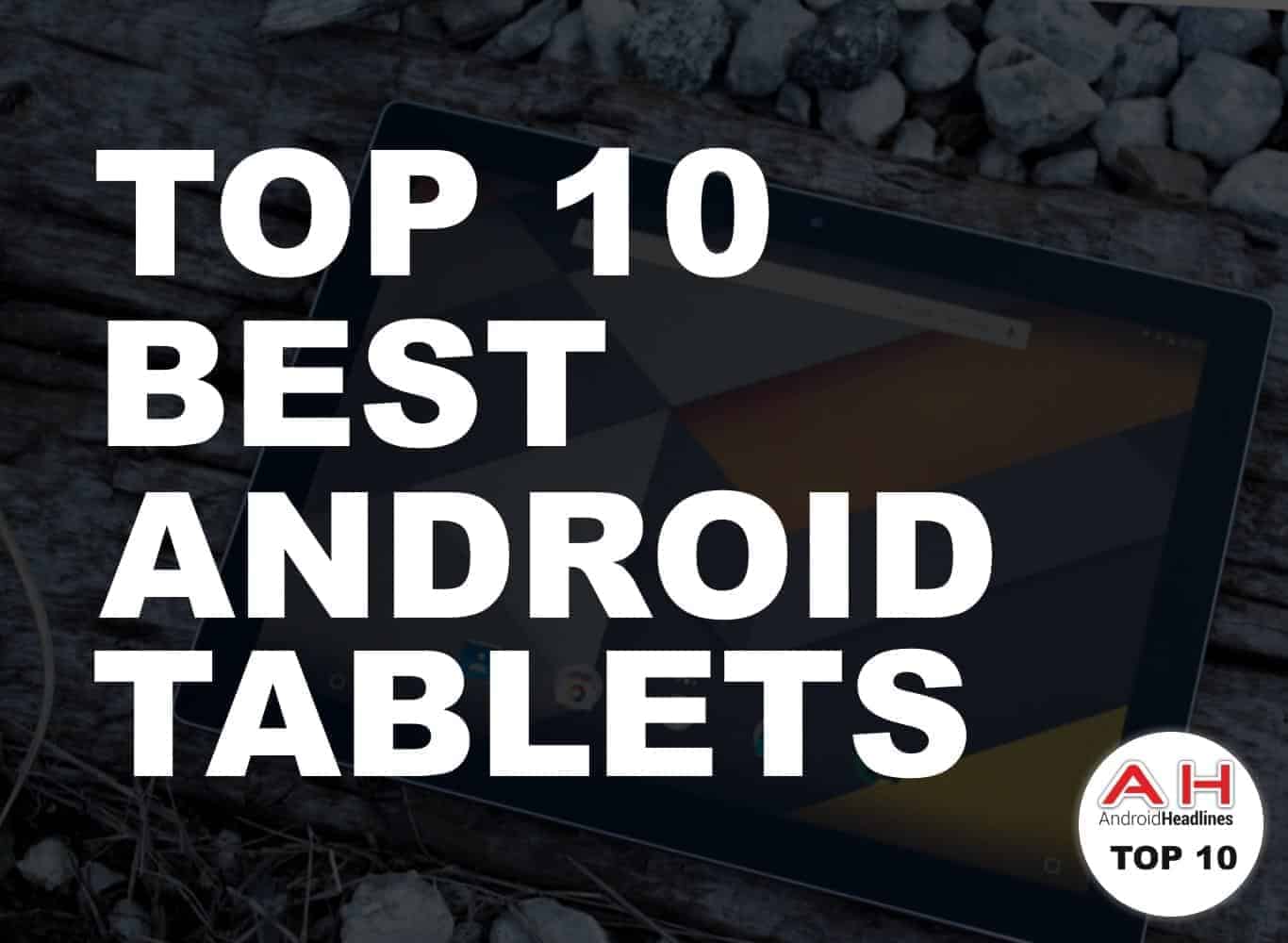 Not much has changed in the world of tablets and 2-in-1s in the last month or so. Our list remains pretty much the same as last month, as we did not see any new products launch since last month's list has been published. The Samsung Galaxy Tab S3 is still at the top of the food chain, while Google's Pixelbook and Samsung's Chromebooks close up the first three spots on our list. If you'd like to check out the current best picks in the world of tablets and 2-in1s, you'll find everything you need down below. 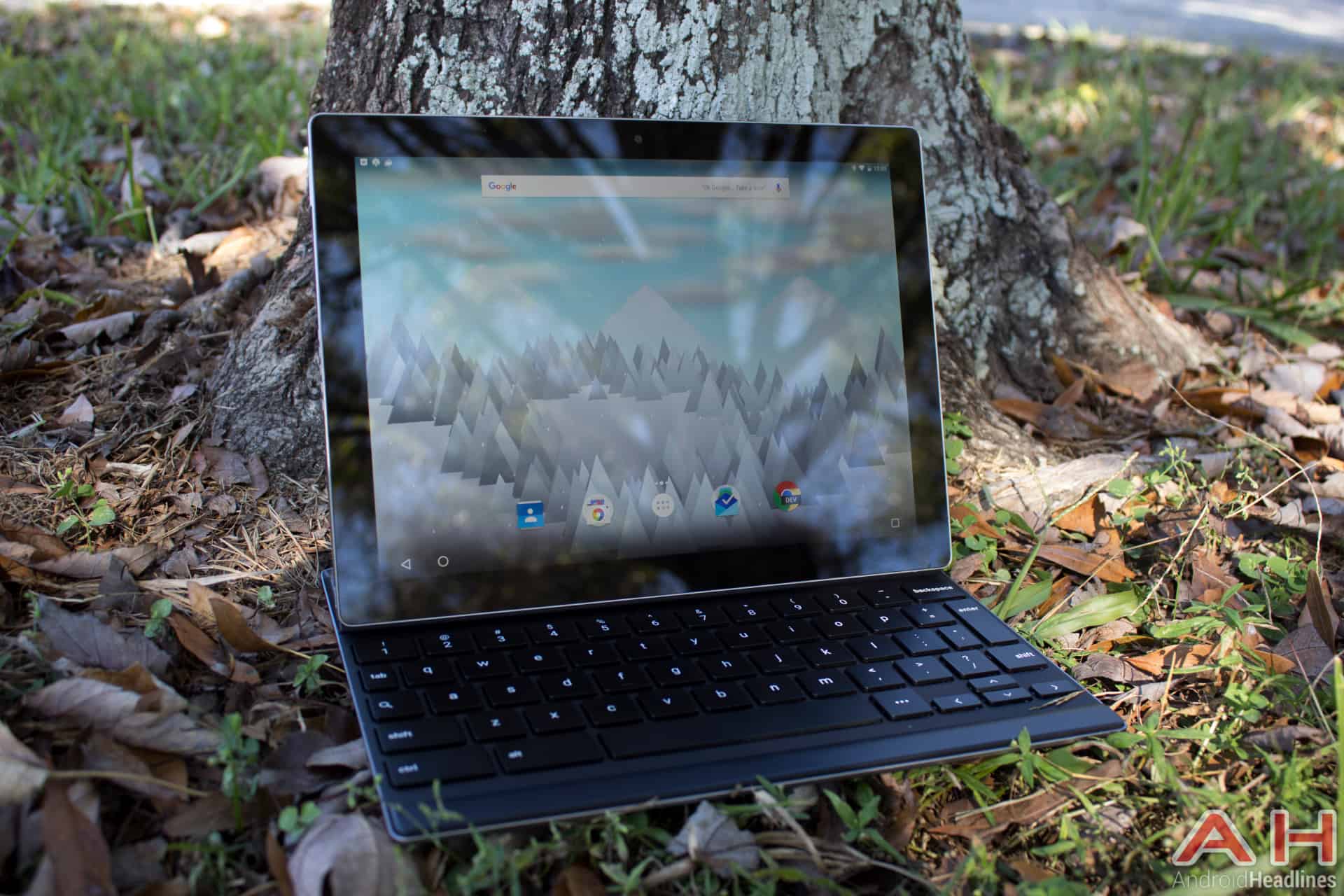 The Google Pixel C is not exactly a new device, this tablet was announced way back at the end of 2015, but it's still a solid tablet option, especially if you grab a keyboard dock along with the Pixel C. This tablet is made out of metal and despite the fact it was announced back in 2015, it's still not too affordable, you can grab one for around $500, if you manage to find it, as it's currently unavailable on Amazon. The device is fueled by the NVIDIA Tegra X1 64-bit quad-core processor, and it sports a 10.2-inch 2560 x 1800 display. A 9,240mAh non-removable battery is also a part of this package, while the device comes with 3GB of RAM and 32GB / 64GB of native storage. 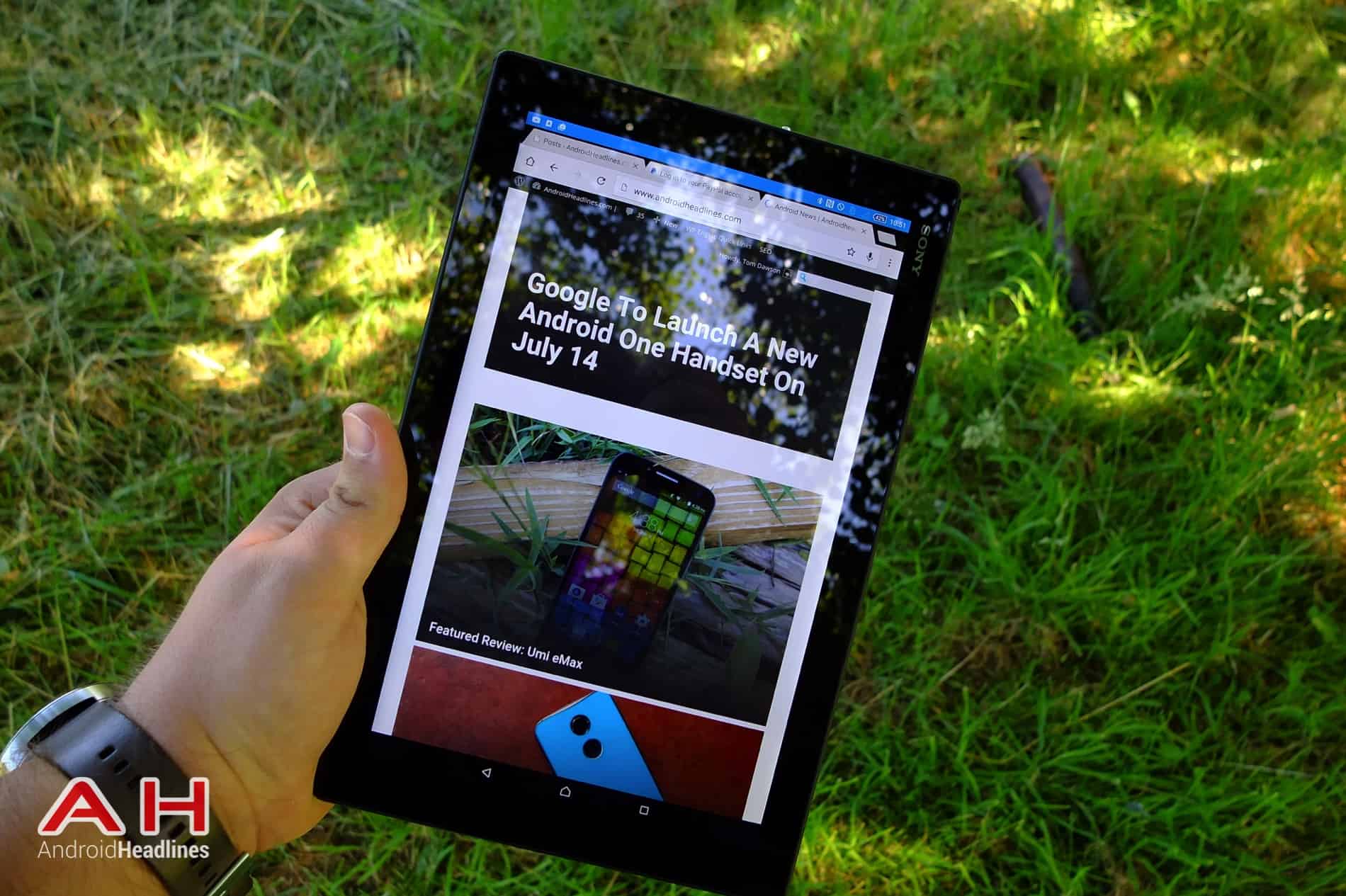 Much like the Google Pixel C, the Xperia Z4 Tablet was also announced back in 2015, though it arrived even sooner than the Pixel C, in March. That being said, the Xperia Z4 Tablet remains one of the best-looking tablets out there, it is made out of metal and glass, and it was amongst the first tablets to offer IP68 certification for water and dust resistance. Having said that, the Xperia Z4 Tablet sports a 10.1-inch (2560 x 1600) display, 3GB of RAM and 32GB of native storage. The device is fueled by the Snapdragon 810 64-bit octa-core processor, while Android 5.0 Lollipop comes pre-installed on it, along with Sony's custom UI. The Sony Xperia Z4 Tablet is currently unavailable on Amazon, but it is possible that it will become available again, at least one of its variants (4G LTE or Wi-Fi only). 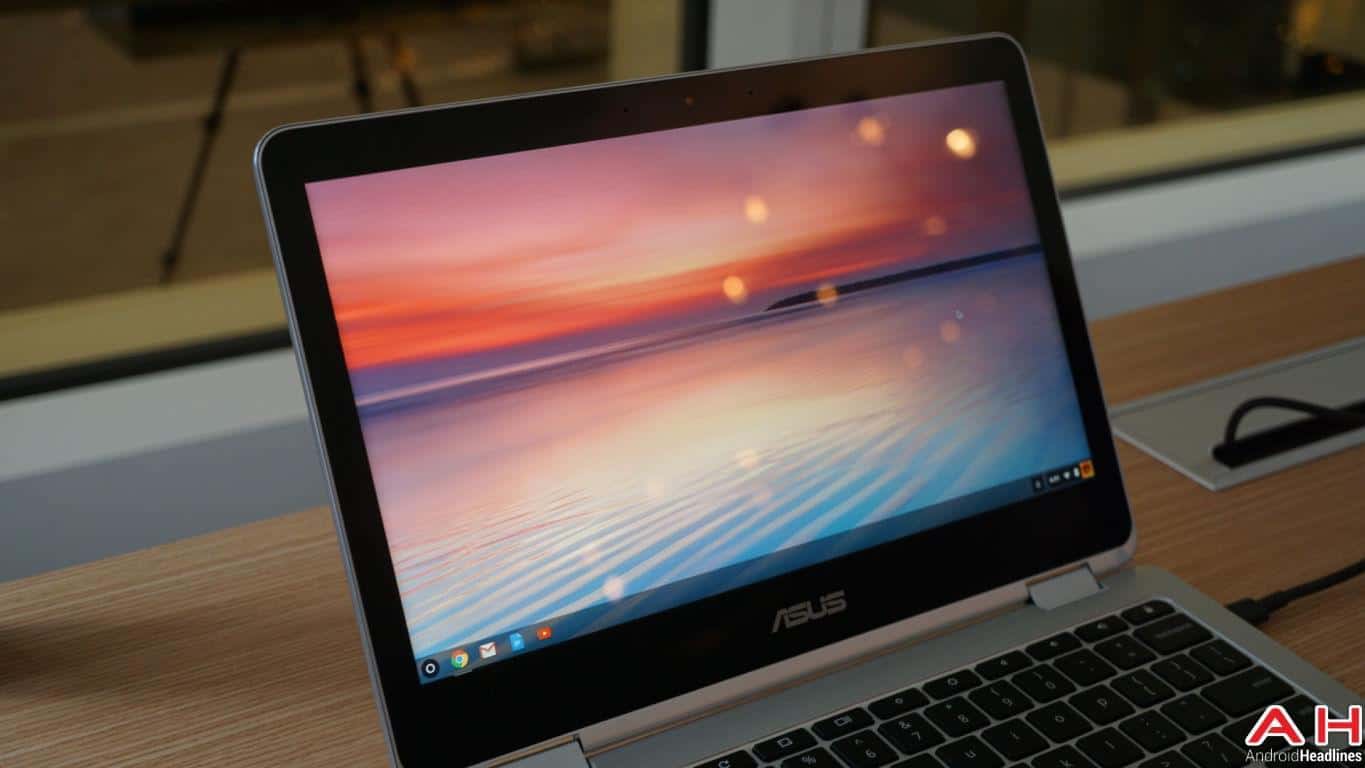 The ASUS Chromebook Flip C302 is one of the 2-in-1 devices that we've decided to include on this list. The ASUS Chromebook Flip C302 is not one of the most powerful Chromebooks out there, not even by a long shot, but if you're looking for a solid Chromebook which offers a touch-sensitive display at the same time, well, this is a solid option. The device features a 12.5-inch fullHD (1920 x 1080) display, while it comes with 4GB of RAM. There are two SoC variants of this device available, the more affordable option is fueled by Intel's Core m3 SoC, while the more expensive one comes with the Core m5 processor. Those two variants are priced at $485 and $609.99, respectively. 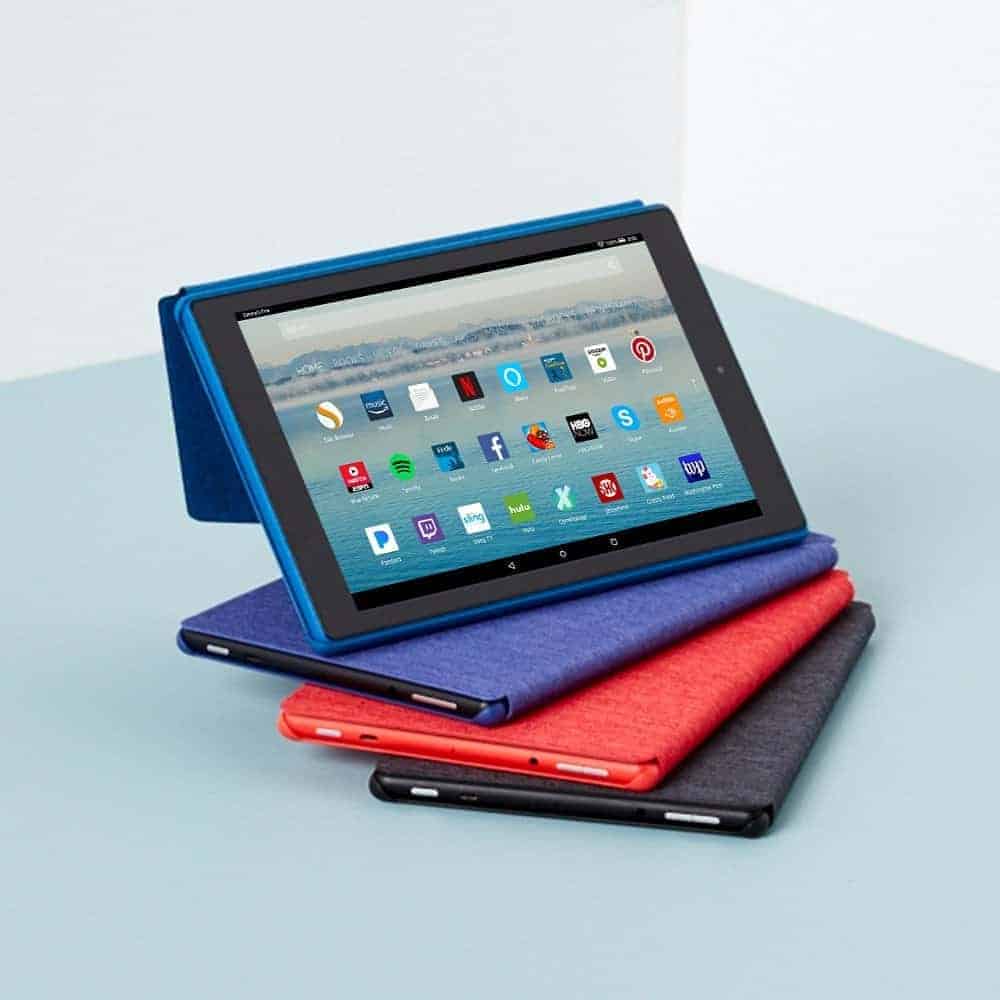 The Amazon Fire HD 10 is the most affordable tablet on this list, and yet this tablet is more than good enough for the vast majority of people. The device was introduced last year alongside its sibling, the Amazon Fire HD 8, and it sports a 10.1-inch 1920 x 1200 display. The device sports 2GB of RAM and 32GB or 64GB of native storage, it all depends on which variant you decide to purchase. MediaTek's MT8173 64-bit quad-core SoC fuels this tablet, while Android 5.1 Lollipop comes pre-installed on the device. Do keep in mind that Amazon's skin is applied on top of Android, though. The 32GB variant of the Amazon Fire HD 10 tablet is currently priced at $149.99, while its 64GB storage counterpart costs $189.99. 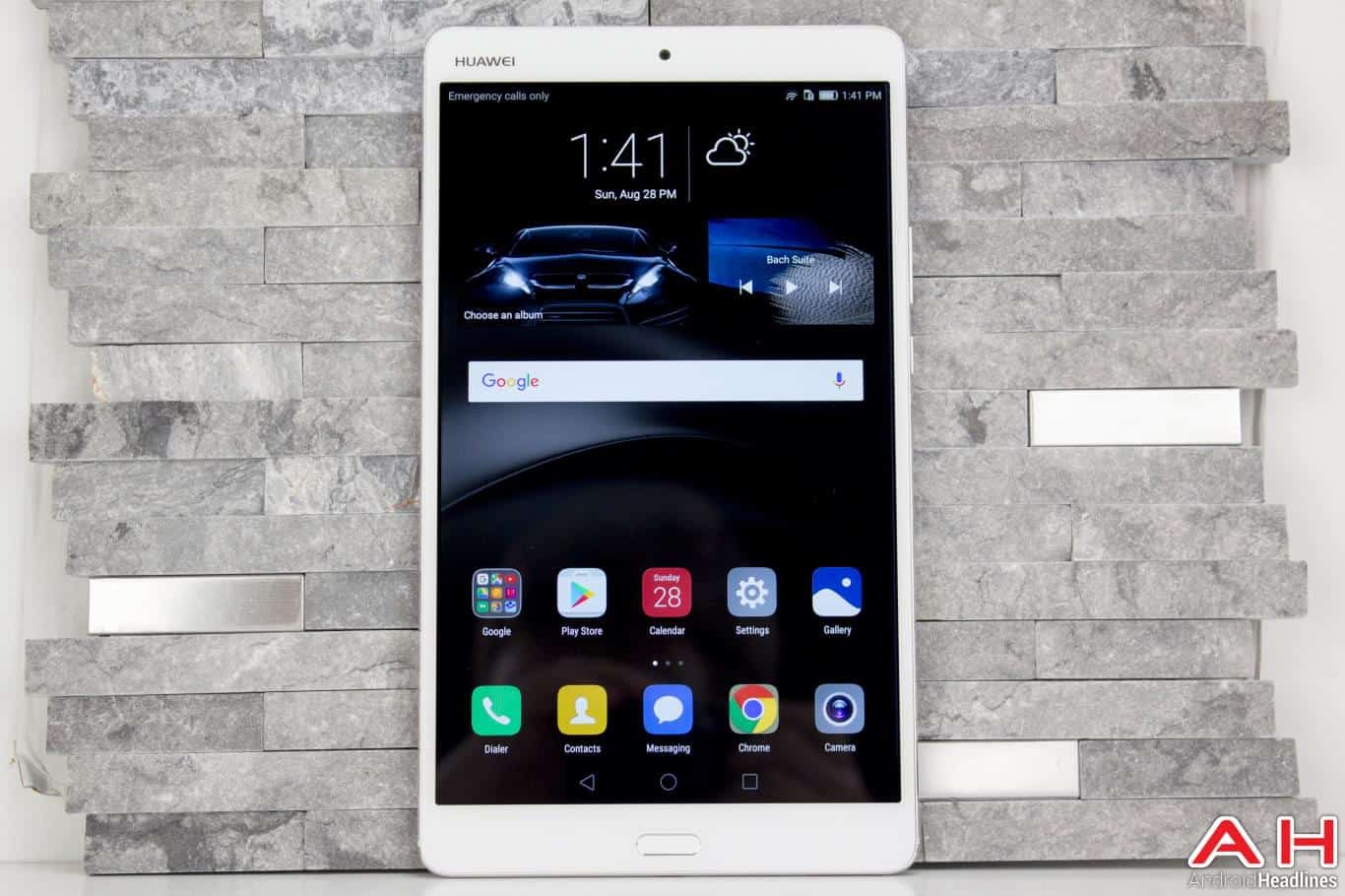 The Huawei MediaPad M3 is actually quite an affordable tablet, and its specs are quite good. This is a metal-clad tablet which is fueled by the Kirin 960 64-bit octa-core SoC, which was replaced by the Kirin 970 as Huawei's flagship processor, but the Kirin 960 is still more than capable enough to power through pretty much anything you throw at it. The device features an 8.4-inch 2560 x 1600 display, a 5,100mAh non-removable battery, and 4GB of RAM. In addition to all that, you can choose between 32GB and 64GB storage variant of this tablet. The 32GB storage model of the Huawei MediaPad M3 is priced at $264.80, while the 64GB storage option costs $315.90. 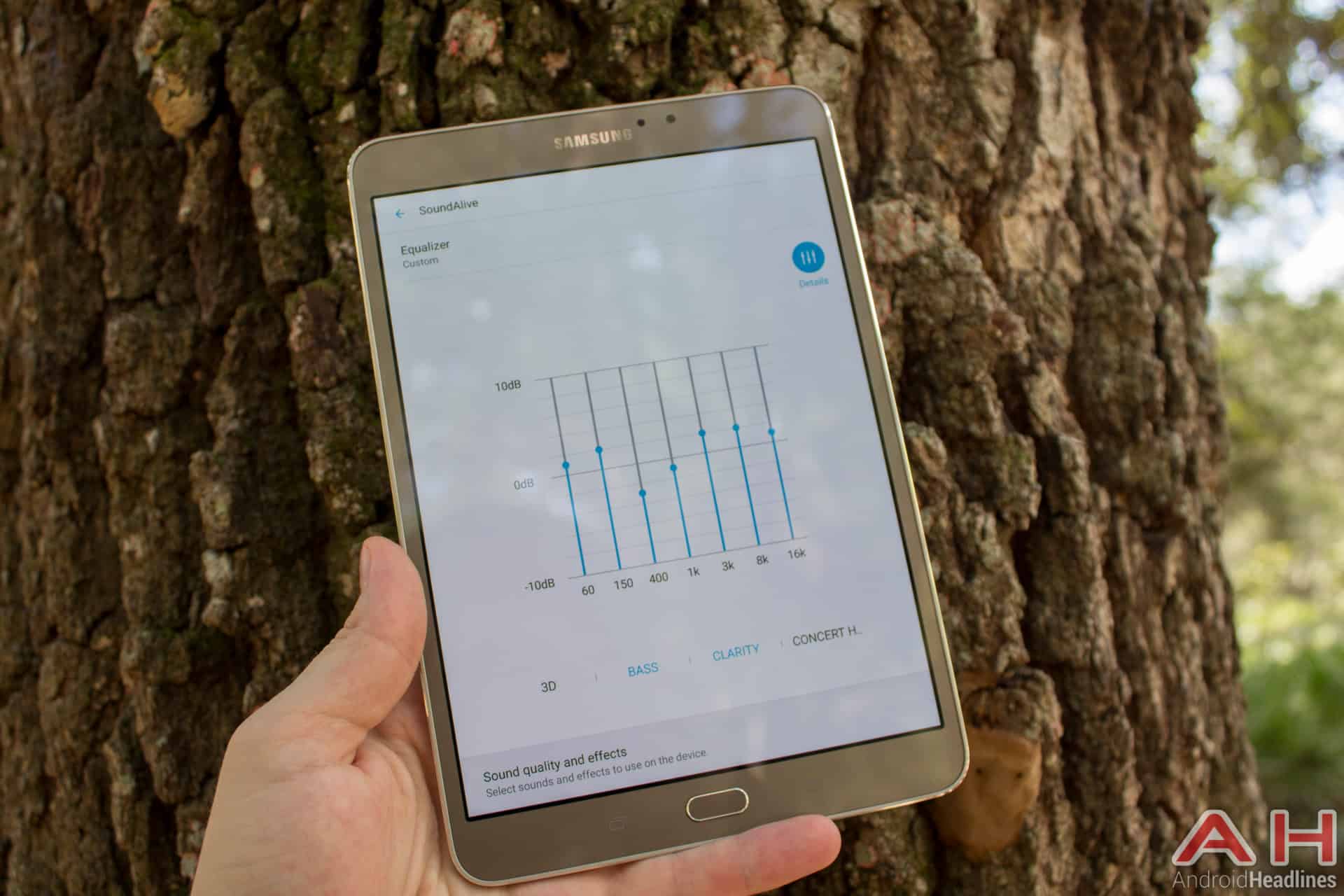 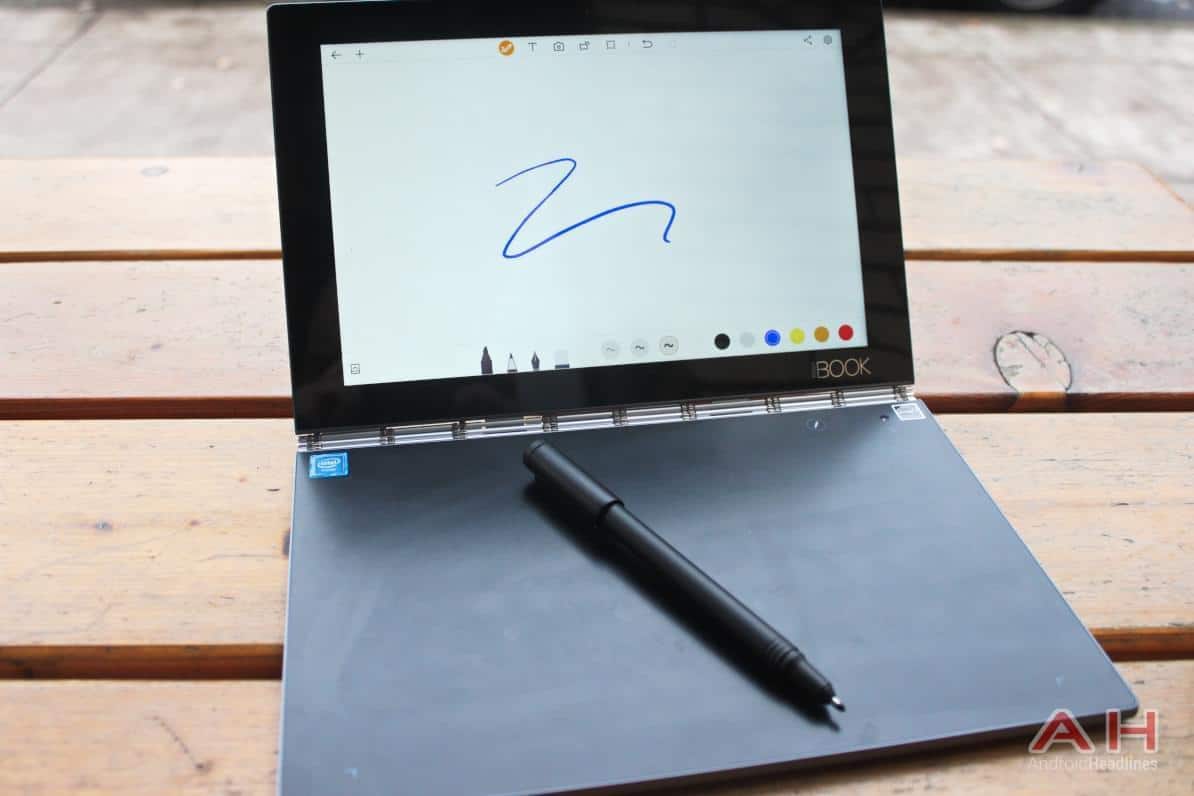 The Lenovo Yoga Book is yet another 2-in-1 device, and depending on your preference, you can get it in either Android or Windows OS variants. This tablet features a 10.1-inch 1920 x 1200 display, and it comes with 4GB of RAM and 64GB of storage. The device is fueled by the Intel Atom X5-Z8550 processor, while an 8,500mAh battery is also included in this package. The Lenovo Yoga Book is actually heavily discounted at the moment, especially its Android OS variant. The Android OS variant of this tablet currently costs $277 on Amazon, while the Windows OS model can be purchased for $374.99. 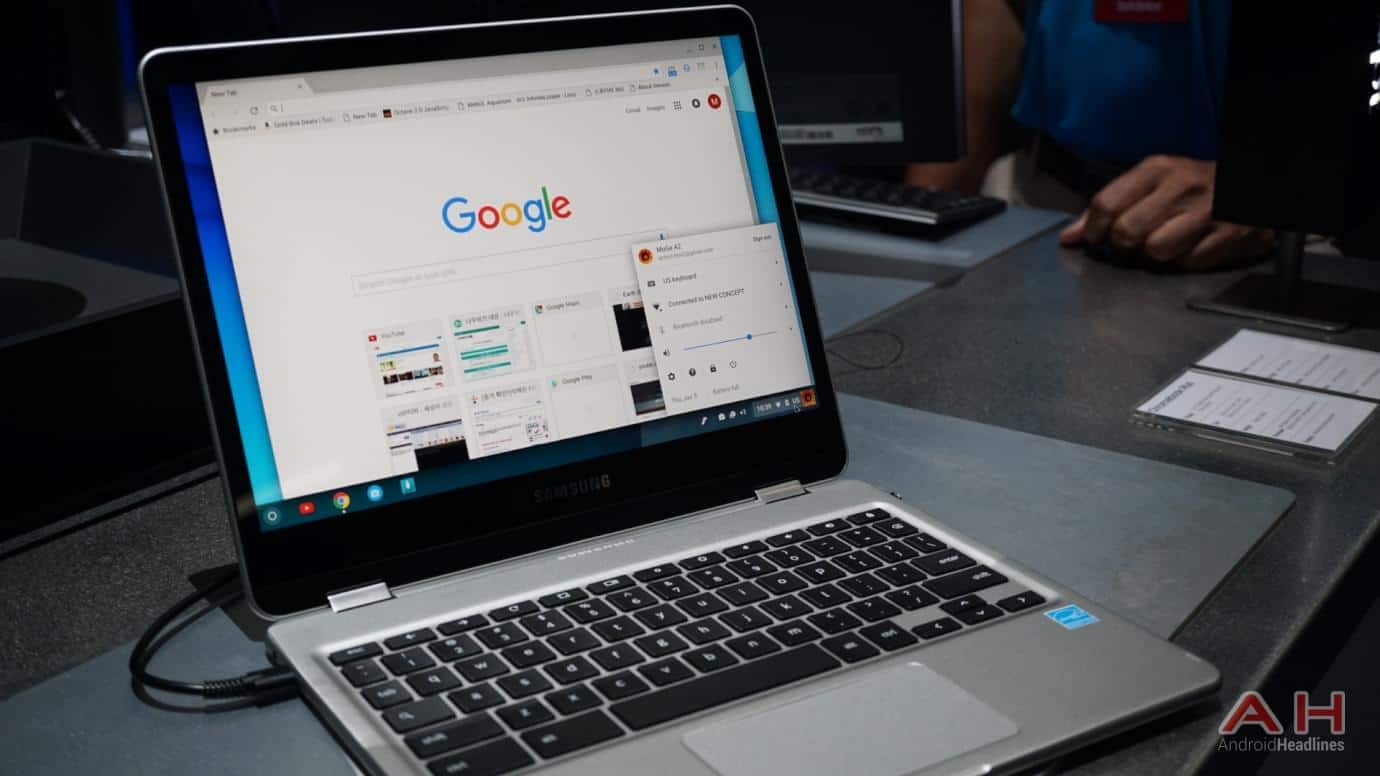 The Samsung Chromebook Plus and Pro landed last year, and both of these devices come with support for Android applications. The Chromebook Pro is more powerful than the Plus model, but both are quite compelling, and both sport touch-sensitive displays. Both of these devices also include 4GB of RAM and 12.3-inch 2400 x 1600 displays, though the 'Pro' model offers a more powerful processor, if that's something that's important to you in a Chromebook. Having said that, the Samsung Chromebook Plus can now be purchased on Amazon for $422.96, while the Chromebook Pro costs around $520.

Buy the Samsung Chromebook Plus (2017)

Read more: hands-on with the Samsung Chromebook Pro & Plus 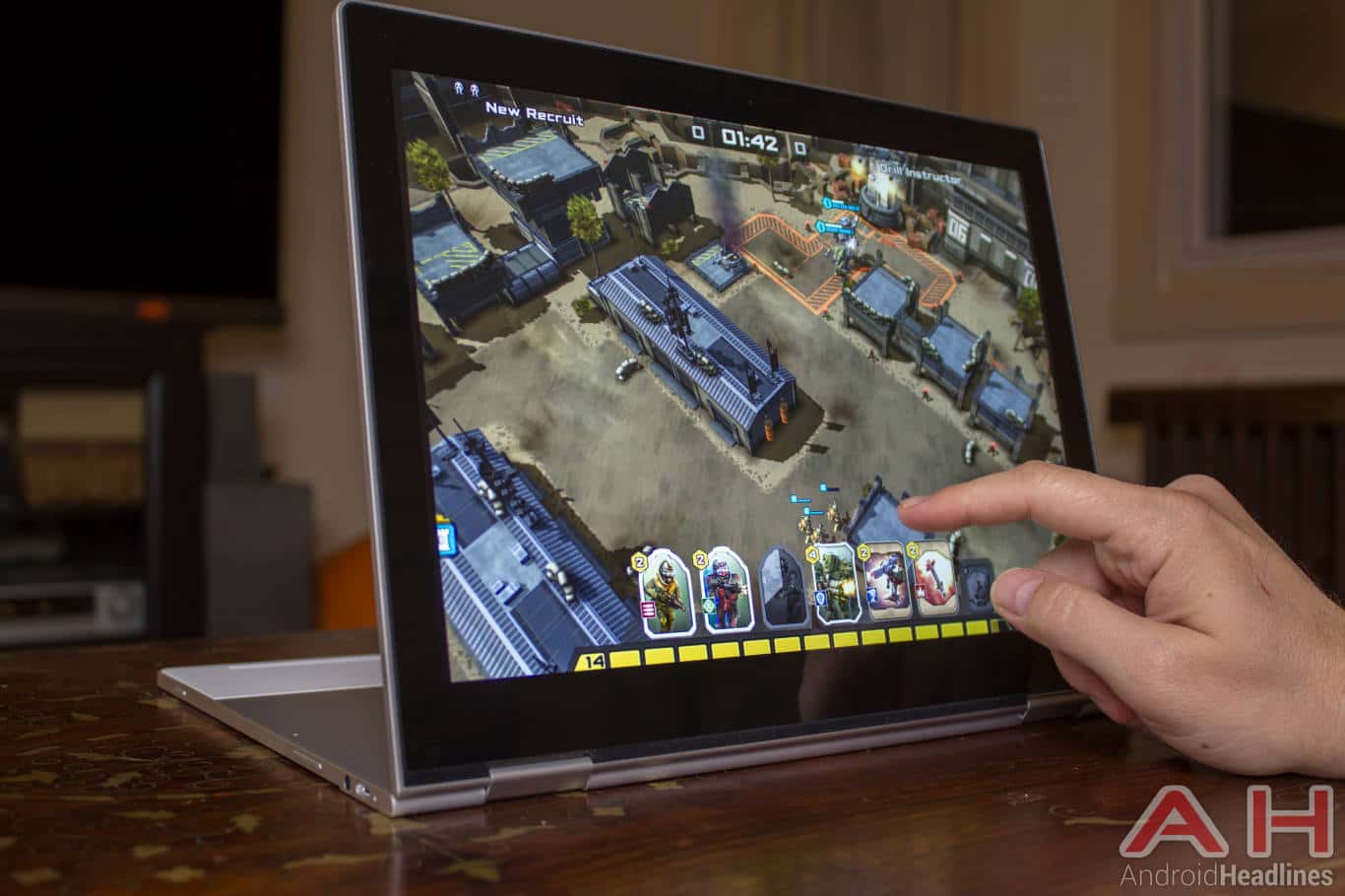 The Google Pixelbook is considered to be the most powerful Chromebook out there. This gadget was announced last year by Google itself, and much like Samsung's Chromebook offerings that we've mentioned recently, this gadget also offers support for Android applications. The Google Pixelbook comes in both 8 and 16GB RAM variants, and those two models come with Intel Core i5 and Core i7 processors, respectively. The Intel Core i5 model comes in 128GB and 256GB storage flavors, while the Core i7 includes 512GB of native storage. Those three variants of the Google Pixelbook can be purchased from Amazon for $899, $1,099, and $1,619.

Buy the Google Pixelbook (Intel Core i5, 128GB of storage)

Buy the Google Pixelbook (Intel Core i5, 256GB of storage)

Buy the Google Pixelbook (Intel Core i7, 512GB of storage) 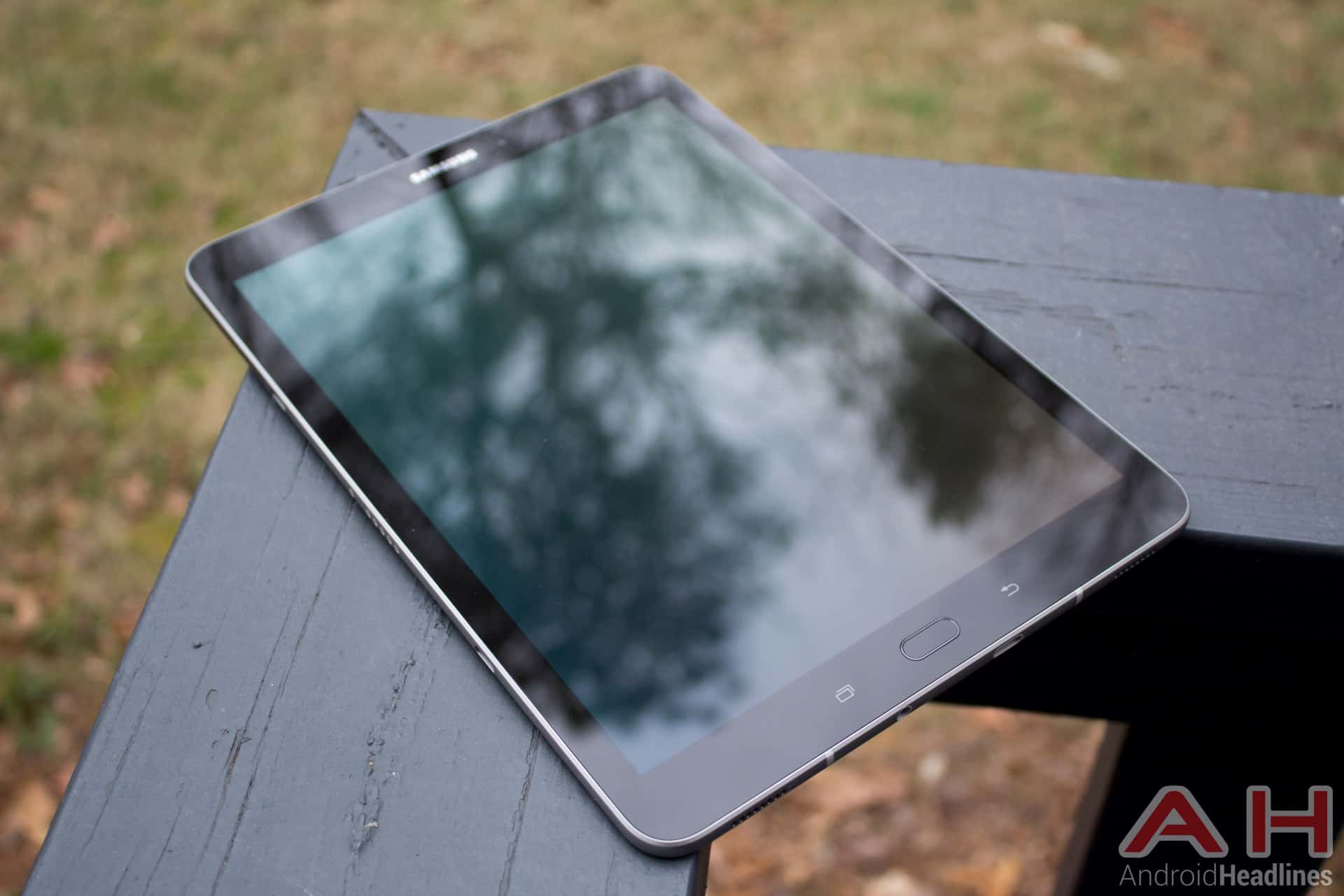 The Galaxy Tab S3 is Samsung's most powerful tablet, and one of the most compelling Android tablets out there. This gadget is made out of metal and glass, while it sports a front-facing fingerprint scanner. The Galaxy Tab S3 is fueled by the Snapdragon 820 64-bit quad-core processor, while it includes 4GB of RAM and 32GB of native storage. The device sports a 9.7-inch 2048 x 1536 Super AMOLED display, while a 6,000mAh non-removable battery is also included in the package. A 13-megapixel snapper sits on the back of the Galaxy Tab S3, while Android 7.0 Nougat comes pre-installed on the device. The device is currently priced at $444.44 on Amazon.