Last week, Mobile World Congress took place in Barcelona, Spain. It’s the biggest mobile show of the year, and where a number of new high-end smartphones debut every year. Twitter’s Marketing account for the UK did a survey to see which brand was talked about the most on February 26th (the day where every company had its press conference). And surprisingly, Nokia was the most talked about brand. Beating Samsung, Huawei, Google and Apple. Apple is always a surprising one here, since Apple never attends MWC or any other trade show.

That’s nothing to sneeze at for Nokia. The company did unveil five devices at the show last week, including a nostalgia device in the Nokia 8810 (or the Banana Phone). It also unveiled the Nokia One, Nokia 6, Nokia 7 Plus and Nokia 8 Sirocco. All of these are Android One devices (and all future Nokia devices will be Android One devices as well), with the Nokia One being an Android Go device which is priced at $85. So the company announced a slew of new devices from HMD Global, who makes its smartphones. But Nokia also made headlines on the networking side, for a number of 5G announcements – including a couple of announcements with US carriers for 5G networks in the US. So it was a pretty good show for Nokia for both major sides of its business. Its health side was also at the show, but it didn’t actually announce anything. Nokia Health was showing off all of its products, and some new app features that are going to be coming in the near future though.

Samsung held its Unpacked event at Mobile World Congress, and debuted the Galaxy S9 and Galaxy S9 Plus. Typically, these two devices would be the most talked about devices at any event. So for Nokia to beat Samsung and have more tweets about it, is pretty impressive. And it should be good for the company moving forward. Nokia, while it seems like it’s not a huge company in the smartphone market, did ship a ton of phones last year. It shipped 70 million phones last year, and 60 million of those were feature phones. So it’ll be interesting to see how these new devices from Nokia perform in 2018, especially the 8810, which did get a ton of attention at the show. 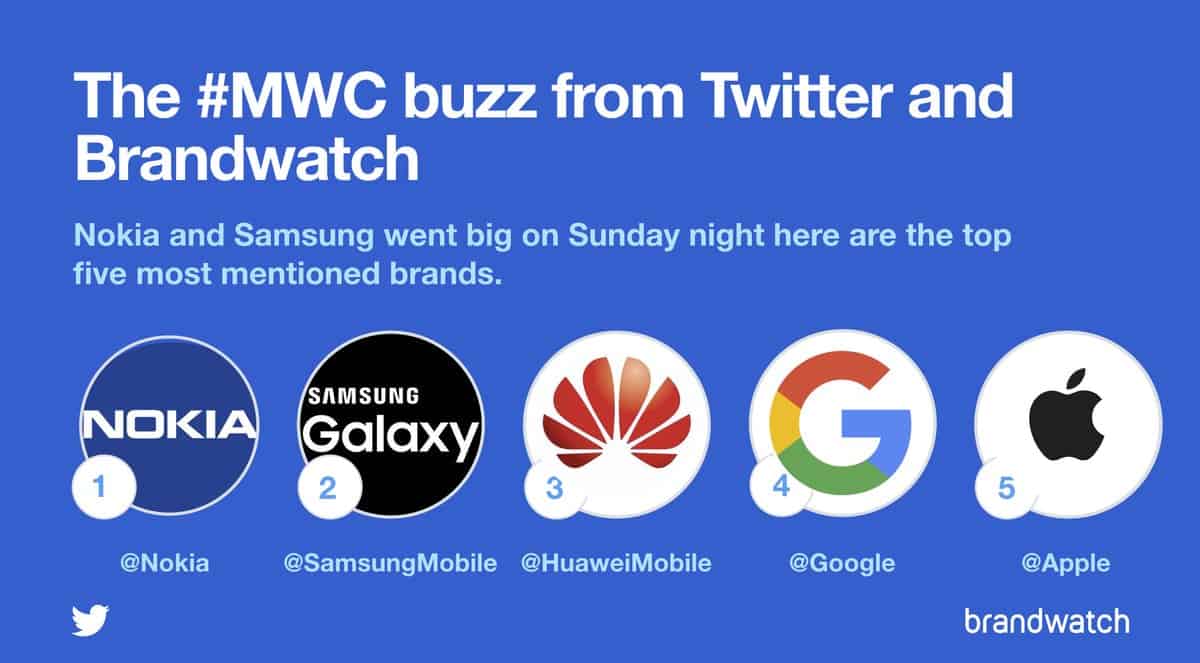