A majority of Americans are already using services and/or products that make use of artificial intelligence (AI), and are aware of the fact AI is the driving force, according to the latest survey findings from Gallup and Northeastern University. The figures here are based on data collected between September 15 and October 10, 2017, and acquired through the use of mail-in responses from 3,297 adults in the US.

Of the findings, the big headline one is 85-percent of Americans admit to using at least one product that is powered by AI. However, that grander number is more relevant to app-based services such as navigation apps (84-percent) and video/music streaming apps (72-percent). Though, in terms or ride-sharing apps the number significantly drops down to only 32-percent. Closing out the phone-based results, the findings show 47-percent of respondents admitted to using the digital personal assistant on their smartphone. Finer details such as how often digital assistants were used was not provided.

What may be more revealing is at the non-smartphone level as the findings suggest as much as 22-percent of those surveyed confirmed they use an ‘intelligent home personal assistant’ (for example, Google Home or Amazon Alexa), with 20-percent also confirming the use of smart home devices – defined as peripherals like smart lighting and thermostats. While these numbers are significantly lower than the app-based AI solutions, they are likely to be more of an indicator of the current interest in AI as these lower statistics are relevant to those people who have purchased an AI product and likely for the AI features, specifically. In contrast to having an app updated with new AI features. Therefore, the extrapolated assumption is as many as 20-percent of people in the US are already buying and using dedicated AI products. As to be expected, age does seem to be a factor here although not quite as impacting as some might expect. For example, when it came to streaming services, and while the 18 to 35-year-old demographic registered as the most prolific (91-percent), the survey also highlighted that almost half (41-percent) of the least prolific age group (66+) used the same services. Numbers that are likely only going to increase going forward as AI becomes even more readily available. The full details on this latest survey can be found through the link below. 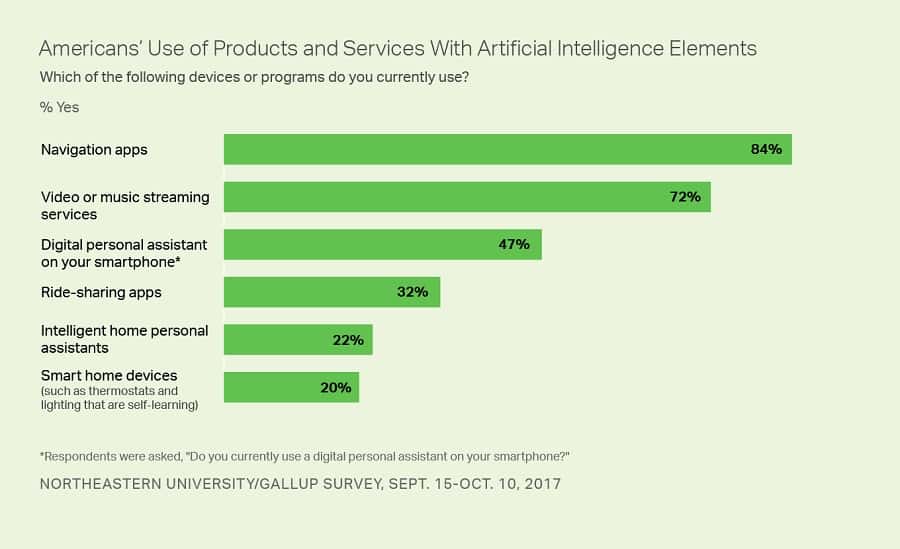