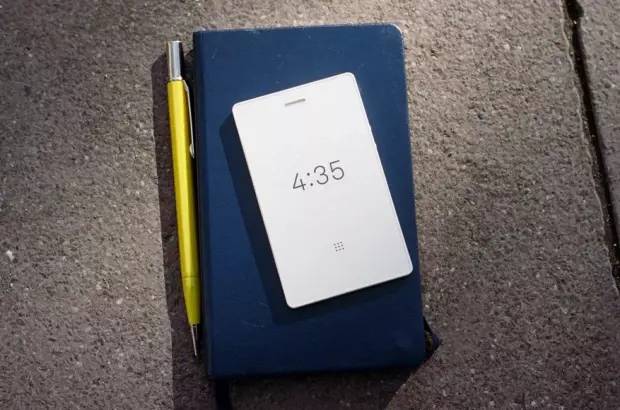 In order to support the expanded set of features, the creators of the handset developed the LightOS, a modified version of the Android operating system. The handset will have two hardware buttons located on its right side which are used to navigate its simple user interface. In addition, the Light Phone 2 will be equipped with a custom, high-resolution e-ink display that is capable of showing a phone dialer and text messages. Users may also reply to text messages and dial phone numbers using the e-ink display. Other hardware features of the handset include a larger microphone and speaker, as well as a proximity sensor and a USB Type-C port for charging. The Light Phone 2 includes 1GB of RAM, 8GB of internal flash storage, and a 500mAh battery. The device maker claims that the handset's battery could offer up to five hours of standby time and a few hours of talk time. The phone accepts Nano SIM cards and it is capable of connecting to 4G LTE networks. In contrast, the original version of the device is only compatible with 2G networks. However, the manufacturer stated that the specifications of the handset could change in the coming months.

Even though the original $250,000 goal of the campaign has been exceeded, interested consumers may still back the project on Indiegogo until the end of the month. For $250, you can receive a single Light Phone 2 and a charging cable, while $450 will net you two units. The startup expects to start shipping the Light Phone 2 by April 2019.