SoftBank recently announced its earnings for the first three quarters of the 2017 fiscal year. In its presentation, it broke down how each company it has a stake in, did over those nine months. And in the Sprint section, SoftBank essentially confirmed the Snapdragon 855, which is expected to be announced this Fall, and be available in smartphones next year. It also confirmed that it would have a 5G-capable modem in the Snapdragon X50. Which also means that it’ll be a dual-modem chipset, since it will still need support for 4G LTE.

This showed up in SoftBank’s presentation when talking about Sprint’s upcoming 5G network. SoftBank was mentioning its partners which include Samsung, Ericsson, Nokia and also Qualcomm. So there was very little information about the Snapdragon 855 in this presentation, but it is expected that more information will surface in the coming months, as we approach the announcement of the Snapdragon 855. Although, what’s interesting here is that it’s being called the “Snapdragon 855 Fusion Platform”. Now recently, Qualcomm has been naming its processors as a “platform” rather than just a chipset, and that’s due to all the parts that are included in the chipset. But the “Fusion” is something new. It’s possible that Qualcomm may start naming its chipsets to appeal with a more “marketing” term here, similar to what Apple does. Or it could mean something else entirely.

Nokia and Ericsson are working on the actual network for Sprint, and will be deploying Massive MIMO sites in 2018, and expanding that in 2019. Which is what Sprint’s CTO, John Saw, announced at Mobile World Congress last month in Barcelona. Qualcomm, meanwhile, is working on the modem that smartphones and other mobile products will be using to connect to that 5G network. So it’s also a very vital part of the 5G evolution, even though it’s not building the radios that will be used on cell sites in the coming years. The Snapdragon X50 is actually a somewhat old modem at this point, so it’s a little interesting to see that it’s going to be in the Snapdragon 855 Fusion Platform later this year, but it’s also possible that Qualcomm wants to keep that under wraps more than the actual processor. 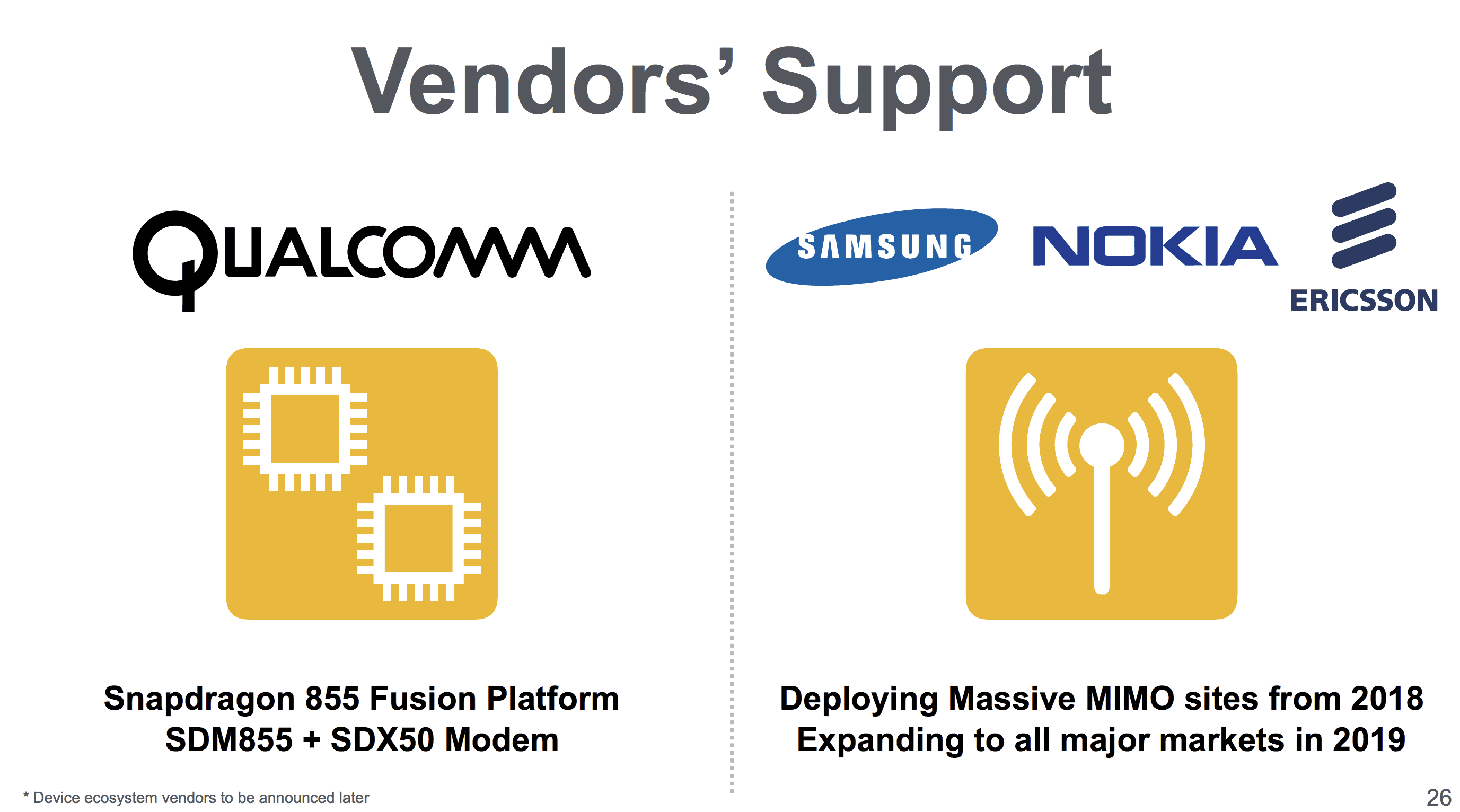