First up is the design. The Nest Hello looks much cleaner and it's a bit smaller than the Ring Doorbell Pro and even the cheaper Ring Doorbell 2. It looks great, with the actual doorbell at the bottom and the camera at the top. There is a ring that lights up around the doorbell button, which is a nice touch, but that only activates when you hit the doorbell. But otherwise, it's a really simplistic design, which is what you want sitting out in front of your home. Now the Nest Hello does have a camera, as expected, and that camera does do slightly different resolution than other doorbells out there, at 1600×1200. It also has the same wide-angle field-of-view of 160-degrees. This allows you to view your entire front yard or porch and see what's going on – for example, you can see when your packages are delivered, or worse-case scenario, when your packages are stolen. 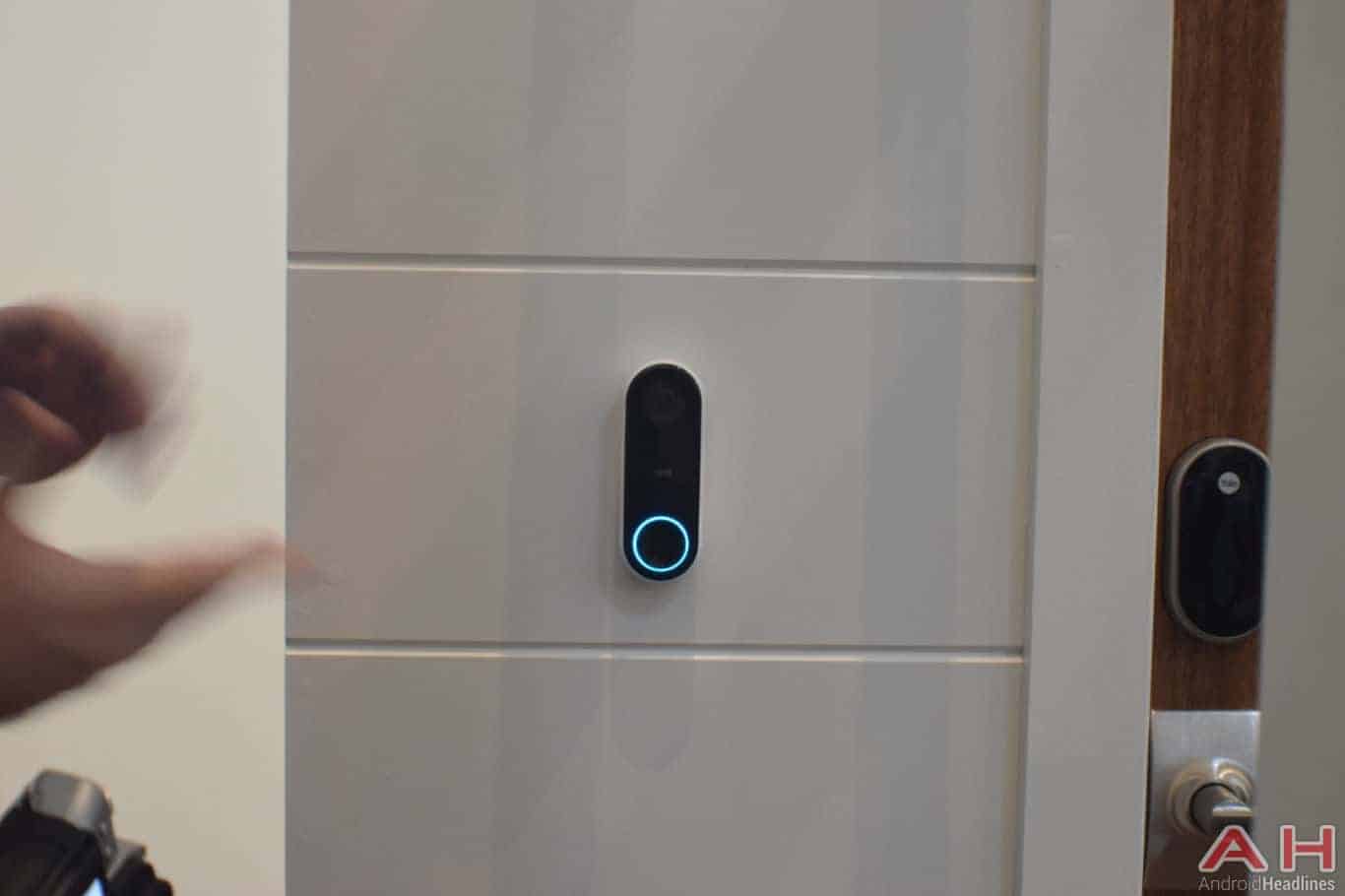 Despite the video quality being about the same, at least on paper, the video from the Nest Hello is actually a bit better. It's more clearer, especially during the day. But its night vision is also pretty good. Of course, everything is still in black and white, but you can actually make out what is going on. That may not seem like a big deal, but it actually is, especially since you are able to keep footage in the cloud, should you need proof for anything. Nest Aware, the company's cloud service, is right on par with the competition too, as far as pricing goes. Coming in at $5/month or $50/year – it's a better idea to pay for the full year upfront than per month.

Nest does also include all of the tools you'll need to install the Hello, in the box. This is something Nest has always done actually, even with its thermostats, the Learning Thermostat. Speaking of installation, it's actually pretty simple. Something that most smart home companies have gotten good at, is providing the buyer with very good, detailed instructions. This doorbell does need power, so you may need to install a 10V transmitter. Unlike the Ring Doorbell 2 which runs on a battery, which also explains why it is larger, and not as sleek looking.

The Nest Hello does have a couple of features that its competitors don't that are actually pretty cool. One of those include pre-recorded messages. So you could have a pre-recorded message for when FedEx or UPS arrives, and tell them to leave your package next to the door or something. Another one is 8x digital zoom on the camera. This makes it easier to zoom in on what's going on out on the road in front of your house. This is also important since these doorbells have actually been used to help catch criminals, including one that kidnapped a kid. A doorbell camera was able to see the whole thing and help the police identify the person. Definitely a good thing. Finally, there's 128-bit encryption and two-step verification. This means that whoever picks up your phone won't be able to get to your doorbell, or perhaps delete footage you've saved. Also pretty important.

Nest Hello is available for pre-order now on B&H Photo for $229. It's slated to ship on March 20, so just a few more days until it'll be in your hands. Currently, it is only available in one color, which is black with a white frame. Though Nest did show off some other frames at its San Francisco event last fall, so it's possible that there are more on the way.

Pre-Order the Nest Hello
Advertisement
Trusted By Millions
Independent, Expert Android News You Can Trust, Since 2010
Publishing More Android Than Anyone Else
8
Today
146
This Week
522
This Month.
522
This Year
110691
All Time
Advertisement