Skype has a brand new update for users on the Skype Insiders Program and rolling out within the next several weeks which should make the experience much better for a wider range of Android users. That’s because, according to an official post on the company’s blog, the incoming update will optimize the video chat app for Android 4.0.3 (Ice Cream Sandwich) to 5.1 (Lollipop). The inner workings of the update have, of course, not been provided by the company. However, it is said to be much lighter in terms of both disc space taken up and RAM use, while also including performance enhancements for less-than-ideal networking circumstances. That should allow users to make video calls on even the most low-end devices. Unfortunately, it won’t be possible to gauge how well that’s been accomplished or how that compares to the performance of other apps in the category until after it releases.

Optimizing for versions of the operating system that are as old as Lollipop or Ice Cream Sandwich may seem to be a waste of time at first glance. However, not everybody can easily upgrade to a newer device running the latest OS each time a new iteration hits. What’s more, many of the more affordable handsets hit the market with an older variant of Android right out of the box. In fact, as of the last Android adoption figures released in Google’s Android distribution report, the versions covered in the Skype update apply to as many as 42-percent of Android users.

In the meantime, this will be a rolling update so some users are definitely going to see it before others. App rollouts can take hours, days, or even weeks to hit every device and Skype has already said this will be among those on the lower side of that scale. Users can always check for the update manually by heading over to the app’s listing on the Google Play Store – via the button below – to see if it’s available. Conversely, users who want to get this and other updates earlier can head over to the source link below to find a link to the Skype Insiders Program. 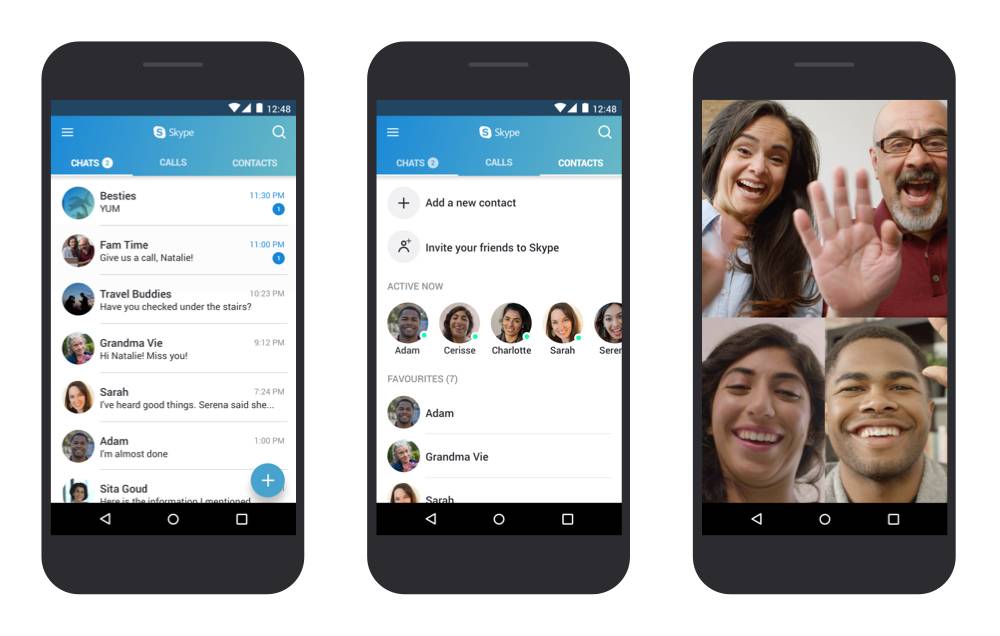