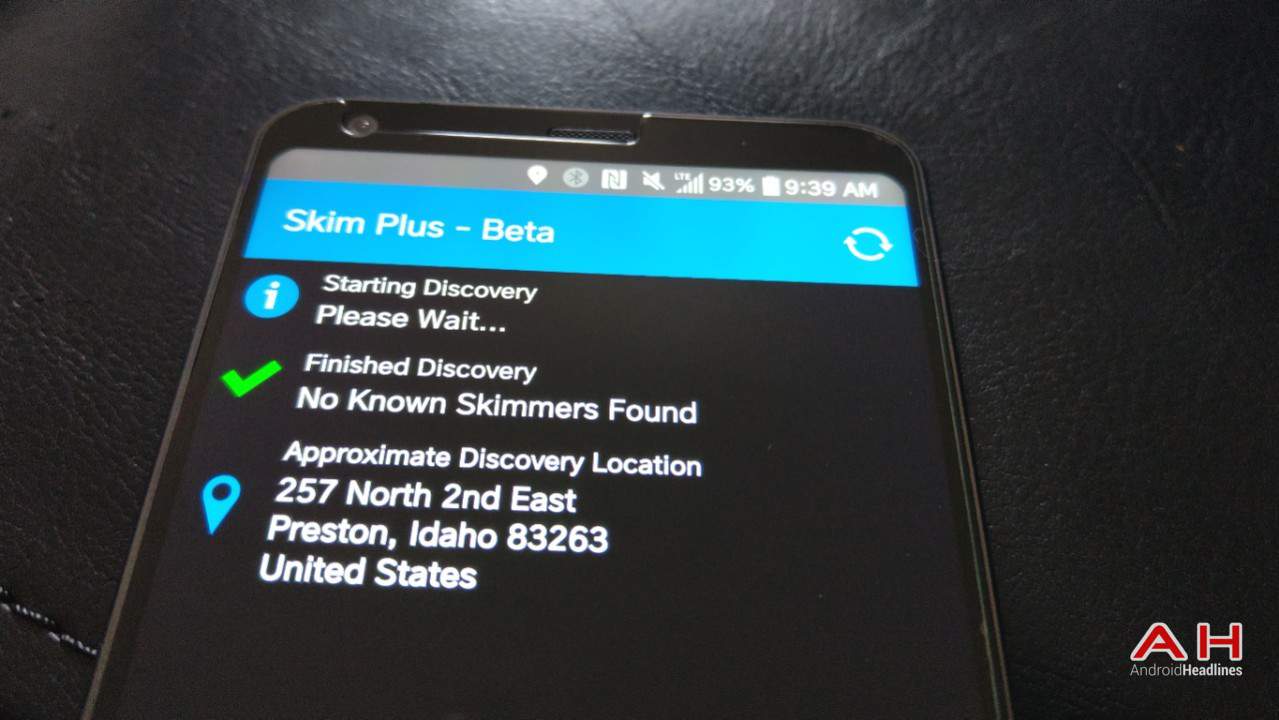 Skim Plus (Bluetooth Skimmer Detection 2018) is a relatively new application that seeks to solve a problem that has risen with the proliferation of Bluetooth-connected devices. Specifically, with technological advances leading to a rise in smartphone-based crimes, the app is designed to let users know if anybody nearby is using a Bluetooth skimmer. For those who aren't already aware, skimming is a means by which malicious actors can steal credit card information and more from a connected device. In this case, that happens over Bluetooth and most frequently occurs at places where users are likely to use their credit card to make payments. In particular, the crime happens at gas stations, where modern pumps often make use of Bluetooth. The app looks to solve that by empowering users to safely scan for tell-tale signs of the activity in their immediate vicinity.

Of course, it goes without saying that this app won't actually provide security to prevent such a theft from occurring. It's likely impossible to do that from an application in most cases. Instead, it centers around the use of a phone's Bluetooth radio to scan within range of a smartphone and checks solely for skimmers. By design, it won't connect to any other Bluetooth devices during the process, either. So users don't need to worry that they may inadvertently grant access to their device to any skimmers that might be in the area. Users simply need to open the application and hit the scan button. Scanning doesn't take long and it is easy to see if any skimmers were found, at a glance, thanks to color coding. A green checkmark means that no known skimmers were found, while a red mark means that at least one has been. It will also show the approximate location of the scan.

Unfortunately, if a skimmer hasn't been added to the directory yet, this app is almost certainly not going to catch it. However, it does appear to be robust and to work fairly well. In the meantime, there are actually two versions of the app, including an ad-supported free version and a $0.99 paid variant. The paid version is ad-free and offers a world map of all of the discoveries made by the app so far. That might be useful for those who travel frequently since they could avoid skimmer hotspots, to begin with. The apps are currently only available for Android, though an iOS version is in the works.