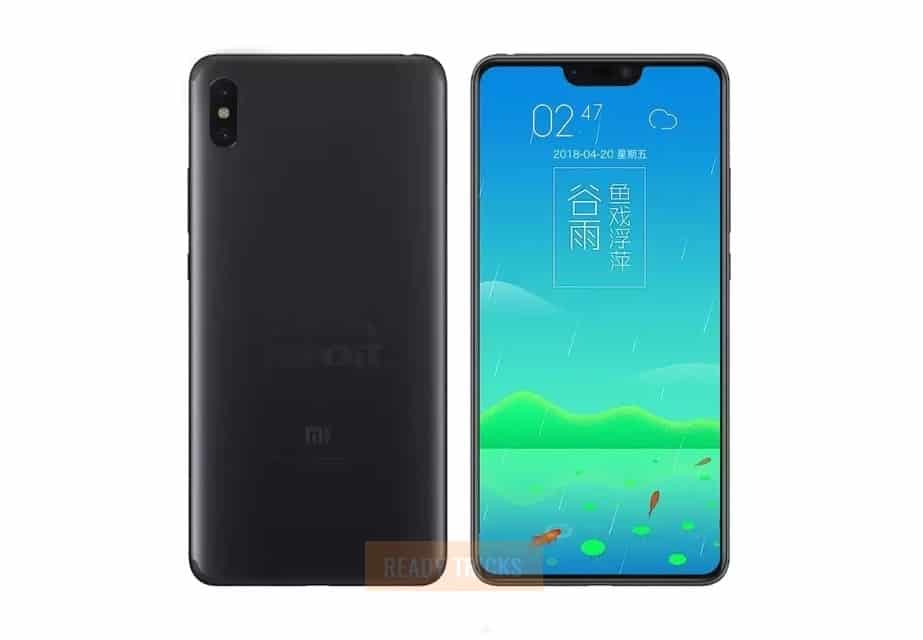 The upcoming Xiaomi Mi 7 reaches the headlines once again, this time on account of a render supposedly depicting the smartphone’s exterior design, complete with an iPhone X-like display notch at the front and a vertically-aligned dual camera on the back. Although the quality of the render is not bad, it’s worth noting that, so far, the design of the Xiaomi Mi 7 flagship has been somewhat of a mystery, so it’s impossible to determine the render’s validity. The only frame of reference at this point is a previously-leaked and rather fishy photo allegedly showcasing the device, and the sketchy render at hand doesn’t share any similarities with the unit previously seen in the supposed live photo.

Judging by the latest leak, the Xiaomi Mi 7 would be enclosed in a unibody metallic shell featuring two antenna stripes at the top and bottom edges, and what appears to be a 3.5mm headphone jack at the top. The back panel sports a vertically-aligned dual camera coupled with an LED flash in the middle, while the front panel is almost entirely covered by the full-screen 18:9 display with very thin edges all around. The only design element that sticks out on the front is the camera notch, and it’s interesting to note that the device lacks a visible fingerprint recognition sensor. This suggests that the handset might make use of face recognition technology instead, especially given the iPhone X-like notch, however other previous rumors have indicated that the Xiaomi Mi 7 might feature an in-display fingerprint recognition sensor, much like the Vivo X20 Plus UD unveiled earlier in January at this year’s CES.

As for internal hardware specifications, the latest render doesn’t reveal any new details on the matter but according to previous reports, the device could employ Qualcomm’s Snapdragon 845 chipset coupled with 6GB or 8GB of RAM. The full-screen display could have a 5.5-inch or 5.7-inch diagonal, and assuming that the device will indeed employ an in-display fingerprint scanner then the unit it will most likely have an OLED panel, as existing in-panel fingerprint sensors only work with this type of display technology. As far as availability is concerned, rumors suggest that the Xiaomi Mi 7 won’t be introduced earlier than June on account that the Chinese OEM only recently unveiled its latest flagship under the name of Mi MIX 2S, and Xiaomi will likely want to avoid releasing two top-tier devices from different series too close to each other.