The AQUOS S3 is made out of metal and glass, while the dual cameras on the back of the device are vertically-aligned. A fingerprint scanner lies on the back of the phone as well, and the same can be said for Sharp’s logo and a dual-tone LED flash. The power / lock, volume up and volume down buttons are located on the right-hand side of the phone, while the device sports really thin bezels all around. The thickest bezel can be found below the phone’s display, where you will notice yet another logo of the company. The AQUOS S3 also comes with a display notch, a notch similar to the one on the OPPO R15, and AQUOS S3’s smaller sibling. This smartphone features a 91-percent screen-to-body ratio, while Sharp also claims that this is the smallest smartphone with a 6-inch display out there. The phone also features facial recognition tech, which scans 1,024 facial points in order to verify everything, and it can unlock the device in 0.1 seconds, claims Sharp.

The device sports a 6-inch fullHD+ (1600 x 1080) display with a 2.5D curved glass on top of it. The device is fueled by the Snapdragon 630 64-bit octa-core processor, while it packs in 4GB of LPDDR4X RAM and 64GB of expandable storage. The device also comes with a hybrid dual SIM setup, which means you will be able to use the phone’s second SIM card slot in order to expand the phone’s storage. 12-megapixel (f/1.75 aperture, 1.4um pixel size, PDAF) and 13-megapixel (telephoto lens) cameras are included on the back of the phone, while you will find a 16-megapixel snapper on the device’s front side. A 3,200mAh non-removable battery is included in the package, while the phone also comes with Quick Charge 3.0 fast charging. Android 8.0 Oreo comes pre-installed on the AQUOS S3, while Sharp’s Smile UX skin is applied on top of it. The Sharp AQUOS S3 comes in a Black color, and it is priced at NT$11,990 ($412), while it will become available starting on April 1 in Taiwan. 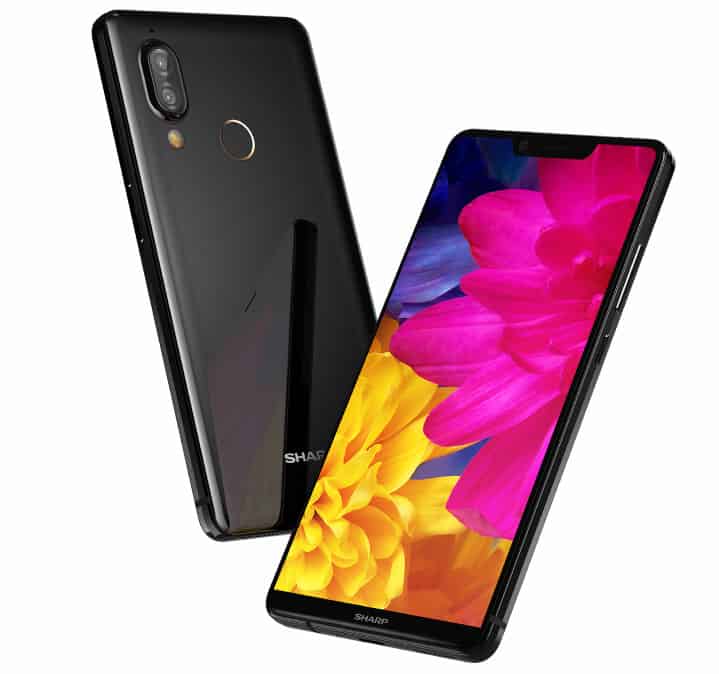