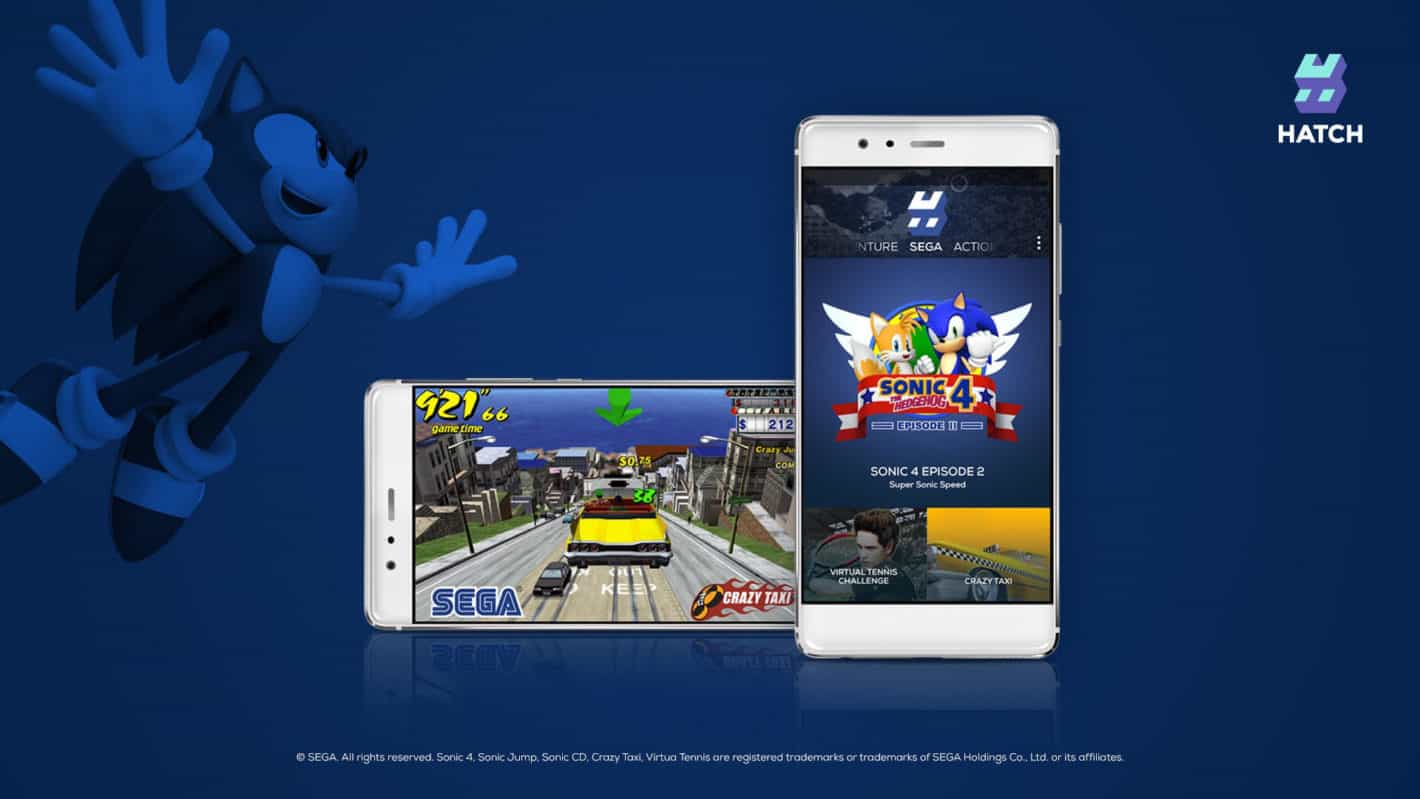 Rovio spinoff Hatch and Japanese entertainment giant SEGA on Tuesday announced a new partnership meant to bring a number of popular Android titles to the emerging mobile game streaming service. The collaboration will provide Hatch users with the option of accessing Sonic Jump, Sonic CD, Sonic 4 Episode 2, Virtua Tennis, and Crazy Taxi from Hatch's on-demand gaming portfolio. The move has been described as "the first step" in the partnership, with Rovio's subsidiary clearly hinting that more SEGA games may end up making its way to the service going forward. Total War, Sonic Dash, and Football Manager series are just some of the franchises SEGA is presently offering via the Google Play Store which also hosts a wide variety of its classic titles such as Streets of Rage, Ristar, Golden Axe, Altered Beast, and Gunstar Heroes.

The collaboration with SEGA comes shortly after Hatch already partnered with the likes of Square Enix, Ubisoft, Bandai Namco, and a broad range of independent developers who brought their creations to the company's platform. Hatch is still entirely free to use and supported by ads, though the firm is ultimately looking to introduce a premium subscription tier that will allow players to enjoy on-demand mobile games without ads and also access some exclusive content. The platform remains in a beta stage of development and is gradually expanding its presence by rolling out to additional countries, though it's currently still limited to Europe, being available in 16 markets on the Old Continent. Hatch's main goal is to deliver a comprehensive Netflix-like mobile gaming service, allowing players from around the world to enjoy seamless experiences without having to download games locally.

Hatch believes its ecosystem is the most straightforward way to play mobile titles and one that also solves the problem of piracy for developers, being an always-online experience. The firm recently partnered with Qualcomm to improve its infrastructure and is expected to announce more developer-publisher partners in the coming months. No fully defined roadmap for the global availability of the platform has yet been decided, with the solution presently expanding in a dynamic manner, based on demand and capabilities, a company official told AndroidHeadlines last month.

Advertisement
Hatch
Trusted By Millions
Independent, Expert Android News You Can Trust, Since 2010
Publishing More Android Than Anyone Else
7
Today
68
This Week
560
This Month
3072
This Year
104551
All Time
Advertisement