Skip to content
Advertisement
Trusted By Millions
Independent, Expert Android News You Can Trust, Since 2010
Publishing More Android Than Anyone Else
4
Today
100
This Week
231
This Month
7558
This Year
117513
All Time
Advertisement Samsung Electronics was granted yet another patent detailing an in-screen fingerprint reader, with its latest contraption design being spotted in the database of the World Intellectual Property Organization earlier today. The sensor in question is significantly smaller than those that usually double as physical Home buttons or are mounted on the rear panels of modern smartphones, with Samsung acknowledging its solution revolves around a scanner that can’t even cover the entire fingertip of the average adult. Due to those limitations, the company envisioned a software solution that would have the reader accept partial fingertips, at least in the sense that it prompts the user to swipe the scanner in a particular direction in order to check for a complete match.

In practice, touching the sensor would present users with a display prompt indicating in which direction they’re meant to move their finger over the screen in order to scan their entire fingertip. The South Korean original equipment manufacturer said the technology could be implemented into contemporary touchscreen-enabled handsets, as well as home appliances. When not in use, the fingerprint sensor would be invisible and wouldn’t in any way affect the image produced by the display above it, as per the same patent documentation. Samsung thus essentially patented a less convenient in-display fingerprint recognition solution than what firms like Vivo and Huawei already managed to commercialize, though the Seoul-based company itself previously protected less limited technologies which ultimately accomplish the same goal.

Should the solution described by the latest addition to Samsung’s IP portfolio ever be commercialized, it’s likely to find its way into mid-range or entry-level devices which are designed with a more cost-effective approach than ultra-premium offerings such as the Galaxy S and Galaxy Note-series smartphones. Samsung has reportedly been trying to implement an in-display fingerprint reader into one of its handsets for several years now but even the upcoming Galaxy Note 9 may lack such an authentication system, industry insiders suggested earlier this month. 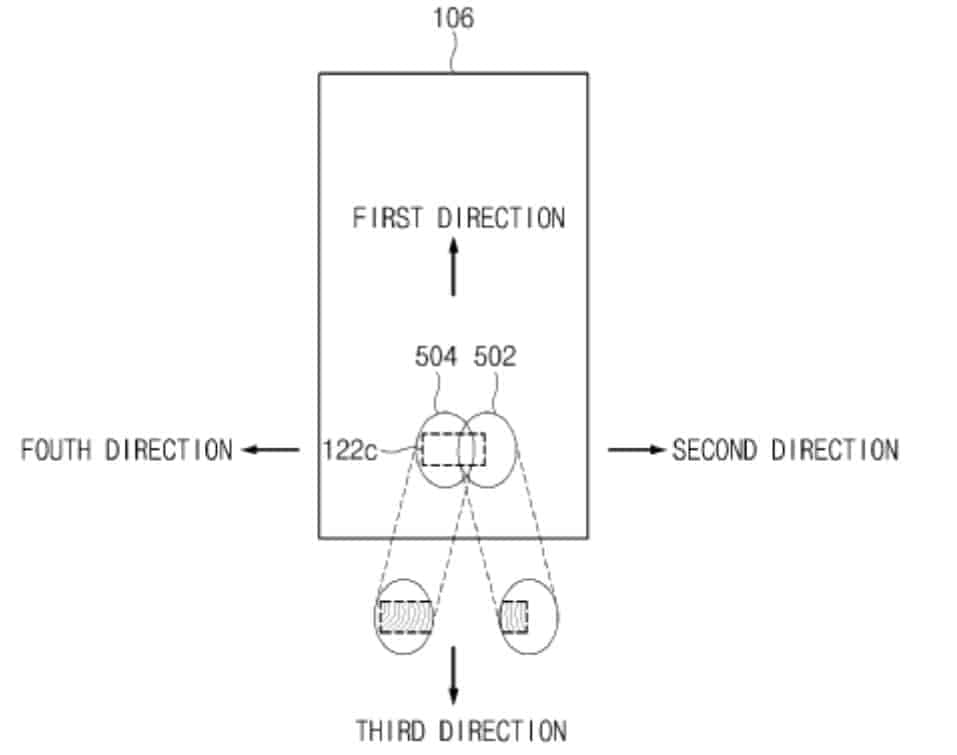