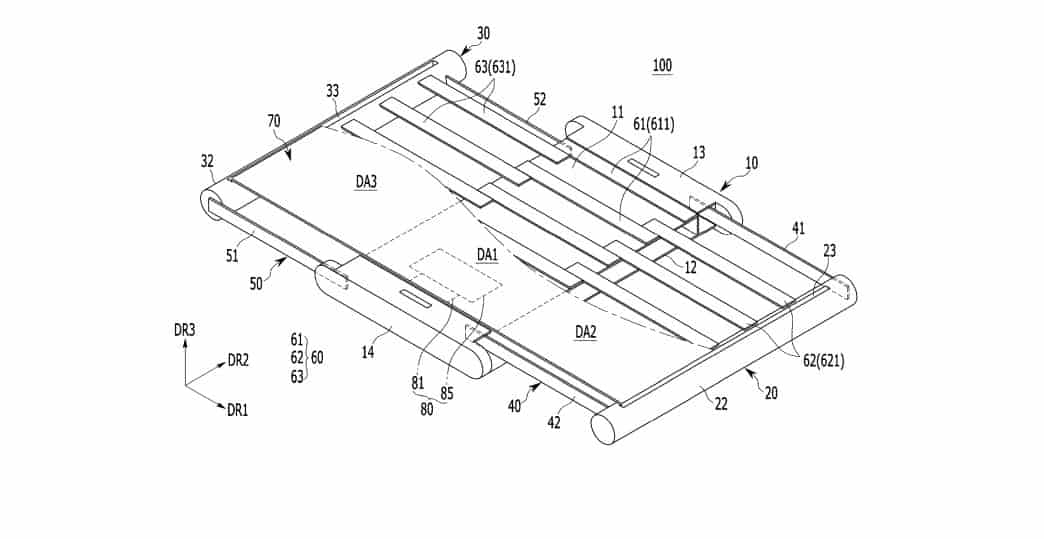 Samsung Display was awarded a patent by the USPTO pertaining to a concept smartphone or tablet-like device that has an expandable form factor, which would allow users to extend the area of the display by pulling the device’s side edges outward. The design features an unconcealed panel and two additional displays on each side, which roll inside the body of the device to create a standard chocolate bar form factor. But if the side edges are being pulled, the two side panels hidden within the device would expand outward to offer three times the display real estate compared to when the side edges are retracted, virtually converting the unit into a tablet-like device.

Samsung Display has been experimenting with numerous ways in which it can use its flexible display technology, and this has been going on for many years now. Various patent applications have offered a sneak preview into what types of new designs Samsung is considering, and so far, the most popular form factors have revolved around the idea of a foldable smartphone or rollable tablet. However, the design seen in the patent application at hand appears to be more focused on the concept of combining both a smartphone and a tablet into a single device. This device would have two main modes of operation which would be determined by whether the side panels are detracted or retracted, though it’s likely that mixing the two design philosophies into a single package would result in a smart device that won’t excel at being either but would instead attempt to offer a compromise, largely because the two side panels hidden within the concept’s body would contribute to a much thicker profile compared to the regular smartphones and tablets currently available on the market.

At the end of the day, it should be reminded that this is only a patent application that shows one of the ways in which Samsung is considering using flexible panels in the future. This doesn’t show a prototype device or an upcoming product, and it’s highly unlikely for this type of expandable smartphone to make it into production anytime soon. 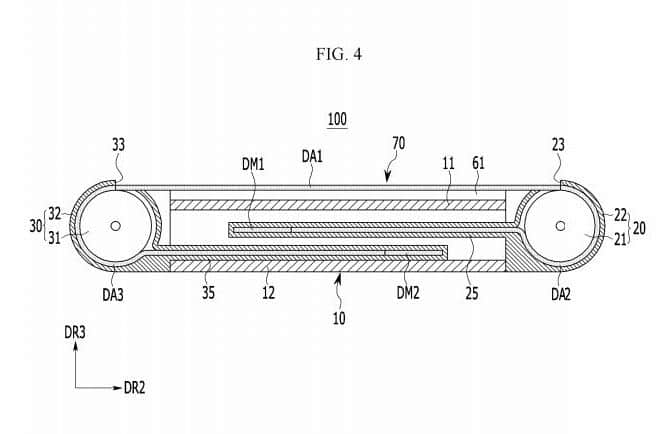 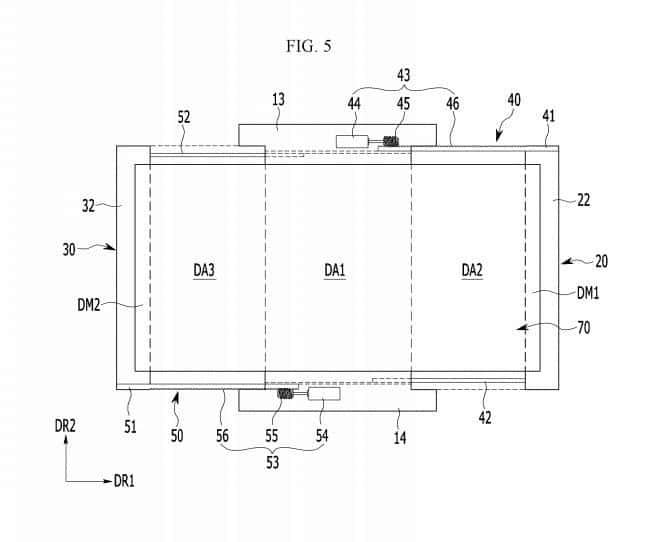