Samsung is gearing up to add a new device to its mid-range Galaxy A series of smartphones. A new Samsung handset with model number SM-A600FN got certified by the Wi-Fi Alliance. As per the database, the device will come running Android 8.0 (Oreo) with support for dual-band Wi-Fi using 2.4GHz and 5GHz frequency bands. Considering the naming scheme that Samsung usually follows, the device with the aforementioned model number could end up being called Galaxy A6 2018 at launch, which shouldn’t be that far since it has already received the Wi-Fi certification.

The Galaxy A6 first leaked last week in a Geekbench listing where its Plus variant was also spotted with model number SM-A605G. Both the listings revealed a few core specifications of the two devices, according to which, the Galaxy A6 will be powered by Samsung’s octa-core Exynos 7870 processor paired with a Mali-T830 GPU and 3GB of RAM. This combination was previously seen on some Galaxy J series phone and Galaxy A3 from 2017.  The Galaxy A6 Plus, on the other hand, will feature an octa-core Snapdragon 625 processor, that comes included with an Adreno 506 GPU, and 4GB of RAM. Like it’s usually the case with Samsung, different regions get smartphones powered by different processors, so should be the situation for the Galaxy A6 and Galaxy A6 Plus, which is also evident from their distinct model numbers. However, both the devices were listed running Android Oreo.

The South Korean company is seemingly shaking up its Galaxy A series that caters to the upper mid-range segment. Samsung may be doing away with the odd-numbered naming scheme for the Galaxy A line of smartphones and replacing them with a new lineup for possibly a fresh start. The first to join the series in 2018 was the Galaxy A8, that borrowed design elements from the then flagship Galaxy S8 to incorporate a taller Infinity Display in Samsung’s proprietary 18.5:9 aspect ratio. With the new display aspect ratio already onboard the mid-range series, Samsung might pass it on to the unannounced Galaxy A6 duo as well. There is no official word from the company on when the phones will be announced and their pricing. 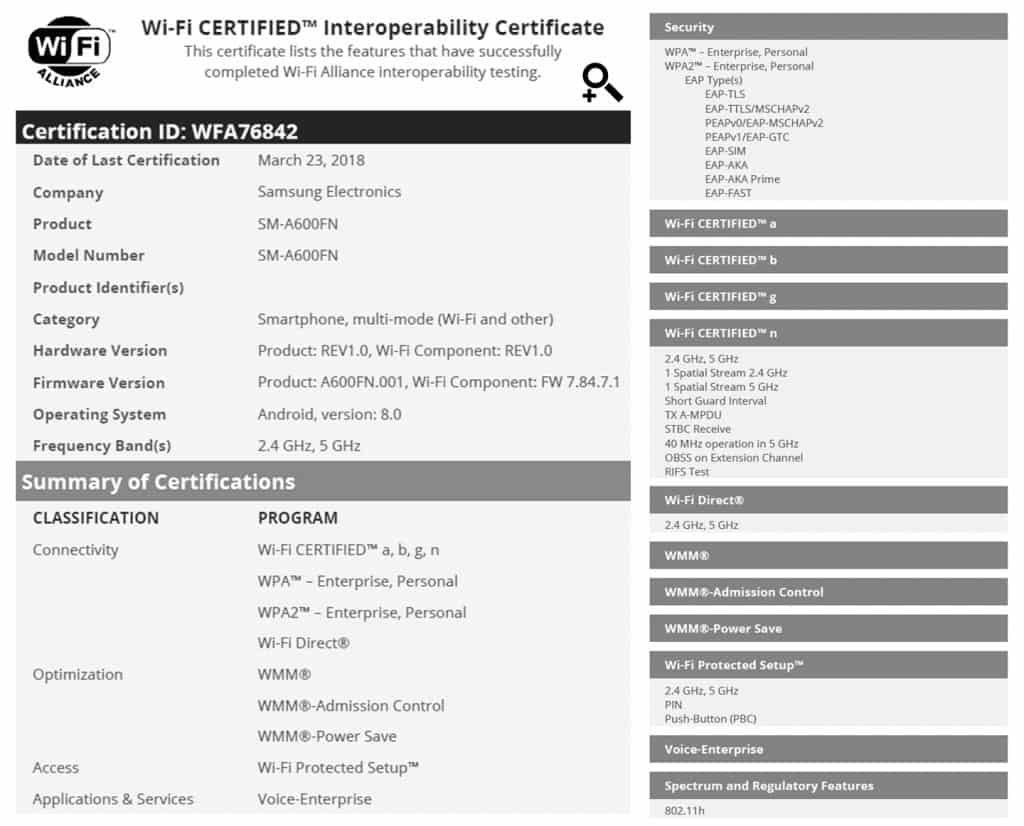