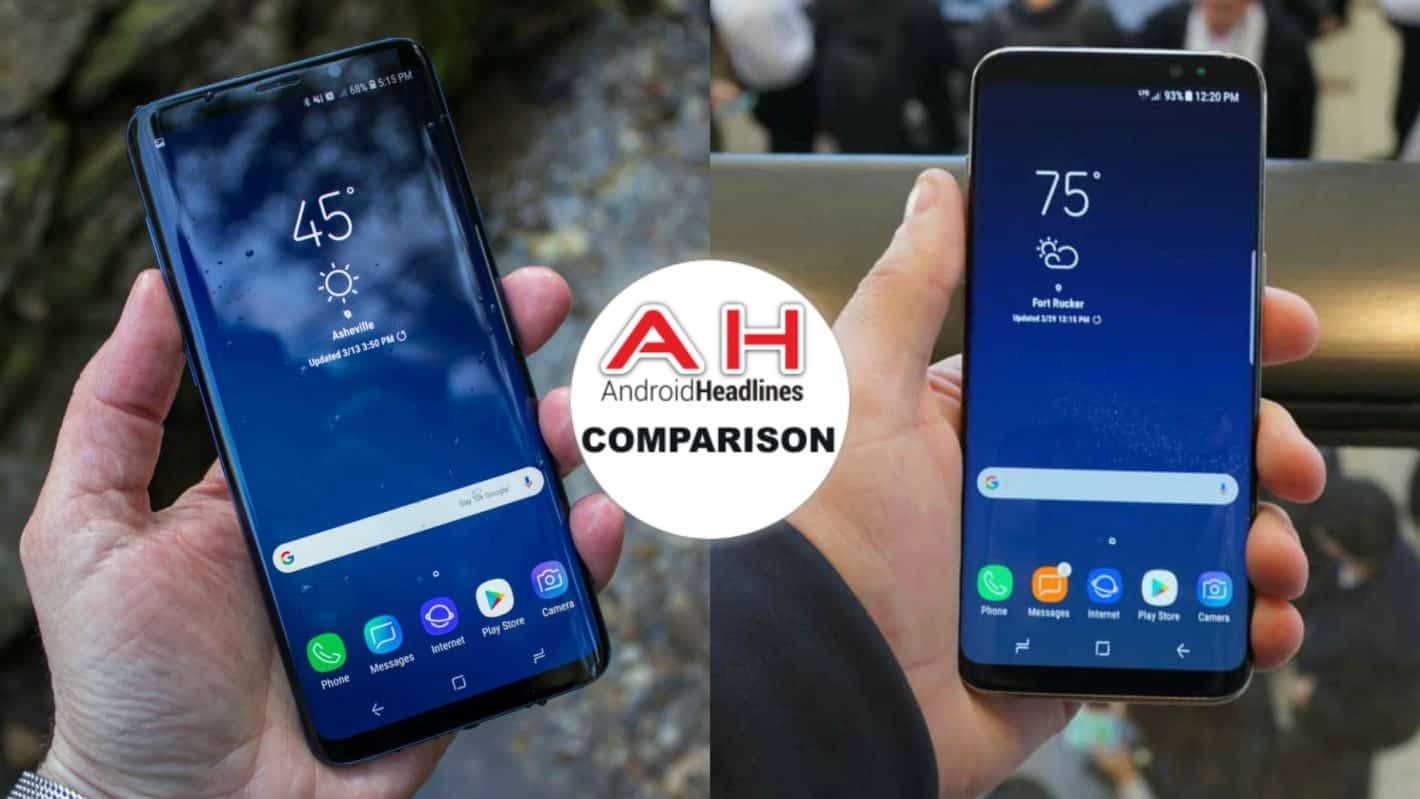 Do we have a good one for you today – we are comparing the new Samsung Galaxy S9 Plus versus its predecessor, the Galaxy S8 Plus, in an attempt to see exactly where Samsung made changes and if those changes are enough to warrant S8 Plus owners to upgrade to the S9 Plus. Obviously, the Galaxy S9 Plus is going to be superior in many ways to the Galaxy S8 Plus – Samsung is always trying to innovate and improve on each model year. Let’s first take a look at what these two devices share in common and then we will take a closer look at each model to discover their differences.

The Galaxy S9 Plus and Galaxy S8 Plus have many things in common. We can start with their physical size and overall look. Both devices are almost identical in size, with the new S9 Plus being slightly shorter and weighing 16 grams heavier. At first glance the fronts of these two devices look identical, however, Samsung changed the left and right curve of the glass to help avoid accidentally opening up any apps when you pickup the device or while holding it in your hand. Both US/China devices use a Snapdragon processor and an Adreno GPU, only different models. Both have the same base 64GB of expandable internal memory and they both use the same 8-megapixel front-facing camera (FFC) with the same specs. The S9 Plus and the S8 Plus both have the same non-removable 3,500mAh size battery, along with Samsung’s Adaptive Quick Charge and Quick Wireless Charging. Both devices offer Samsung Pay, IP68 certification, Hi-Res Audio (higher in the S9 Plus), a 3.5mm headphone jack, facial recognition, iris scanner, a heart rate monitor and SpO2 sensor, and rear-mounted fingerprint sensor. Both are available on all major US networks. 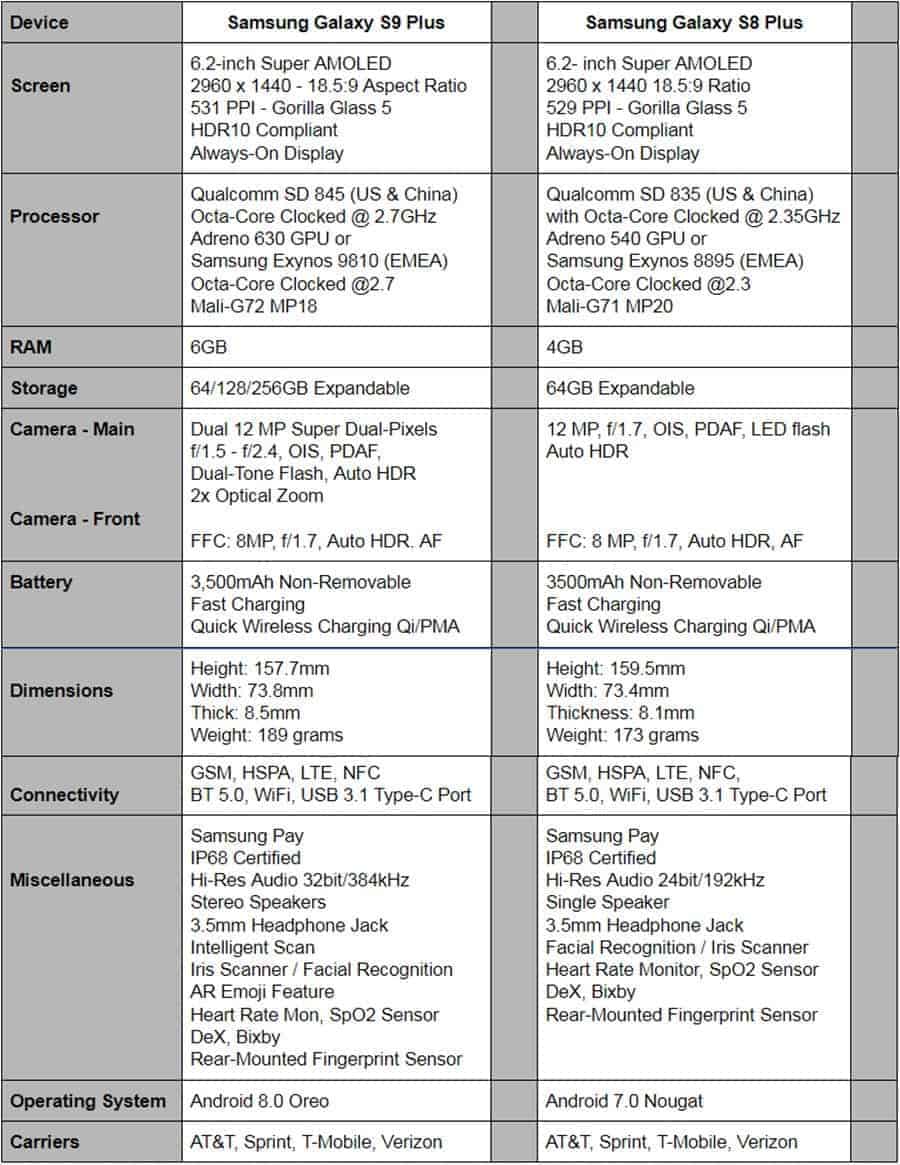 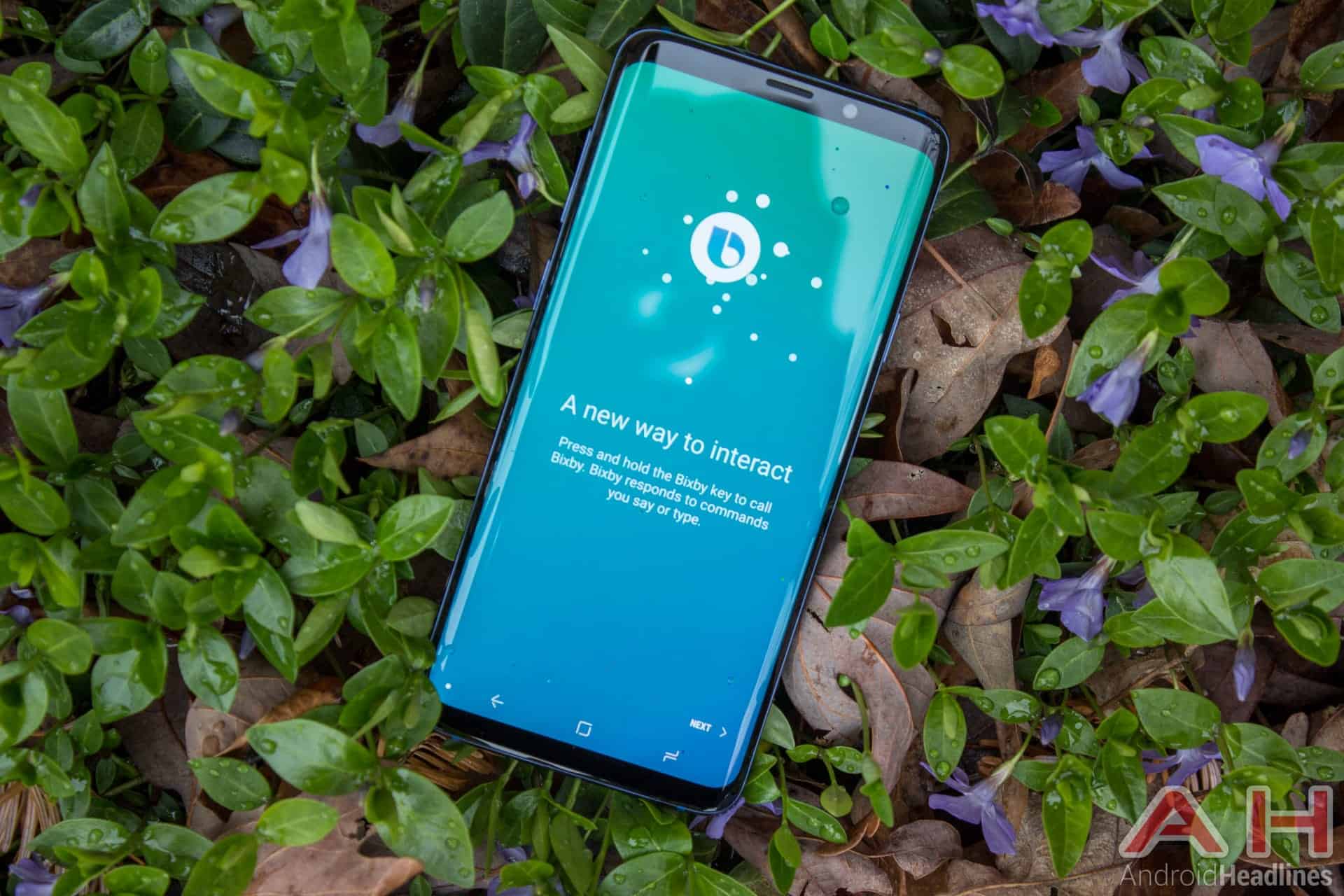 Samsung has pulled off yet another Galaxy S series update that is better than ever – the Galaxy S9 and S9 Plus. After the revolutionary changes made in the design of the Galaxy S8, the Galaxy S9 series is more evolutionary. However, those changes add a great deal of value to what was already a great smartphone. Samsung included the newest Snapdragon 845 for more speed and better efficiency and the Adreno 630 GPU for fantastic graphics. On the Galaxy S9 Plus only, they added 6GB of RAM for multitasking and to help prevent lag. While it retained its 3.5mm headphone jack, Samsung also improved the Hi-Res audio and added stereo speakers. The S9 Plus is fitted with a new dual camera setup in which the main camera uses Samsung’s new adaptive aperture for better low light or bright light photos. The second lens will give you 2x Optical Zoom and 10x Digital Zoom. Samsung also added Intelligent Scan that uses both the facial recognition and the iris scan to unlock quickly your phone in a secure manner. The new AR Emoji feature will allow you to take a picture of yourself and turn it into an emoji.

The Galaxy S9 Plus sports a 6.2-inch Super AMOLED display that Samsung has made even better. The curved edges on the sides of the display are a little smaller, making it easier to pick up the device as well as hold it in your hand without accidentally activating an on screen app. It has a resolution of 2960 x 1440 pixels and 531 pixels-per-inch (PPI). Gorilla Glass 5 protects the Always-On display that saves battery life. For Samsung flagships sold in the US/China it uses the newest Snapdragon 845 octa-core processor clocked at 2.7GHz with an Adreno 630 GPU. Models for the EMEA countries use the Exynos 9810 octa-core clocked at 2.7GHz and a Mali-G72-MP18 GPU. The S9 Plus now packs 6GB (up from 4GB) of DDR4 RAM and a base of 64GB of expandable internal memory. Samsung will also sell models with 128GB or 256GB of memory, but it will depend on your area and carrier whether or not you can order one.

The Galaxy Note 8 debuted last fall with dual cameras, so naturally everybody assumed that the new Galaxy S9 series would also come with dual cameras, however, only the S9 Plus has a dual camera setup. It uses dual 12-megapixel cameras with improved Super Dual Pixels, PDAF, OIS, 2x Optical Zoom, 10x Digital Zoom, and dual-tone LED flash. The most exciting feature of the new camera is its new adaptive aperture on the main camera only that can give you an aperture from a large f/1.5 (low-light pictures) to a smaller f/2.4 (for bright situations). The FCC is an 8-megapixel lens with an aperture of f/1.7, auto-HDR, and autofocus – the same one on the S8 Plus. The Galaxy S9 Plus uses the same non-removable 3,500mAh found on the S8 Plus and it will certainly last you throughout the day. You have a choice of using Samsung’s Adaptive Charge or quick wireless charging for a fast charge when you need one.

The Galaxy S9 Plus has many new and improved features when compared to the Galaxy S8 Plus – which is not surprising, as Samsung has to entice previous owners and new customers with upgrades. The most exciting news has to be the new dual cameras with the adaptive aperture and 2x Optical Zoom. The next improvement is the upgraded Hi-Res audio and new stereo speakers – we have waited a long time for this feature. Intelligent Scan will help the user gain quicker access to their device in a more secure manner. Of course, the new SD845 and the Adreno 630 GPU will make the S9 Plus faster and more power efficient. The new AR Emoji is a fun feature where you can turn your own photo into an emoji and send to others on social media. The Galaxy S9 Plus has the usual Samsung goodies – Samsung Pay, IP68 certification, heart rate monitor, SpO2 sensor, Bixby personal assistant, and an improved Samsung DeX that allows you to make your S9 Plus into a desktop computer. Android 8.0 Oreo, along with the new and less invasive Samsung Experience 9.0 (UI) ships on the new S9 Plus. The device measures 158.1 x 73.8 x 8.5mm and weighs in at 189 grams. It comes in Midnight Black, Coral Blue, Titanium Gray, or Lilac Purple. Retail pricing ranges from $915 to $930, but there are quite a few promotions going on for pre-orders.

Samsung launched Galaxy S8 and Galaxy S8 Plus back in April 2017. These devices introduced us to the new Samsung Infinity Display that has dual curved edges that wrap around into the sides of the device and a Gorilla Glass 5 back. Samsung changed the aspect ratio from the standard 16:9 to 18.5:9 that allows the Galaxy S8 Plus, with a 6.2-inch display to have a smaller footprint. This move also allows the user to have a better entertainment experience as well as two square images when multitasking. The Galaxy S8 series was the first mainstream smartphone to use the Snapdragon 835 processor and Adreno 540. Samsung did away with their iconic Home Button and moved the fingerprint sensor to an awkward position by the camera on the back. Navigation keys are now located on screen and only show up when you need them.

The Galaxy S8 series used the new Infinity Display with an aspect ratio of 18.5:9 with the S8 Plus packing a 6.2-inch Super AMOLED display with a pixel resolution of 2960 x 1440 and producing a 529 PPI density. Samsung sells two models of the Galaxy S8/S8 Plus – the US/China model uses the Qualcomm Snapdragon 835 clocked at 2.35 GHz and an Adreno 540 GPU. The EMEA model sold in most regions around the world is powered by an Exynos 8895 clocked at 2.3 GHz and a Mali-G71 MP20 GPU. The Galaxy S8 Plus sports 4GB of DDR4 RAM and 64GB built-in UFS 2.1 storage that is expandable via a microSD card.

The Galaxy S8 Plus camera area was among the highest rated when it made its debut. It includes a primary camera with a 12-megapixel sensor that uses Dual Pixels. It has a large f/1.7 aperture for low-light situations, phase detection auto focus (PDAF), LED flash, auto HDR and OIS. The FFC is an 8-megapixel sensor with auto-focus, the same f/1.7 aperture, and wide-angle lens with HDR. The Galaxy S8 Plus packs a 3,500mAh non-removable battery with support for Samsung’s Adaptive Fast Charging and wireless charging for both Qi and PMA formats.

Samsung introduced its own AI personal assistant called ‘Bixby,’ on the Galaxy S8 series. It can answer simple questions, like what is the weather as well as more advanced features such as the ability to get information from a picture via the camera of architectural landmarks. You can also point the camera at a sign written in a foreign language and Bixby will translate it for you. Samsung also added a new accessory – DeX – that allows you to hook up your Galaxy S8 Plus to a monitor, keyboard, and mouse for a ‘desktop’ experience – the S9 Plus has an improved version. It is available in Midnight Black, Orchid Gray, Arctic Silver, Coral Blue, Maple Gold, and Rose Pink depending on what markets you live in and what carrier you use. It comes with Android 7.0 (Nougat) out-of-the-box. The device measures 159.5 x 73.4 x 8.1mm and weighs in at 173 grams and cost about $840 when it first came out, although prices will drop with the S9 Plus being released. 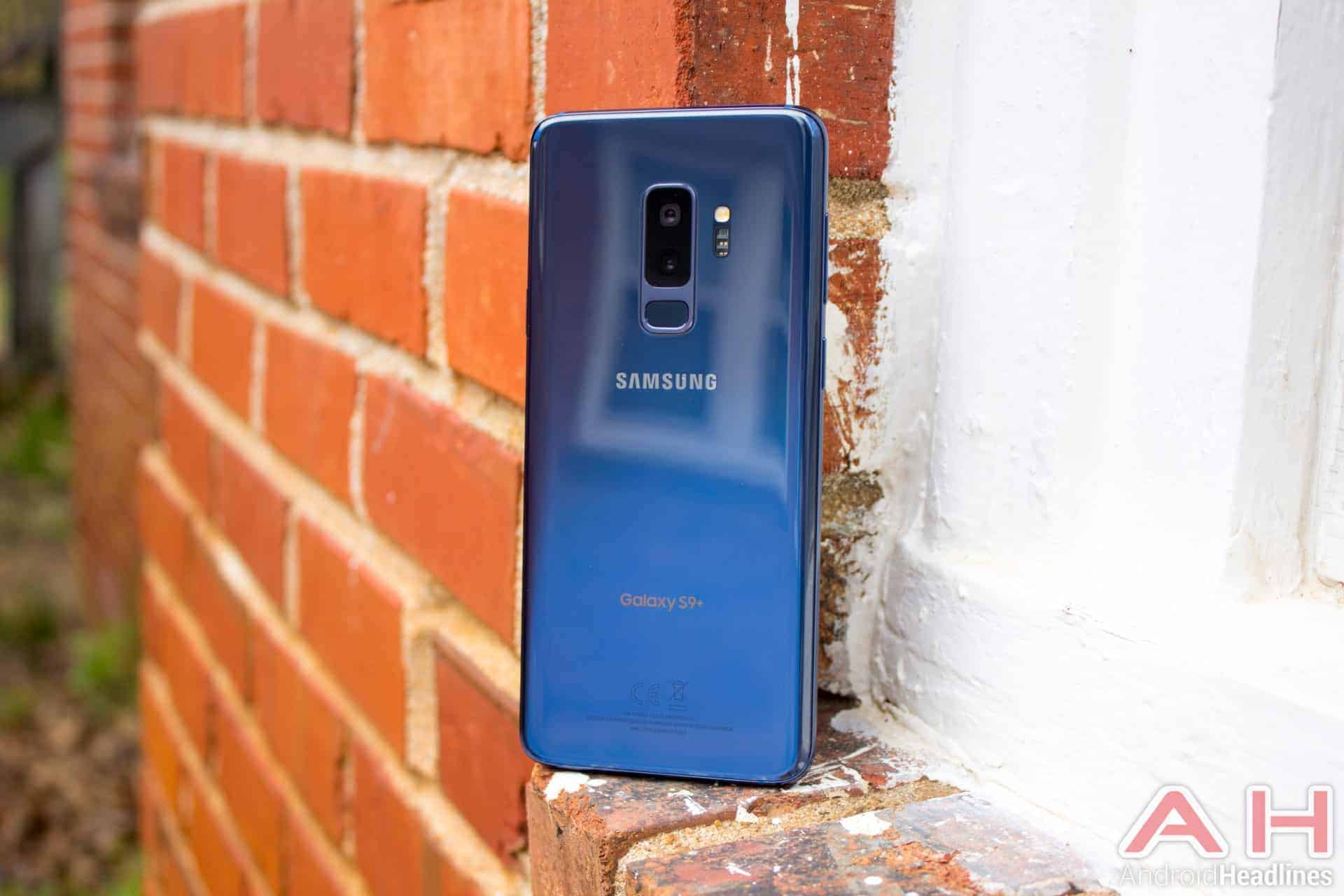 Obviously, the Samsung Galaxy S9 Plus is the superior of these two devices. Samsung improves their devices every year – besides the newest SD845/Adreno 630, this year they improved the Super AMOLED display, added even better Hi-Res audio, added stereo speakers, added Intelligent Scan, added AR Emoji feature, and better placement of the rear fingerprint sensor. The other really big news is the new dual 12-megapixel cameras with Super Dual Pixels, Adaptive Aperture, 2x Optical Zoom, and 10x Digital Zoom. Samsung upgraded these areas and still kept the price about the same as the Galaxy S8 Plus when it first came out.

Does all of that sweetness mean that you should upgrade to the S9 Plus if you already own an S8 Plus – we would have to say, no. The Galaxy S8 Plus is a great device that takes awesome pictures, is already fast with the SD835 and has a terrific Adreno 540. If you must have the faster and more efficient processor, along with the dual camera, than go for it, but otherwise, keep your S8 Plus. Galaxy S7 series users would definitely want to upgrade after two generations of technology.